It is quite common for Muslim apologists and clueless Christians to ramble on about how the big three religions all have a common source, and that we are all really spiritual brothers. They claim that Islam, Christianity and Judaism all appeal to Abraham, and all share the same theological and religious roots.

We also get this so very often from the interfaith folks and the Chrislam crowd. ‘Yep, we are just one big happy family, and we need to just all get along,’ they will try to persuade us. ‘Let’s put aside our differences and realise that we really have so much in common.’

About all we can say regarding this Abrahamic faith tradition line is that Christianity and Judaism certainly have heaps in common, but Islam has very little in common with biblical Christianity, or with Judaism for that matter. All three are monotheistic religions (albeit with a three-in-one God for Christianity), which affirm a creator God who will one day judge the world, believe in the reality of angels, and so on.

But the Abrahamic religions differ big time on far too many other key beliefs. The very core teachings of Christianity for example, that God had a Son who died on the cross and rose again are all vehemently denied by Islam. But see here for more on these crucial differences;
billmuehlenberg.com/2013/03/18/islam-and-christianity-major-differences/

But this foolishness of a common heritage keeps being paraded, as I say, by Muslims of course, trying to ingratiate their way into the other two faith traditions where they simply do not belong, and by Christians who don’t seem to have a clue about their own faith, let alone Islam.

Well one very careful thinker who does know quite a lot about both Islam and Christianity is William Kilpatrick. He has written plenty on this topic, including his very important 2012 book, Christianity, Islam and Atheism: billmuehlenberg.com/2013/02/26/a-review-of-christianity-islam-and-atheism-by-william-kilpatrick/ 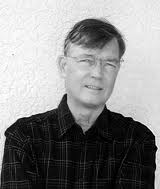 He has a terrific new article in Crisis Magazine about these issues, and is well worth quoting. He speaks of “the United States Conference of Catholic Bishops’ stance on Islam—namely, that Islam is a sister faith with which we have a close affinity.”

He notes how many of these Catholic leaders keep going on about how we should just “live together” with Islam and enjoy the “unity” the two share. His response is absolutely spot on:

Meanwhile, back in the real world, Christians are being butchered by the hundreds and thousands by their “partners in faith.” As Islamic terrorism spreads across the globe, Church leaders might want to reconsider the common-ground-with-Islam policy that has been in place since Vatican II. It’s one thing to affirm the common humanity shared by Christians and Muslims; it’s another thing altogether to assert that they share a common belief system.

The “Living Our Faith Together” approach is fraught with real dangers:

What’s the interfaith common ground on jihad? On the equality of men and women? On amputation for theft? On the doctrine that Islam should reign supreme over all other religions? Is it wise to emphasize our “shared values” with a religion that inspires so many to maim and murder? To use an analogy, why would you want to tout your common ground with the local bully who beats his wife and intimidates his neighbors?
To ask a more basic question, why would you want to advertise your “common heritage” with a made-up religion? Even if Islam did not have a long history of depredations, in what sense does it qualify as a revealed religion—other than the fact that it claims as much for itself? Do the Catholic participants in the Muslim-Catholic dialogue believe that Muhammad actually received a revelation from God? If they don’t, then they are in danger of being involved in a pretense. Why do the claims of Islam merit so much serious consideration—let alone respect and esteem—if its founder was the perpetrator of such a massive fraud?
Despite all the fashionable talk about our shared heritage, there is no organic connection between Islam and Christianity as there is between Christianity and Judaism. Muhammad borrowed ideas and stories from the Torah and the Gospels, but the Koran can hardly be considered an outgrowth or fulfillment of either. It’s more accurate to say that Muhammad hitched a ride on the Jewish and Christian traditions. He saw them, in other words, as a vehicle for his own aspiration. And that aspiration—which jumps out from almost every page of the Koran—was to be a prophet.
Initially, Muhammad seemed content to be accepted as a prophet within the Jewish tradition, but when he was rebuffed by the Jews of Medina, it became apparent that his motivation was simply to be a prophet at any cost. Muhammad began to accuse the Jews and Christians of having distorted and falsified the revelations that were given to them, and he presented the Koran as the pristine revelation that the Jews and Christians had been guilty of distorting.

Quite right. He concludes this way:

One can find many resemblances between the Koran and the Torah and a handful of similarities between the Koran and the Gospels, but one can also find compelling evidence within its pages that it is, in fact, the “invented tale” that its author takes great pains to deny. (For examples of these denials see 11:13, 12:112, 32:1-2, 34:43.)
This being the case, Catholic bishops ought to be careful that, in their eagerness to show respect for Islam, they do not go overboard on the matter of “common ground” and “shared heritage.” What is the point of affirming your unity with a belief system that largely developed out of one man’s megalomania? What does it matter if Muslims revere Jesus, if the Jesus they revere was introduced into the Koran for the purpose of denying the claims of Jesus of Nazareth while enhancing the claims of Muhammad the prophet?
Muslims refer to the Koran as the “Holy Koran.” So also do numerous Western leaders including presidents, prime ministers, and four-stars U.S. generals. Bishops, however, should be more cautious about assigning sacred status to a book of such dubious origins. If the chief purpose of dialogue is to allow clerics of different faiths to congratulate each other on their shared open-mindedness, then it helps to concentrate on the mutual heritage aspect and to avoid the obvious stumbling blocks. But “let’s pretend” is not a very sound basis on which to move both parties closer to the truth.
What currently seems like the height of enlightened sensitivity on the part of bishops may eventually look like a display of simple foolishness. And, considering how rapidly our illusions about Islam are being deflated by the march of events, “eventually” seems due to arrive well ahead of schedule.

Of course it is not just clueless Catholic Bishops we have to be worried about here. There are plenty of Christians of all stripes who don’t seem to know the first thing about Islam – or even their own faith for that matter. That is a recipe for disaster. In that case, Islam wins, and Christianity loses.

And there will be plenty of these Christian dhimmis who will also lose their heads along the way.

12 Replies to “No, We Are Not From the Same Faith Tradition”