Anyone involved in the kind of work that I do, and for as long as I have, will likely have encountered every weird, whacky and wild idea, thought and writing out there. With an interactive blog site, as well as various social media connections, I am in touch with people from around the world 24/7.

I constantly deal with all sorts of people, all sorts of issues, and all sorts of ideas. And I tell you, some real lulus can be found in cyber space. You get some of the most bizarre, illogical, quirky and loony comments and remarks imaginable. 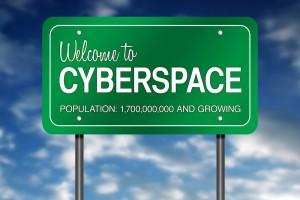 I guess the fact that so much of what can be said in cyberspace can be done with complete anonymity means that some people think they can get away with murder. They will unleash the most mind-boggling remarks, the most wild accusations, and the most moonbeam opinions possible.

I could write a small book about some of these gems. Often they go straight into the bin because they are so incredibly unhelpful, dangerous, dopey or deceptive. But sometimes I try to interact with such folks and their remarks. I usually do not get very far however, and often I have to just end a discussion when it is clear that it is going nowhere fast.

Let me then just offer a few examples of this, all from the past few days. Some are just the result of real sloppy thinking. Some may be because of deliberate deception. Some may be offered with good intentions, while others may just be folks lashing out in anger or argumentativeness.

My first example is this: I got this bizarre remark on CultureWatch: “Sometimes Bill you don’t have to have an opinion about everything that happens in the world and relate it to Godly and biblical principles.” Umm, I don’t? So what should I relate them to? Atheism? The New Age Movement? Islam?

I am a Christian of course so everything I do, say and think relates to Godly and biblical principles. Why wouldn’t they? Of course I don’t know if this guy is a believer or not. If he is a Christian, he should know better. The Lordship of Christ is to extend to every area of life as Scripture makes clear.

If he is a non-Christian, he also has a worldview he is operating from, be it secular humanism or whatever. Whether he is conscious of this worldview or not, he is always bringing it to bear on what he thinks, says and does. So the idea that I am stuck in my worldview but he isn’t is just silly.

It is all the more bizarre when the home page of my website clearly says this: “This website is devoted to exploring the major cultural, social and political issues of the day. It offers reflection and commentary drawing upon the wealth of wisdom found in the Judeo-Christian tradition.”

And even more bizarre is the fact that I don’t always bring in “Godly and biblical principles” into my articles. I may well write about matters that may be rather trivial, so no biblical commentary is necessary. Or often I am making the case for something, but using just secular grounds to do so. So he is wrong on that account as well.

My second example is not too serious, but still reflects some rather dodgy thinking. A friend passed on this: “Some Christian women say they experienced very little childbirth pain because they claimed certain scriptural promises etc. What say you? Can Christians lessen the curse of pain in childbirth by appropriating their position in Christ? Anyone had this kind of experience in birthing?”

Now if I were a pregnant female I might ask similar sorts of questions as well! But the advice she got seems to me to not be all that helpful. It may be more of a case of wishful thinking. It is at least poor biblical exegesis. The simple fact is, because of the fall, sin, suffering and death continue until Christ returns.

Even believers are subject to this – we also suffer, sin (to some extent) and die. Believing that the work of Christ fully removes all hardship and suffering in this life is known as the error of an over-realised eschatology. It assumes that all the benefits associated with Christ’s second coming can be fully appropriated now in this sinful world.

So we better not get our hopes up here. We can certainly all pray for a smooth delivery, and God can certainly give grace in this area. But we better not think a quick name-it-and-claim-it prayer will make a delivery pain-free. However, you can see a fuller theological discussion of these matters here: https://billmuehlenberg.com/2008/01/28/living-between-the-ages/

Finally, consider the ongoing conflict in the Middle East, particularly the Hamas war against Israel. I find more muddled morality and threadbare thinking on this issue than I can stomach. With yet more hundreds of rockets raining down on Israel, the loonies are again out in force, incredibly claiming that all this is somehow Israel’s fault.

Or they foolishly claim that both sides are equally at fault here. They are utterly clueless as to what is actually going on. They are living in a dream world, and a PC one at that. Israel of course does everything possible to minimise civilian casualties, including telling their enemy beforehand when and where they are striking.

Hamas does everything it possibly can to maximise civilian casualties, especially by targeting civilians, and carrying out its attacks hiding behind civilians. They will launch missiles from homes, schools and hospitals, waiting for Israel to defend itself.

Then when civilian casualties take place, just as Hamas intended (and they even command civilians not to get out of harm’s way), a loathsome mainstream media will come in with their cameras blazing, seeking to further demonise Israel. There is no moral equivalence here whatsoever.

But those who are clueless or simply Israel haters keep rambling on and on about this. They really should stop relying on the ABC or SBS and actually seek to learn a few facts here. Even paying attention to a few headlines such as the following would be a good place to start:

-20 missiles found in UN-run school in Gaza
UNRWA apologizes to Israel, condemns a ‘flagrant violation of the inviolability of its premises’ and promises investigation; Israel calls on UN to ‘act strongly’

In addition, see the last three links below for some brief but helpful articles offering moral clarity on the Gaza situation. But some people seem to prefer blissful ignorance and kneejerk emotional reactions instead of actually dealing with facts and reality.

Consider one fellow who made this claim: “There is a better way … its time the IDF learned how to play ice hockey, and teach this to the Gazans.” He sent in a link about this, with the headline: “Middle East peace on the ice: Hockey team brings Jewish, Muslim kids together.”

When I suggested that this would likely do zippo to deal with the deep-seated problems in the Middle East, he came back insisting that this was the way to go, offering this bit of wisdom: “Games are an excellent practical effort to consider as an alternate to what we have now. Think Chess, Olympic Games, Soccer …”

I really thought for a moment that this guy must be a stand up comedian or something, and was just having me on. But sadly, I think he was actually serious here! According to this, for all these centuries we have missed this perfectly obvious answer to obtaining world peace.

Yep a hockey game will solve all the problems in the Middle East. How foolish of us all to miss it. Had Hitler and the Allies simply sat down for a few ping pong matches, WWII would never have taken place! If we can just have Obama and Kim Jong-un get together and play a game of darts, everything will be sweetness and light in that part of the world.

And there I thought that most of the Muslim world had sworn to destroy Israel, but it is just the lack of a good badminton match that would bring lasting peace to the Middle East. I must say I am baffled that such ideas can actually be put forward with a straight face.

Sadly far too many people – Christians included – are absolutely ignorant or blind to the situation Israel faces. It is surrounded by enemies who have vowed to drive it into the ocean. The Hamas charter states that peace “will not come until Muslims will fight the Jews (and kill them) …” But all we get from many folks is more mindless moral equivalence, or hockey match diplomacy.

As I say, this is all just par for the course. I get inundated with this sort of stuff every day. It speaks much to where so much of the West is at nowadays. And it can be extremely worrying.