When politics and political correctness trump medicine and public health and safety, then we all suffer greatly. We see this happening far too often but it has become standard operating procedure when it comes to homosexuality and the deadly HIV.

All over the West our ruling elites, politicians, and even medical communities have politicised HIV/AIDS and endangered lives as a result. The god of homosexualism can never be challenged, never be questioned and never be disputed. Everything must give way to this dangerous and high-risk lifestyle. 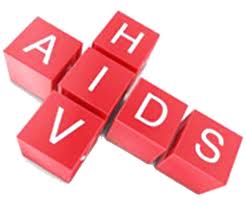 The Victorian government is a perfect example of how reckless and irresponsible leaders have bowed the knee to the homosexualist religion, and cast aside common sense and the community good. The Napthine government is distancing itself from a pro-family conference to be held here soon, viewing it as homophobic!

Yet at the same time the Health Minister has come out telling us that targeting those who deliberately spread HIV is wrong. Yes you heard me correctly. As one news item states:

Australia’s only HIV-specific law that criminalises the intentional transmission of the virus will be amended, the Victorian health minister, David Davis, announced to a standing ovation of HIV researchers and advocates at a satellite event to the Aids 2014 symposium in Melbourne….
The act currently states “intentionally causing a very serious disease” is a criminal offence in Victoria – with “very serious disease” defined exclusively to mean HIV infection. “We have committed to review and amend this section to ensure it is non-discriminatory, in consultation with HIV medical, research and support communities,” Davis said.

What? What is this nonsense about being non-discriminatory? We already know the facts here. The overwhelming majority of HIV cases are due to male to male sex, or intravenous drug use. If we know precisely who the main risk groups are, then of course we should be highlighting those groups.

And in the meantime, people are contracting HIV and dying, all around the world, because of such gutless policies, the power of the homosexual juggernaut, and raging political correctness. At least some places still consider this dangerous and therefore illegal behaviour.

Consider a case in Missouri where a man has been charged with spreading HIV: “Mangum faces a charge of reckless exposure to HIV infection after police say he admitted to having more than 300 partners with 50 to 60 of those in Stoddard County.”

And because of all this mind-numbing and morally irresponsible political correctness, HIV continues to be a massive problem in Australia. As one report states:

The number of people diagnosed with HIV in Australia remains at 20-year highs. Annual data released from the Kirby Institute shows 1,235 new cases were diagnosed last year. The figures have been released ahead of a global AIDS conference in Melbourne next week. They show that HIV rates have been steadily rising in Australia since 1999 and more than 26,000 people are now living with the virus. Researchers say they are concerned about complacency and that unprotected sex between casual male partners is a leading contributor to the increase.

Also consider this, just in from the US:

A new report from the U.S. Centers for Disease Control and Prevention states that although the annual diagnosis rate of HIV has dropped by one-third in the general population, the percentage is increasing among young gay and bisexual males. HIV, the virus that causes AIDS, has been dropping among heterosexuals, drug users, and women, but the rate for young gay and bisexual males has risen over 100%.

In my book Strained Relations I speak much to this issue, so let me close with some material taken from the book:

Given that the normal procedures associated with infectious diseases have not been used on AIDS, for fear of homosexual protests, it is clear, as some have put it, that AIDS has become the nation’s first politically protected disease. But AIDS should be treated as a medical issue, not a political one. AIDS is a health epidemic, requiring stringent measures. This should include all the normal means of prevention of transmission: Public Health Departments should be able to know who has the disease through case monitoring and contact tracing; routine testing must be undertaken; and notification of carriers should be mandatory. As one author says, “we must stop romanticizing AIDS”.

As a co-founder of the Children’s AIDS Fund in America put it, “Never before in medical history have we made it the responsibility of the individual exposed to a contagious or infectious disease to end such an epidemic. With HIV/AIDS, the medical and public health communities during the first fifteen years of the epidemic largely removed themselves from the intervention through aggressive diagnosis and reporting consistent with their approach to similar diseases.”

It is because we have refused to treat HIV/AIDS as we have any other public health risk, that we now are paying a terrible price. One doctor puts the situation in striking terms: “If a foreign nation were to attack our shores and kill 10,000 Americans, it would be considered an act of war. Yet, millions of Americans have already been unnecessarily infected in this epidemic and they will almost all die. The tragedy is that this epidemic should never have occurred.”

At bottom, AIDS is not primarily a health issue but a behaviour issue. Stop the behaviour (homosexual activity, and needle-based drug use) and you pretty well stop the disease. These are not just the thoughts of bigoted right wingers. Here is how one practicing lesbian puts it:

“Let’s be honest. There is a way to stop the spread of AIDS – it’s called abstaining from sex. Unlike with Alzheimer’s disease, Parkinson’s disease, or diabetes, you can make a decision to not get AIDS (with a few unfortunate exceptions, like the child of an infected mother or the victim of a contaminated blood transfusion). Considering its preventability, there is no excuse for AIDS being the biggest health crises we as a people face.”

Another homosexual, writing in a leading American homosexual magazine, The Advocate, says that young homosexual men “are ignorant to a disease that has been around over 20 years. And if they are gay and male, they doubly deserve it. We’ve seen firsthand what it can do but choose to ignore that in favor of our own carnal desires.”

Fortunately a bit of sanity is reentering the debate. A leading Californian homosexual group has decided to go straight – that is, decided to get back to the truth about AIDS. The L.A. Gay and Lesbian Center is trying to reach the many homosexual men who have become complacent about HIV and AIDS. They have launched a major ad campaign with the frank admission: “HIV is a gay disease.”

27 Replies to “HIV and PC Madness”