It will come as a shock to some people, especially the secular lefties, but when someone has guilt feelings, it is usually because they are in fact guilty. So instead of just trying to deal with the superficial level of feelings, they really ought to deal with the root causes.

Yet they so often will just lash out at anyone who even remotely brings up in a general fashion the thing they are struggling with, and/or living in denial about. We find this happening all the time. People who lash out at prolifers in most cases have had an abortion themselves, and the guilt is still there, so they hate anyone even discussing this issue.

In a similar vein, those who get angry at you for even daring to talk about divorce and its downsides are usually those who have had a divorce themselves. Instead of dealing with it, and perhaps admitting that they may have made a mistake, they will angrily lash out at anyone who even mentions the word. 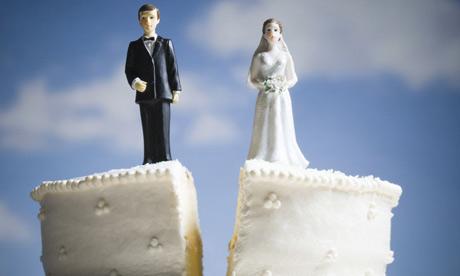 We seem to have another prime example of this in a major newspaper today. Both I and Family Minister Kevin Andrews are being taken to task by an angry feminist for daring to say something about divorce, and the costs of divorce to the community, individuals, marriages, and children.

Instead of carefully dealing with the arguments Andrews and I made, all we get is a blistering tongue-lashing from an obviously rather bitter person who is still struggling to come to terms with her own marriage breakdown. As I say, it is always easier to just attack others than actually deal with one’s own issues.

And that certainly seems to be the case in this article. Instead of dealing with the arguments, all we get are attacks on the person. The logical fallacy of ad hominem attacks is always the easy way out. Consider her enlightened and rational interaction with me in this quote:

One of the advocates of the Government’s scheme, former missionary and secretary to the Family Council of Victoria, Bill Muehlenberg, stated, “It is harder to get fired from McDonald’s family restaurants today than it is to walk out on a marriage.” Not only is this utter rubbish that demonstrates such ignorance about what’s involved in the monumental decision to separate and or divorce and the legal processes, it contributes to the notion that divorce is taking the easy way out.

OK, notice all the evidence, facts and arguments she uses to refute my position. Oh, sorry, there are none. Instead it is attack mode from the word go. Just say it is “utter rubbish” and speak about one’s “ignorance”. There, that settles that argument. Next.

Oh, and when you want to discount the evidence presented by someone, just seek to make nasty attacks on his person and character, and pretend this somehow disqualifies them from the right to say anything. Notice how she speaks of me as being a “former missionary”. What in the world does that have to do with anything?

Absolutely nothing of course, but she is playing the old game of trying to avoid dealing with an argument by painting a person in the darkest possible colours. To call someone a missionary today is of course a pretty low blow. This is what she is really saying: ‘We all know how terrible those folks are, now don’t we? So we can just ignore anything they have said.’

And of course this has already been going on from the very beginning of her article. She speaks about the costs Andrews seeks to save in keeping marriages together as “a pathetic nanny state plan pandering to the religious right”. Oh, really? So to be concerned about marriage, family and children and the social good is simply a nefarious agenda item of the religious right?

Well maybe this ornery feminist thinks these things are all a joke, but ordinary Australians by the millions think these are vitally crucial things. They have a much higher view of marriage and the wellbeing of children than she obviously does.

Speaking of children, she incredibly tries her hardest to claim that children get by with parental divorce just fine. No probs, it is all cool. She even appeals to one book to back up her claims. Never mind that she ignores a mountain of social science data that suggests otherwise.

The research is quite clear on this: on the whole, most children suffer tremendously from their parent’s divorce, and do so for decades to come. I can cite plenty of studies and books here. Let me just mention a few I have previously written up:

As I say, it seems that the main reason this feminist wrote this attack article was to simply justify her own shortcomings here. No matter how loudly she screams things like ” D.I.V.O.R.C.E. is not a dirty word,” the reader is left with the clear impression that deep down she knows it really is.

But as a gung-ho feminist she has to defend no-fault divorce to the death, otherwise she would have to burn her “Fem for life” card. She is committed to her ideology, so she has to rail against anyone who defends marriage and suggests that divorce is not so hot.

Indeed, she has to utterly whitewash the whole thing, and claim that divorce should be readily available for anyone at any time. After all, she complains that what else can one do when “you’ve drifted apart and lost interest in” someone. Forget about “till death do us part” and all the other solemn commitments and obligations she once may have made.

If you “lose interest” in your partner and your marriage like you do an old CD or a handbag, then just dump it. Why bother working at something, making sacrifices, seeking to put some effort into restoring things? Just treat marriage like everything else in a throwaway society.

That is the mantra of today, and it has been heavily aided and abetted by leftism and the feminist ideology. Indeed, as Santayana once remarked, “the chief aim of liberalism seems to be to liberate men from their marriage vows.” Losing interest? Drifting a bit? No probs. Just walk out – it ain’t no biggie.

And that is exactly what feminism and no-fault divorce have given us: the most easily broken contract in the West today. While she may not like it because it does not fit her ideology, what I said is perfectly true: it is harder to get fired from McDonalds than to dump one’s marriage partner today.

And that is just the way our commitment-free, irresponsible and selfish generation want it. So our feminist writer writes an entire column, lashing out at those who want to defend and promote marriage, love and commitment, while she takes her stand for her unsavoury ideology.

Well good luck with that miserable worldview. I prefer a worldview that values commitment, dedication, self-sacrifice and genuine love, which seeks the highest good of the other person, not a worldview that elevates selfishness above everything else, even the wellbeing of children, and the good of society.

18 Replies to “Bigotry, Agendas, and Guilt”