With over a half century of solid social science research now in, we know quite clearly that children do best by every measure when raised by their own biological parents, preferably cemented by marriage. Not only is the evidence for all this overwhelming, but we also know that each individual parent – the mother and the father – plays a vital and unique role in the well-being of children. Each one contributes greatly to the rearing and raising of children.

Mothers and fathers are different, in other words, and each has a key role in shaping and developing the child. Let me look in more detail at just one aspect of this: the vital role of the father in his daughter’s life. There are now thousands of studies on the importance of fathers in general, with full-length books also discussing this. In particular, a dad brings unique and vitally important input into a daughter’s life, and when dad is absent, the daughter suffers in many ways. 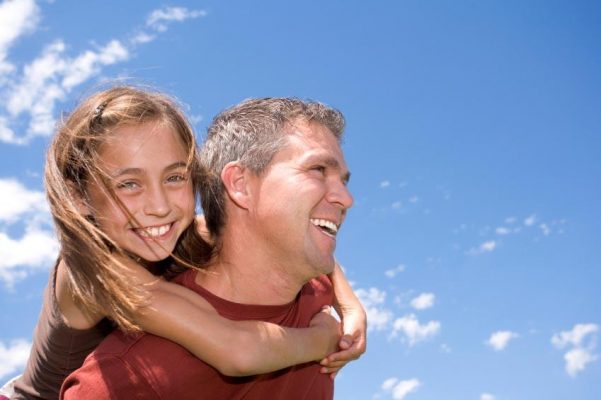 As already stated, the research on this is voluminous, so only a few highlights can here be offered. Father presence, input and affirmation all correlate with better outcomes for daughters. Many studies for example have shown a close connection between “the relationship between fatherly affirmation and a woman’s self-esteem, fear of intimacy, comfort with womanhood and comfort with sexuality” as one study puts it.

A researcher from Wake Forest University in America found that “fathers generally have as much or more influence than mothers on many aspects of their daughters’ lives. For example, the father has the greater impact on the daughter’s ability to trust, enjoy and relate well to the males in her life … well-fathered daughters are usually more self-confident, more self-reliant, and more successful in school and in their careers than poorly-fathered daughters… Daughters with good relationships with their father are also less likely to develop eating disorders.”

Another study found that “there were statistically significant relationships between engagement and accessibility with the daughters’ self-esteem and life satisfaction” and father involvement. And a further study from the US found a “relationship between father-daughter relationship quality and daughters’ stress response”.

The research also finds a host of issues surrounding sexual problems. When dads are absent, daughters can get into all sorts of trouble in this area. Here are some of the findings. Studies from many different cultures have found that girls raised without fathers are more likely to be sexually active, and to start early sexual activity. Father-deprived girls “show precocious sexual interest, derogation of masculinity and males, and poor ability to maintain sexual and emotional adjustment with one male”.

Another US study found that “father engagement seems to have differential effects on desirable outcomes by reducing the frequency of behavioural problems in boys and psychological problems in young women”.

New Zealand research has found that the absence of a father is a major factor in the early onset of puberty and teenage pregnancy. Dr Bruce Ellis, Psychologist in Sexual Development at the University of Canterbury in Christchurch found that one of the most important factors in determining early menarche is the father: “There seems to be something special about the role of fathers in regulating daughters’ sexual development”.

Physical problems also can be noted when fathers are absent. A recent Australian study showed that obesity among girls in single-parent households continues to be a major problem. Deakin University health researchers studied nearly 9000 children aged between four and nine and found higher rates of overweight and obesity in girls from single-parent families than those in two-parent families.

Brain development can even be impacted by fatherlessness. Dr Gabriella Gobbi carried out research on this at McGill University in Canada. A summary of her findings says this: “Growing up without a father could permanently alter the structure of the brain and produce children who are more aggressive and angry, scientists have warned. Children brought up only by a single mother have a higher risk of developing ‘deviant behaviour’, including drug abuse, new research suggests. It is also feared that growing up in a fatherless household could have a greater impact on daughters than on sons.”

Also, the likelihood of girls getting involved in antisocial and harmful behaviour is also increased because of father absence. As sociologist David Blankenhorn puts it, “If the evidence suggests that fatherless boys tend toward disorderly and violent behavior, it just as clearly suggests that fatherless girls tend toward personally and socially destructive relationships with men, including precocious sexual activity and unmarried motherhood.” Here again a raft of studies can be appealed to.

And as already noted, even something like one’s hormones can be influenced by the presence or absence of fathers. As science writer Paul Raeburn, author of Do Fathers Matter? (Farrar, Straus and Giroux, 2014), states, “Girls who grow up with an engaged, involved father have a reduced risk of early puberty, risky sexual behavior, and teen pregnancy. The explanation could be that fathers’ scent alters the hormonal activity in their daughters.”

And a host of studies show that girls are far more at risk of sexual abuse when the father is not present. As but one example, a Finnish study of nearly 4,000 ninth-grade girls found that “stepfather-daughter incest was about 15 times as common as father-daughter incest”.

There is so much research now out on this that entire volumes have been penned examining the data. Let me highlight just two such books. The first is Strong Fathers, Strong Daughters by American paediatrician Dr. Meg Meeker (Ballantine Books 2007). In it she demonstrates how vitally important a girl’s relationship with her father is to her mental, physical and social development.

The second book is by Bruce Robinson. Daughters and Their Dads (Macsis Publishing, 2008) also focuses on this vital relationship. As Robinson states in his opening chapter, “There is an incredible power in the father-daughter relationship, a power which strongly influences a woman’s future for good or bad. Girls long for affection and affirmation from their fathers. The influence that fathers have on their daughters is profound and lasts for the whole of their lives and it creates a hole in their lives if it is absent…. Many published studies have confirmed the powerful effect that fathers have on daughters with few dissenting voices.”

The evidence is clear: girls need their dads, and they suffer greatly in many respects when their biological father is absent.

11 Replies to “Daughters and Their Dads: The Vital Relationship”