I have said it before, and I might as well keep saying it: contemporary Western Christians are in desperate need of developing a theology of suffering. We have picked up this strange and unbiblical idea that Christians are never supposed to suffer, and that it is only always a bad thing.

Not only do we simply ignore the numerous biblical passages which speak to the value of suffering, but we actually believe that we should somehow be exempt from suffering. We think we are owed the good life, a problem-free life, where everything is just peachy, and we can live our best life now.

It certainly does not help when we have mega-preachers making this the cornerstone of their preaching. They say come to Jesus and all your problems will be solved, you will be successful, you will be wealthy, you will be happy, and you will have everything you ever dreamed of.

That is a blatantly false gospel, and has nothing to do with biblical Christianity. The Apostle Paul on occasion boasted about his Christian life, but it had nothing to do with the huckster preachers of today. Consider what he boasted of, as found in 2 Corinthians 11:21-30:

Whatever anyone else dares to boast about – I am speaking as a fool – I also dare to boast about. Are they Hebrews? So am I. Are they Israelites? So am I. Are they Abraham’s descendants? So am I. Are they servants of Christ? (I am out of my mind to talk like this.) I am more. I have worked much harder, been in prison more frequently, been flogged more severely, and been exposed to death again and again. Five times I received from the Jews the forty lashes minus one. Three times I was beaten with rods, once I was pelted with stones, three times I was shipwrecked, I spent a night and a day in the open sea, I have been constantly on the move. I have been in danger from rivers, in danger from bandits, in danger from my fellow Jews, in danger from Gentiles; in danger in the city, in danger in the country, in danger at sea; and in danger from false believers. I have labored and toiled and have often gone without sleep; I have known hunger and thirst and have often gone without food; I have been cold and naked. Besides everything else, I face daily the pressure of my concern for all the churches. Who is weak, and I do not feel weak? Who is led into sin, and I do not inwardly burn? If I must boast, I will boast of the things that show my weakness. 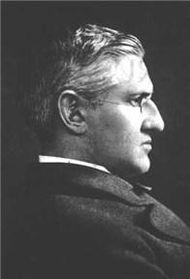 His weakness, his hardship, his suffering – that is what Paul exalted in. And all the great men and women of God throughout church history could say the same. In this regard, let me share just one story here with you. You may not be familiar with the name, but his is an incredibly moving story, full of suffering, but full of the grace of God.

I refer to Horatio Spafford. Many would be more familiar with a hymn of his, and it is worth giving context to both. Many have told this story, so let me just offer one account:

Horatio Spafford (1828-1888) was a wealthy Chicago lawyer with a thriving legal practice, a beautiful home, a wife, four daughters and a son. He was also a devout Christian and faithful student of the Scriptures. His circle of friends included Dwight L. Moody, Ira Sankey and various other well-known Christians of the day.
At the very height of his financial and professional success, Horatio and his wife Anna suffered the tragic loss of their young son. Shortly thereafter on October 8, 1871, the Great Chicago Fire destroyed almost every real estate investment that Spafford had.
In 1873, Spafford scheduled a boat trip to Europe in order to give his wife and daughters a much needed vacation and time to recover from the tragedy. He also went to join Moody and Sankey on an evangelistic campaign in England. Spafford sent his wife and daughters ahead of him while he remained in Chicago to take care of some unexpected last minute business. Several days later he received notice that his family’s ship had encountered a collision. All four of his daughters drowned; only his wife had survived.
With a heavy heart, Spafford boarded a boat that would take him to his grieving Anna in England. It was on this trip that he penned those now famous words, When sorrow like sea billows roll; it is well, it is well with my soul.
Philip Bliss (1838-1876), composer of many songs including Hold the Fort, Let the Lower Lights be Burning, and Jesus Loves Even Me, was so impressed with Spafford’s life and the words of his hymn that he composed a beautiful piece of music to accompany the lyrics. The song was published by Bliss and Sankey, in 1876.
For more than a century, the tragic story of one man has given hope to countless thousands who have lifted their voices to sing, It Is Well With My Soul.

Many of you would have sung this great hymn, but knowing something about its background makes it even more special. The lyrics go like this:

When peace, like a river, attendeth my way,
When sorrows like sea billows roll;
Whatever my lot, Thou hast taught me to say,
It is well, it is well with my soul.

Though Satan should buffet, though trials should come,
Let this blest assurance control,
That Christ hath regarded my helpless estate,
And hath shed His own blood for my soul.

My sin, oh the bliss of this glorious thought!
My sin, not in part but the whole,
Is nailed to His cross, and I bear it no more,
Praise the Lord, praise the Lord, O my soul!

For me, be it Christ, be it Christ hence to live:
If Jordan above me shall roll,
No pang shall be mine, for in death as in life
Thou wilt whisper Thy peace to my soul.

And Lord haste the day, when my faith shall be sight,
The clouds be rolled back as a scroll;
The trump shall resound, and the Lord shall descend,
Even so, it is well with my soul.

There are many versions of this great hymn around. Here is one stirring rendition that you can listen to: www.youtube.com/watch?v=AHe_qmo3gX4

Many believers today, brought up on a self-centred gospel which appeals to the flesh, would never have been able to endure something like what Spafford did. They would see it as being completely incongruous with what they have been taught. Most people would simply jettison their faith in the face of suffering.

That is why we must reject such humanistic and men-pleasing gospels, and embrace the one true gospel as taught in the New Testament. Only the biblical gospel can help us stand strong and faithful in times of great suffering.