There are all sorts of lousy excuses atheists and unbelievers make about not coming to faith in Christ. And there are plenty of cheap excuses made by those who leave the Christian faith as well. I have heard plenty of them in my lifetime firsthand, and I continue to find them thrown around cyberspace and elsewhere.

But the Apostle Paul, writing about this very matter in Romans 1, says that “people are without excuse” (Romans 1:20). More on that shortly. Let me here mention yet another such set of cheap excuses, this time from someone claiming to have been a big-cheese Christian celeb, who is now proudly glorying in his atheism. 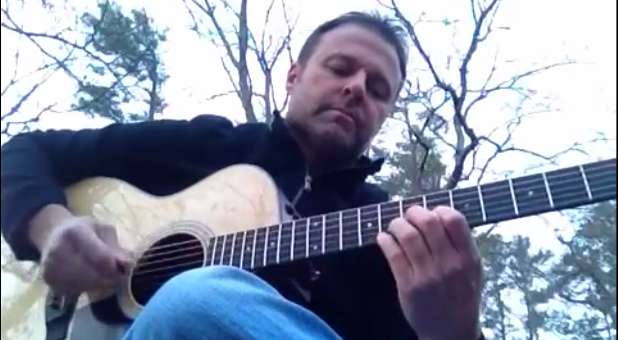 I refer to George Perdikis, formerly of the Christian group Newsboys. In a rather arrogant headline (perhaps written by his editors – but see his own words below) we read this: “I Co-Founded One of the Most Popular Christian Rock Bands Ever… and I’m Now An Atheist”.

Since I am not a big fan of most contemporary Christian artists, let me simply offer this Wikipedia description for others who may know next to nothing about this group:

Newsboys are a Christian pop rock band founded in 1985 in Mooloolaba, Queensland, Australia, by Peter Furler and George Perdikis. They have released 16 studio albums, 6 of which have been certified gold. Currently, the band consists of lead vocalist Michael Tait formerly of DC Talk, keyboardist and bassist Jeff Frankenstein, guitarist Jody Davis, and drummer and percussionist Duncan Phillips.

His piece, in Patheos, begins this way:

In 1985, I co-founded Newsboys, one of the most successful Christian rock bands in history. You may have heard the band’s music in the film God’s Not Dead. The band’s album of the same name hit No. 1 on the Billboard Christian Albums chart. And I’m now an atheist….
The choice to become a “Christian Rock Band” was heavily influenced by Peter’s parents, Bill and Rosalie Furler. As fundamentalist Christians, the only acceptable form of music was the kind that worshipped God. Bill and Rosalie were like second parents to me and, for that reason, I never questioned their advice.
When John needed a place to stay, he moved in with the Furlers as well. For the next few years, John, Peter, and I shared a bedroom and spent all our free time writing songs and rehearsing our asses off. We might have been classified as Christian Rock, but, musically, I felt we were as good as any secular band. With forty solid songs under our belts, we became the Newsboys….
I always felt uncomfortable with the strict rules imposed by Christianity. All I wanted to do was create and play rock and roll… and yet most of the attention I received was focused on how well I maintained the impossible standards of religion. I wanted my life to be measured by my music, not by my ability to resist temptation.
I left the band in 1990 and went back to Adelaide. There, I got married, taught guitar, played pubs and clubs, built homes, and had two beautiful daughters.
As I carved out a life for myself away from the church, I began my own voyage of inquiry into what I believed. My perceptions started to transform when I became interested in cosmology in 1992. I soon found myself fascinated by the works of Carl Sagan, Neil deGrasse Tyson, Lawrence Krauss, Brian Cox, and Richard Dawkins. I learned so much and was blown away by all the amazing scientific discoveries and facts. When my marriage dissolved in 2003, I turned my attention to human psychology.
By 2007, I renounced Christianity once and for all and declared myself an atheist.

OK, so how are we to respond to all this? First, a few positives. I suppose we can acknowledge his relative honesty here (note I say “relative”). And I guess he is not being a hypocrite anymore (although one can find new aspects of hypocrisy to discuss).

And one thing he said is also possibly true for many: “The Christian music scene is populated by many people who act as though they have a direct hotline to a God who supplies them with the answers to the Universe. There seems to be more ego and narcissism amongst Christian musicians than their secular counterparts.”

But let’s get back to the cheap excuses he makes for abandoning Christianity. He speaks about “the strict rules imposed by Christianity” and “the impossible standards of religion”. Well, yes and no. Sure, religion is full of man-made rules and regulations, but Christianity is about a personal relationship with Jesus Christ.

However, unlike the hyper grace and emerging church teachings, the two in fact go together. By grace through faith alone we enter into that love relationship with Christ, but it is to result in obedience, holiness and a sanctified life. We are saved to serve, to obey, and to become more like Christ.

As Paul writes in Ephesians 2:10 (which follows immediately from the verse I just hinted at above), “we are God’s handiwork, created in Christ Jesus to do good works, which God prepared in advance for us to do.” We are not saved by good works, but we are saved unto good works.

If one simply reads between the lines of what he has written here, including the bit about “my ability to resist temptation”, it becomes pretty clear that what we have here are more lame excuses for a lifestyle issue. It is a moral problem in other words that we are dealing with.

It is certainly not an intellectual one. I mean really, reading someone like Dawkins opened his eyes? Puh-leeese. Even fellow atheists say that reading Dawkins (especially his appalling The God Delusion) makes them embarrassed to be atheists.

The truth is, ninety-nine times out of a hundred, it is not intellectual issues that keep people from coming to faith – or driving them from the faith – but moral ones. No less an authority than Jesus Christ made this absolutely clear. Consider what he said in John 3:19-21:

It is because of selfish and sinful lifestyles that people stay away from Christ and the truth of the gospel. So all that Perdikis is telling us here is that he prefers to live a life of sin and rebellion instead of allowing himself to be transformed and remade in the image of Christ.

So all his whining about “impossible standards” is so much baloney. Of course they are impossible. Jesus actually said we should be “perfect as your heavenly father is perfect” (Matthew 5:48). No mere man can attain this. But that is why Christianity is different from all other religions.

God provides what he demands. He gives us the Holy Spirit to live within us and to help us be conformed to the image of his son (Romans 8:29). God in us allows for progressive sanctification and growth in holiness. But if you prefer living a selfish and me-first lifestyle, then of course you will reject all this as so much myth. Perdikis simply fully confirms the words of Jesus here.

And the words of Paul as well. In Romans 1 he speaks about those who “suppress the truth in unrighteousness” (v. 18). So let me here give the whole context of what Paul says:

What may be known about God is plain to them, because God has made it plain to them. For since the creation of the world God’s invisible qualities – his eternal power and divine nature – have been clearly seen, being understood from what has been made, so that people are without excuse. For although they knew God, they neither glorified him as God nor gave thanks to him, but their thinking became futile and their foolish hearts were darkened. Although they claimed to be wise, they became fools and exchanged the glory of the immortal God for images made to look like a mortal human being and birds and animals and reptiles. Therefore God gave them over in the sinful desires of their hearts. (Rom. 1:19-24)

This is the perfect picture of rebellious mankind. As Paul says, their desire for sin and unrighteousness blinds them to the truth, and it leaves them without excuse. George Perdikis is without excuse. Of course we all need to pray for him that he comes back to his senses: his moral, intellectual and spiritual senses.

But at the moment, he is without excuse, and under the judgment of God for vainly and foolishly shaking his fist at the one true God. Pray that he repents and comes back to truth, to righteousness and to holiness. In other words, that he comes back to the living God.