Ideally, controversial issues should be discussed with careful, logical assessment, with an eye to the facts, and in the case of Christians, with the biblical worldview fully in place. But sadly this is often not the case, and what we tend to get are kneejerk reactions, emotional outpourings, and angry responses – even from Christians at times.

Issues like the death penalty will certainly see such reactions coming forth. And with a very public case now fully in the news, there is plenty of this occurring at the moment. But since so much fuzzy thinking, unbiblical thinking, and downright anti-biblical thinking is being thrown around over this case, let me try to state once more a few basic biblical principles which we must not lose sight of as we think about such cases.

God Made Both Institutions

Those with basic biblical understanding realise that God created various institutions to govern sinful man in a fallen world. We have institutions like the family for example to bring structure and order into a chaotic world. God also made two major institutions, both of which have their place, and which must be acknowledged and respected. 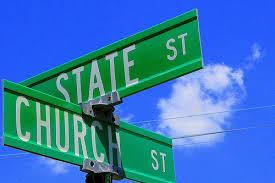 Yes, there can be overlap between the two at times, but they are not identical, and must not lose their unique and separate roles and functions. So the simple biblical truth here, in regard not just to convicted drug smugglers, but to anyone else, is this: The church offers forgiveness, while the state metes out justice. Both institutions were created by God. When we knowingly break the law, we should not expect to be spared the consequences by the state.

Not only did God ordain the institution of the state, but he ordained the death penalty as well. This was instituted by God before the giving of the law to Moses, and has never been rescinded, even in the New Testament. Moreover, the sword of Romans 13:4 is seen by most biblical scholars to refer to the death penalty:

And Jesus and Paul both fully upheld the right of the state to use capital punishment, as we read about in John 19:10-11 and Acts 25:11. But I deal with the biblical and theological case for the death penalty in much more detail in this two-part article:

And I deal with a number of secular arguments, based on social, legal and political considerations here:

At the end of the day, those Christians who bitterly oppose capital punishment must deal with God about this, and not me. This was God’s idea, and we have to deal with what God has revealed to us in his word about such matters. Yet sadly I find so many Christians ignoring God and his word on this, and just making things up as they go along.

Dealing with the Drug Smugglers

Plenty of Christian groups are jumping on board the case of convicted drug smugglers Andrew Chan and Myuran Sukumaran, especially since Chan has become a Christian since being arrested. Out of curiosity, I wonder how much Christian interest would be shown in this case if he had not converted.

But at the end of the day, Chan and Sukumaran went into Bali smuggling drugs, knowing full well the penalty for such a crime. And I for one have no problem with such a penalty. How many people, including innocent children, are killed every day because of drug smugglers who don’t give a rip about anyone else, but just want to get rich quick?

I am glad Chan has got right with God. If this is a true conversion, then he has been forgiven of all his sins, and he now has peace with God, and he knows that when he dies – whether as an old man, or sometime much sooner – he will be welcomed into God’s presence.

But that of course does not change the fact that he engaged in some horrific crimes which have horrific consequences for so many other people. But as I have explained in detail elsewhere, while a person can find forgiveness in Christ, the consequences of our actions usually do not just disappear.

Those who break the law do not get an automatic get-out-of-jail-free card just because they may become a Christian somewhere along the line. But see here for more on why we must distinguish the church and forgiveness from the state and justice: billmuehlenberg.com/2007/10/14/sin-forgiveness-and-consequences/

Right now there is plenty of emotion surrounding the case of the Australian drug smugglers on death row, which is partly why I have avoided speaking on it until now. I have discovered over the years that some of the most manic, reactionary and unthinking folks around can be those claiming to be Christians.

Christian ethical reflection should not be based on emotion, political correctness, popular opinion, or what the mainstream media is saying. Instead, we need to be thinking rationally here, and remain informed by biblical truth and the biblical worldview on all such issues.

Sure, biblical principles have to be applied to contemporary ethical issues, and Christians can and do disagree on some of these matters. But I for one tire of Christians who seem to think they know better than God on these matters, and are somehow more compassionate than God is. Sorry, but God of course is not being uncompassionate, unloving or unjust when he ordains things like the death penalty, and neither are Christians who agree with God about this.

Those who want to hound the Indonesian government about this are welcome to do so. And we all can pray for these men and their families. But I for one will not go on some “social justice” march demanding they be spared the death penalty.

How many others were not spared the death penalty because of the lousy drugs these guys were all too happy to sell? Where are their second chances? And why are Christians not getting all agitated about their deaths? It seems we have a bit of selective moral outrage going on here.

And going to a country with widely known official policies on this makes them even less excusable. If a family who lost a loved one due to these drugs seeks to forgive the drug smugglers, that is up to them. But the government has a right and obligation to uphold its laws, seek justice for criminals, and seek the protection of its people.

This piece of course does not even come close to dealing with all the various issues involved in the debate. But it was not meant to. It was simply meant to lay out some basic biblical principles with which we can seek to address this tragic case.

One need not agree with all that is said here. But those Christians who do disagree need to offer biblical support for their position, and not just run on emotion. As I say, I can get a lot of emotion and even abuse and hate from Christians on these sorts of topics, and that is certainly not wanted here.

I therefore offer this word of advice in closing: please read carefully all six articles that I have linked to above before posting your comments. If you read those pieces first, it is likely that most of your objections and questions will have been dealt with.

38 Replies to “Christians, Crime and the Death Penalty”