This may be news to some believers, but the church is to be self-critical. It is to actually assess, discern and judge what is happening in its midst and in its name. We Christians are to be constantly tending to the condition of our own camp. Not to do so is to invite trouble.

But far too often we refuse to do this, instead letting the world turn the spotlight on the church’s many problem areas. While we expect the world to turn a critical eye on all that we do and say, regrettably if we had been doing a better job of housecleaning, much of this criticism would be nipped in the bud. 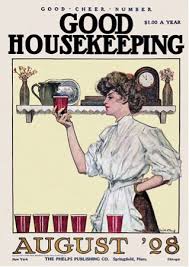 Why do we have to let the world point out the many glaring perversions, scandals, and just plain dumb things we find occurring in the churches? Why isn’t the church itself the first one to shine a critical eye on such shortcomings, failures, and areas of sin?

If the church was doing its job properly here, the world would be finding a lot less crud in our midst, and might actually be a bit more open to the gospel message. But when it has to do our housework for us, then we can’t expect it to get overly keen on embracing the faith.

Of course I am not trying to make excuses for the world here. The world hates the church because the world hated Christ. Jesus told us that this was always going to be the case: “If the world hates you, keep in mind that it hated me first” (John 15:18).

But at least let the world hate us for being Christlike, and not for being idiots, or lazy, or greedy, or selfish, or whatever. The world has plenty of reasons to hate Christianity without us adding to their list because we have so poorly reflected and represented our Lord.

When these sorts of things happen it is the church who should be at the forefront of calling out sin, rebuking the trespasser, and seeking their repentance, forgiveness and restoration. That is Church Discipline 101. But that is almost non-existent in most churches today.

So the corruption, the scandals, and the rot are allowed to fester and spread. And because we refuse to deal with these matters, the world gets wind of it, and lets everyone else know about it. My friends, this ought not to be so. We should be taking care of things within, and not waiting for a secular and hostile media to latch onto it.

I can offer many cases that I know of first hand where a lack of church discipline has caused great ruin and devastation. One incredible case I know of from back in the US is a real shocker: a youth worker was discovered to be involved in actual child abuse.

So what did the church do? Basically nothing – just sent him on his way. And so he simply took up a similar position in another church in that denomination. Can you believe that? This lousy pervert should be in jail for his horrendous crimes.

But the churches did not have the moral fibre and even basic common sense to deal with this the way it should have been dealt with. Sweeping sin under the carpet helps no one and harms many. How many more children were abused because these false shepherds could not show the slightest bit of biblical discernment and engage in some elementary church discipline?

But the really big problem here is that so many believers have this utterly pernicious and in fact diabolical notion that we can never judge one another or rebuke anyone or call out evil. They have so totally and ridiculously bought into the world’s notion of tolerance and acceptance that they really think that we are wrong to expose evil or to call sin out.

Baloney. If the church does not call out sin, especially in its own camp, then God most certainly will. And as I already mentioned, the world most certainly will as well. They will be more than happy to highlight our dirty laundry to the eyes of everyone if we refuse to deal with it.

For heaven’s sake, how low have we sunk as a group of believers that we will not even take heed to our own condition, and be willing to stand for righteousness and holiness? Why are we silent about the scandals, the false prophets, and the heretical teachings that everywhere plague our churches?

Why do we just sit back and do nothing? Why do we allow the world’s media to do our muckraking for us? And I can assure you there is plenty of muck to be found in our churches. It does not take any real investigative skills to unearth it – it is staring us in the face.

Yet we will not act. We will not speak out. I say this to our eternal shame. How dare we allow the church of Jesus Christ to become so tarnished, so blemished and so stained? Have we no concern whatsoever for the reputation of our Lord Jesus? Does it mean nothing to us that his name is daily being dragged in the mud because of the garbage we allow in our midst?

And I am not just being theoretical here. I see this happening all the time. Let me offer just one recent example of this. I have been called many things in my life, but this may have been the first time some Christian angrily called me – wait for it – a journalist.

And this was all because I dared to publicly discuss a very public televangelist! By discussing a hugely worrying issue with this big cheese preacher, I was rebuked for being a journalist! For daring to expose and warn against some appalling activities, I was derided and condemned as a trouble maker. Go figure!

Well, I have some news for this person: the simple truth is, the church needs a whole lot more journalists – the Bible calls them watchmen. We need a lot more such folks to deal with urgent issues of concern in the church, instead of waiting for the secular world to expose them.

We are the ones who should be doing basic housekeeping here, so that the world does not have to do it – at least not so much. As we are clearly informed in Scripture, “Judgment must first begin in the household of God” (1 Peter 4:17). Peter’s listeners would have been quite familiar with this concept. The Old Testament often speaks to this idea of God’s judgment starting with his own people. Consider just three passages:

Jeremiah 25:29 See, I am beginning to bring disaster on the city that bears my Name, and will you indeed go unpunished? You will not go unpunished, for I am calling down a sword on all who live on the earth, declares the Lord Almighty.
Ezekiel 9:5-6 As I listened, he said to the others, “Follow him through the city and kill, without showing pity or compassion. Slaughter the old men, the young men and women, the mothers and children, but do not touch anyone who has the mark. Begin at my sanctuary.”
Amos 3:2 “You only have I chosen of all the families of the earth; therefore I will punish you for all your sins.”

As Jesus said in Luke 12:48, “To whom much is given, much is required.” How dare we think we can allow so much which displeases the Lord to just remain in our midst, festering away, causing unspeakable damage? It is time to take seriously our job to keep ourselves pure.

We must begin with ourselves, individually, and then seek to see this in the whole body. If we don’t, judgment will indeed come. The world will find out our dirty little secrets and expose them far and wide, but more importantly, the Lord will step in and apply his cleansing fire.

The choice is ours. How will we respond?

7 Replies to “When the Church Refuses To Judge itself”