There are no greater haters than the homosexual activists. Every day we find more conclusive proof that these folks are the most hate-filled, nasty and malicious folks in the West. The demonic rage and fury of these activists is simply frightening in the extreme.

And all their hatred gives lie to the claim that they just want to be left alone to live in peace. They do not in the slightest just want to be allowed to do their own thing in the privacy of their own bedrooms. There are on an unholy crusade to ram their agenda down the throats of everyone else. 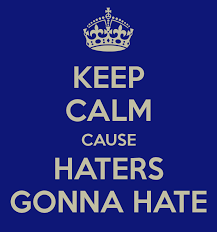 No other group that I know of (except for perhaps the angry misotheists – and these two groups overlap to a good extent) can get so utterly enraged and incensed when someone dares to think differently and not fall down and worship their coercive agenda.

The foaming at the mouth over the Indiana religious freedom law is a case in point. These guys have gone absolutely ballistic, showing just how much they are into tolerance, acceptance and diversity – the very things they scream about all the time.

Memories Pizza has been forced to close its doors because of threatening phone calls and social media messages that have poured in since the restaurant was featured on a local television news report Wednesday night with one of the owners saying the pizzeria would not cater a gay wedding because of the family’s Christian beliefs. “If a gay couple came in and wanted us to provide pizzas for their wedding, we would have to say no,” Crystal O’Connor told ABC News 57 . “We are a Christian establishment.”

Another report says they are not even sure now if they can reopen thanks to all the hatred and abuse from the tolerance brigade:

Crystal O’Connor, the co-owner of Memories Pizza in Indiana, says it may not be safe to re-open their pizzeria after they said they wouldn’t cater a gay wedding. “I don’t know if we will re-open, or if we can, if it’s safe to re-open,” O’Connor said on TheBlaze TV’s Dana. “We’re in hiding basically, staying in the house.” O’Connor recently told WBND-TV, “If a gay couple came in and wanted us to provide pizzas for their wedding, we would have to say no.” She made it clear that they are happy to serve gay customers, but would not be a part of the wedding because of their religious beliefs. National news outlets quickly picked up the story.

Consider the response of just one loving and tolerant lesbian to the pizza shop:

The softball and girls’ golf coach at Concord High School in Elkhart, Indiana posted a tweet asking if anyone wanted to “burn down” Memories Pizza with her over its announcement that it would not cater gay weddings. “Who’s going to Walkerton, IN to burn down #memoriespizza with me?” Jessica Dooley asked in the tweet, which has since been deleted. “Agree with #FreedomOfReligionBill? ‘That’s a lifestyle they CHOOSE’ Ignorant.”

Yep, there you have it folks: ‘We are a tolerant and peace-loving bunch. But if you happen to disagree with us, we will hunt you down and we will burn down your business. We take this tolerance stuff seriously!’

Fortunately, as another article states, she got suspended for that bit of sweetness and light: “The head coach of an Indiana high school girl’s golf team has been suspended after apparently threatening to burn down a Christian-owned pizzeria. Jess Dooley, a coach at Concord High School of Elkhart, Indiana allegedly struck out at the owner of Memories Pizza in Walkerton.”

And of course all this hatred and hysteria is based on so much false information fed to us by the lamestream, media. As I noted in an earlier article on this, sexual orientation is not even mentioned in the legislation. This is simply about protecting small business owners from being forced to violate their own deeply-held conscientious conditions. As Ben Shapiro explains:

What exactly does the law state? The Religious Freedom Restoration Act in Indiana states that “a governmental entity may not substantially burden a person’s exercise of religion, even if the burden results from a rule of general applicability.” That rule does not apply only if the government’s action “is in furtherance of a compelling government interest” and is also “the least restrictive means of furthering that compelling government interest.” If government does act against someone in violation of that person’s religious principles, he or she can assert that violation “as a claim or defense in a judicial or administrative proceeding.”
The law does not specifically single out same-sex marriage as an activity against which a religious person may discriminate, but it certainly holds out that possibility. Of course, that possibility is already inherent in a little concept we in the United States used to call freedom – freedom to choose how to conduct one’s business and freedom to practice one’s religion in one’s practice of business.
Under a philosophy of freedom, the market solves the general problem of private discrimination, because if one person decides to discriminate against Jews or blacks or gays, he or she loses money and is put out of business for his or her trouble. Nobody has the right, under a philosophy of freedom, to invoke the power of the government’s gun in order to force someone to provide a good or service.
That system is a heck of a lot safer for minorities than a system by which government regulates the proper conduct of voluntary activities. . . . You do not have a right to my services; I have a right to provide my services to whomever I choose. If you believe that your interpretation of public good enables you to bring a gun to the party, you are a bully and a tyrant. So it is with the modern American left, to whom freedom now means only the freedom to do what it is the left wants you to do at point of gun.

And this is not about some ugly discrimination as Cal Thomas reminds us:

If I visit a kosher restaurant and order a pork chop, am I being discriminated against when the waiter says they don’t serve pork? If an establishment requires that men wear jackets and women dress in what that establishment defines as an “appropriate way,” does that constitute discrimination?
When I visit the Vatican, the Swiss Guards won’t let me in if I’m wearing shorts. They offer a cover-up. It is the same for women, if they bare too much flesh. Is that discrimination? What about the sign “no shoes, no shirt, no service”? Is that bigotry against the shoeless and shirtless? Should the government force any of these entities to violate their standards? That is the issue in Indiana, the latest front in the culture war.

Gina Miller explains what is really at work here:

The real issue here is members of the radical homosexual movement and their Hell-born crusade against Christian freedom and expression. That’s it, and it further entails their depraved desire to force the “normalization” of what is a degenerate, unnatural and very unhealthy behavior —homosexuality—at the expense of the rights of those who oppose it. These people have as their mission an end-run around our God-given freedoms. Since it’s not feasible, at this time, to simply outlaw freedom of speech and religion in America, these homosexual activists are a handy tool of the communist Left to effectively crush these freedoms through intimidation, lawfare, boycotts and whatever other bullish means they can contrive, short of simply abolishing our First Amendment protections.

There are two ways the Christian should respond to all this. Firstly, we should stand strong for religious freedom. As Michael Brown rightly states:

Now is the time to make it clear that we’re not about to back down or cave in to the pressure and bad press, declaring once again that the bullying will back fire. As I’ve said many times before, the unspoken mantra of gay activism is, “We will intimidate and we will manipulate until you capitulate.” The response of millions of freedom-loving Americans remains the same: We’re not going to capitulate. We will love our LGBT friends and neighbors and co-workers and family members, but we will not surrender our freedoms. Can I hear an “Amen”?

Secondly, as Christians we must respond in the opposite spirit. When the haters hate, we must show love. And of course the most loving thing we can do for these angry homosexuals is to tell them the truth. We can let them know that they do not have to be homosexual if they want out. And we must let them know that their hate is due to the fact that they are living a lie.

Love is not capitulating to the demands of the angry activists. Biblical love involves caring enough about a person that you warn them about the consequences of their sin, and point them in a better direction. We do not need more weak-kneed believers now, but Christians who are strong, passionate and dedicated to truth. That is how we must deal with the haters.

18 Replies to “These Guys Sure Know How to Hate”