If this seems to be yet another rather bizarre or opaque title, just hold onto your hats: all is about to be revealed. Let me start with hermeneutics. For the uninitiated, this simply is about the practice or discipline of interpretation – and for the Christian, it is primarily about biblical interpretation of course.

Proper hermeneutics is absolutely vital for all sorts of reasons, including the obvious need to avoid bad interpretation. We want to read and understand the word of God properly, as it was intended to be understood. When we don’t, we can get into all sorts of trouble.

We see this especially in the cults who constantly twist the scriptures. This in part is because of their lousy hermeneutics. Because they do not handle the word of God properly, they end up with all sorts of unhelpful and often harmful teachings and practices. 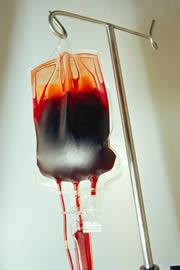 We have plenty of obvious examples of this that can be mentioned. But since one of them has been making news the past few days, let me refer to that. I have in mind the tragic case of a Sydney woman and her unborn baby who died because she refused a blood transfusion.

If you know anything about the cults, you will instantly know that she was a Jehovah’s Witness. This heterodox group, which began in the US during the mid-nineteenth century, denies many orthodox biblical teachings, such as the Trinity and the deity of Christ. But it also believes, because of dodgy hermeneutics, that it is sinful to receive a blood transfusion. I write more about this cult here: https://billmuehlenberg.com/2014/10/17/jehovahs-witnesses-when-cultists-come-to-town/

So we have had a number of cases of JWs dying over the years because of this erroneous belief. But even more sadly in this case, a baby died as well. The story is explained in various media accounts. Here in part is one of them:

A pregnant Jehovah’s Witness and her baby have died after the woman refused a blood transfusion in a Sydney hospital. Doctors described the harrowing effect on staff at the Royal Hospital for Women and Prince of Wales Hospital in Randwick of what some felt were two otherwise avoidable deaths, after the woman refused the transfusion when she developed complications nearly seven months into her pregnancy and was discovered to be suffering from leukaemia.
More than 80 per cent of pregnant women suffering from the cancer, called acute promyelocytic leukaemia, will go into remission with proper treatment, and the outlook for their babies is good. But the 28-year old’s religion forbade her from accepting the blood transfusion she needed to save her life and that of her unborn baby.
Ethicists and doctors say they are facing increasingly difficult decisions as the number of potentially life-saving treatments that can be done in utero grows. At the same time, debate has raged over NSW MP Fred Nile’s push to introduce laws making it a crime to seriously harm or kill a fetus in utero.
Haematologist Giselle Kidson-Gerber said her experience treating cancer patients and her Christian faith had helped her understand the woman’s choice, but it was difficult knowing that choice would affect the unborn child. The woman’s obstetricians, who in Australia would otherwise “rarely see people die, or make a decision that will hasten death” were unable to perform a caesarean.
“She would have had to have a classical caesarean, and she most likely would have bled to death. The obstetricians weren’t comfortable with that when there was a chance we could have got her through,” she said. “They were unable to do a caesarean for the sake of the baby without putting her at risk”.
But the baby died, and shortly afterwards the woman suffered a stroke and multi-organ failure, Dr Kidson-Gerber and her colleague Dr Amber Biscoe wrote in an account of the case published in the Internal Medicine Journal. “Refusal of a lifesaving intervention by an informed patient is generally well respected, but the right of a mother to refuse such interventions on behalf of her fetus is more controversial,” they wrote. “A doctor indeed has moral obligations to both the pregnant woman, and perhaps with differing priority to the unborn fetus. Circumstances where fetal and maternal autonomy conflict, or where fetal beneficence conflicts with maternal autonomy, create challenges.”

Yes, as mentioned, if a patient chooses to refuse life-saving medical treatment, that is up to them. But when a second party – who cannot give his or her consent – also faces death as a result, that is quite a different matter. But the whole thing could have been avoided if it were not for the lousy hermeneutics being utilised here.

So let’s go back to the issue of blood transfusions. Why do JWs believe they are sinful? It all comes from a faulty understanding of passages such as Leviticus 17:10-14. This passage reads:

This and similar verses lead them to deny blood transfusions. It is believed that if this law is violated, eternal death is the result. But of course these passages have nothing to do with blood transfusions! They have to do with the eating of animal blood. Genesis 9:4 also states that people are ‘not to eat flesh with blood, that is its life’.

This verse is one of the clearest texts in the Bible describing the idea of expiation through substitution. God accepts the blood of the animal, which is the life of the animal, in place of human blood and human life. In Jewish tradition atonement is possible only through the shedding of blood. Since blood is sacrosanct, it is not available for human use; it belongs only to God, the giver of life.

And as John Hartley explains, “these stringent regulations regarding blood sought to eliminate any superstitious practices with blood from arising in Israel, e.g., the practice of eating or drinking the blood of an offering in order that one might ingest either spiritual powers or divine life.”

Things of course change when we get to the New Testament, at least over time. Consider the important Jerusalem Council as discussed in Acts 15:1-35 which deals with the issue of Gentile converts to the new faith. In verses 19-20 James says this:

“It is my judgment, therefore, that we should not make it difficult for the Gentiles who are turning to God. Instead we should write to them, telling them to abstain from food polluted by idols, from sexual immorality, from the meat of strangled animals and from blood.”

Verses 23-29 discuss a letter sent to the Gentile believers, and v. 29 says this: “You are to abstain from food sacrificed to idols, from blood, from the meat of strangled animals and from sexual immorality. You will do well to avoid these things.”

This was all about not offending the Jewish brethren, while extending maximum freedom to non-Jewish converts. So the Jerusalem Council was about trying to be sensitive to Jewish believers. Here we see already a transition going on. And Paul will take things even further. As Gordon Wenham notes in his commentary on the Leviticus passage,

Paul does allow Christians to eat food offered to idols as long as the meal does not take place in a pagan temple and it is not misinterpreted by pagan friends (1 Cor. 8; 10:25ff.). It seems likely, therefore, that Paul did not view eating blood as something that was intrinsically wrong, but held that it should be avoided whenever it might offend Jewish Christians (cf. Rom. 14:2-3, 14-15). Some groups in the Church continued to abstain from blood as late as Tertullian’s day (early 3rd century).

Finally, consider the Lord’s Supper which invites us to drink the blood – as well as eat the body – of Christ. Passages include: Matthew 26:27-28; Mark 14:23-24; John 6:53-54; 1 Corinthians 10:16-17 and 11:13-26. Leaving aside the debate over a literal versus a figurative understanding of eating and drinking, the idea that blood can be drank, if even in a metaphorical fashion, shows that the OT prohibitions have largely been eclipsed by what we find in the NT.

So the simple point is this: the woman and baby need not have died if they had a bit of basic and sensible biblical hermeneutics going on. The JWs have taken a few OT texts, and that of Acts 15, and built an entire doctrinal and ethical position on it, and a faulty one at that.

7 Replies to “Hermeneutics and Blood Transfusions”