The themes of the wrath of God and the judgment of God may not be popular nowadays, even in most Christian circles, but they are found everywhere in Holy Scripture. Thus anyone claiming to represent our Lord must dwell on these topics, regardless of whether people want to hear about such things or not.

I have written plenty of pieces on this and will continue to do so. In my daily reading (I am in Isaiah at the moment) I have found much on these biblical truths. Let me just mention some of the references we find to the Day of the Lord and the fearsome judgments which will be meted out.

The book of Isaiah is loaded with such material, and one way of putting it caught my attention early on. I refer to the various times we read about folks seeking to hide in caves or under the rocks in great fear as God pours out his wrath. For example: 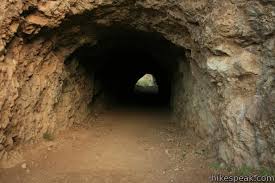 Isaiah 2:10 Go into the rocks, hide in the ground
from the fearful presence of the LORD
and the splendor of his majesty!

Isaiah 2:19 People will flee to caves in the rocks
and to holes in the ground
from the fearful presence of the LORD
and the splendor of his majesty,
when he rises to shake the earth.

Isaiah 2:21 They will flee to caverns in the rocks
and to the overhanging crags
from the fearful presence of the LORD
and the splendor of his majesty,
when he rises to shake the earth.

Isaiah’s imperative exhortation sarcastically encourages his audience to hide on the day that God meets the proud, the arrogant, the lifted up ones, and the high people of Jerusalem. Since there is no possible way for people to actually hide from God, this must be an ironic picture of people foolishly running into graves cut from the rocks or holes dug in the ground – hardly safe places to hide if one is fearful of death. In spite of their resistance to and avoidance of God, the people of Judah will be humbled and God will be exalted (2:11). That will be a day of divine judgment on the proud; that will be the day that God reveals his power and glory as he intervenes in Judah’s history. God makes no apology for that day, nor is there any attempt by the prophet to make God’s actions more humane or “politically correct.” God will totally devastate the proud. They will finally meet the real holy God that they attempted to define out of existence by reconstructing his ways after the desires of their own imagination.

This theme is found elsewhere in the Old Testament. For example, in Jeremiah 4:27-29 we read this:
“This is what the Lord says:
‘The whole land will be ruined,
though I will not destroy it completely.
Therefore the earth will mourn
and the heavens above grow dark,
because I have spoken and will not relent,
I have decided and will not turn back.”
At the sound of horsemen and archers
every town takes to flight.
Some go into the thickets;
some climb up among the rocks.
All the towns are deserted;
no one lives in them’.”

And Hosea 10:8 says this: “The high places of wickedness will be destroyed – it is the sin of Israel. Thorns and thistles will grow up and cover their altars. Then they will say to the mountains, ‘Cover us!’ and to the hills, ‘Fall on us!’”

Ah, but I can already hear the usual lame objections: “Yeah, but that is the Old Testament. Things are different with Jesus in the New Testament.” Um, no, not at all. Jesus actually specifically quoted the Hosea passage as he was being taken away to his crucifixion. In Luke 23:28-30 we find this:

Jesus turned and said to them, “Daughters of Jerusalem, do not weep for me; weep for yourselves and for your children. For the time will come when you will say, ‘Blessed are the childless women, the wombs that never bore and the breasts that never nursed!’ Then
“‘they will say to the mountains, “Fall on us!”
and to the hills, “Cover us!”’

Jesus spoke more about hell and wrath to come than any other person in the NT, and he is seen as carrying this out himself. Consider the book of Revelation, which is so very Christological in nature. While it is all about Christ, it is also all about the judgment of God. And guess what? The very same language we found in the OT we find here. Consider this passage for example:

Revelation 6:15-17 Then the kings of the earth, the princes, the generals, the rich, the mighty, and everyone else, both slave and free, hid in caves and among the rocks of the mountains. They called to the mountains and the rocks, “Fall on us and hide us from the face of him who sits on the throne and from the wrath of the Lamb! For the great day of their wrath has come, and who can withstand it?”

These people are so filled with irrational terror that they plead for an avalanche to bury them rather than face God and the Lamb. There are not many times in history people have begged to be smothered in an avalanche….
Both in Hosea and here the enemies of God wish to perish in order to escape the divine wrath. This plea is also filled with irony, for death will not keep them from the judgment seat of God (Rev. 20:11-14). In short, their terror is so great that they will try anything to escape.

Let me conclude with some important words from A. W. Pink (1886-1952). In his brief but important volume The Attributes of God he has a short chapter on the wrath of God which begins this way: “It is sad to find so many professing Christians who appear to regard the wrath of God as something for which they need to make an apology, or at least they wish there were no such thing.”

He reminds us how often this theme is found in Scripture: “A study of the concordance will show that there are more references in Scripture to the anger, fury, and wrath of God, than there are to His love and tenderness. Because God is holy, He hates all sin; And because He hates all sin, His anger burns against the sinner: Psalm 7:11.”

No genuine Christian can ever shrink away from or minimise this vital biblical truth. As Pink writes:

Our readiness or our reluctance to meditate upon the wrath of God becomes a sure test of how our hearts really are affected toward Him. If we do not truly rejoice in God, for what He is in Himself, and that because of all the perfections which are eternally resident in Him, then how dwelleth the love of God in us? Each of us needs to be most prayerfully on guard against devising an image of God in our thoughts which is patterned after our own evil inclinations. Of old, the Lord complained, “Thou thoughtest that I was altogether as thyself” (Ps. 50:21), If we rejoice not “at the remembrance of his holiness” (Ps. 97:12), if we rejoice not to know that in a soon coming day God will make a glorious display of His wrath, by taking vengeance on all who now oppose Him, it is proof positive that our hearts are not in subjection to Him; that we are yet in our sins, on the way to the everlasting burnings.

Those wishing to read the entire chapter – if you don’t already own the book – can find it here: www.pbministries.org/books/pink/Attributes/attrib_16.htm

God has given us plenty of warnings about coming judgment. Only those who are utter fools will ignore such warnings, and only Christians in name only will try to downplay or ignore these vitally key biblical truths.