A very common objection offered by the pro-abortion crowd is to claim that this is something only women can discuss. The idea is that only women get pregnant, only women can have an abortion, so men should simply butt out of the discussion.

Here is one representative remark by a pro-abortionist: “Men lack moral standing in the abortion debate – indeed are guilty of moral arrogance – when they push for control over a procedure they’ll never have to have because they can’t get pregnant.” 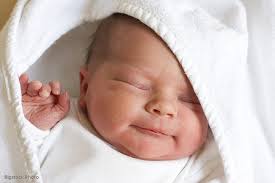 So is this simply a woman’s issue? This is true to an extent, given that only women undergo abortions. But it is also false, since roughly half of all abortion victims are males. But more than this, abortion is a human rights issue. To say only women can debate the issue is quite beside the point.

As E.J. Mishan has remarked: “Perhaps the crudest defence of abortion rights, more often thrown out in anger or in the heat of controversy, is the assertion that no man has a right to pronounce on the subject since he does not know what it is like to be a woman, an injunction that might tempt a retort no less impertinent, that a woman has no right to condemn a rapist since she has no idea of what it is like to be a man.”

Moreover, this argument assumes the position that people cannot assess a moral issue unless they have experienced it themselves. But that is like saying we cannot condemn slavery unless we have first been slaves, or we cannot condemn arson unless we have first become one of its victims. Does the fact that I am not Jewish mean I cannot speak out on the Holocaust? Whether an issue is right or wrong does not depend on our experience of it.

Sometimes this myth is put this way: “men don’t get pregnant”. But similar objections can be raised to this claim. Does this mean mothers have no right whatsoever to decide whether their male sons can be circumcised or not, since women will never experience a male circumcision?

Also, men may not get pregnant, but does that mean they can say nothing on the issue? Recall that it was nine men (US Supreme Court Justices) who gave women the right to abortion in the 1973 Roe v. Wade decision. Will these same pro-choicers argue – to be consistent – that this decision was invalid because it was made by men?

R. C. Sproul is right to dismiss this as a worthless objection: “This argument is a crass form of reverse sexism and female chauvinism. It is unworthy of the feminist position, slanderous to men, and trivial in its conception. If we followed this principle to its logical conclusion we would have to dismiss Moses, Paul, Socrates, Plato, Confucius, or any other male teacher of ethics from the discussion.”

Moreover, men are also directly impacted by abortion. Indeed, there are now entire organisations devoted to men and the grief they experience due to abortion. One of them is the Men and Abortion Network (MAN). They describe themselves as follows:

Since 1973, there have been efforts to reach men who have been impacted by the loss of a child to abortion. The efforts did reach some of these men, but often times both awareness and healing programs were primarily focused on women. As a result, millions of men were left without an opportunity to find healing. In addition, the message from the culture was that men shouldn’t and don’t hurt from the loss of their child due to abortion.
A renewed effort began in 2005, when the first ever Men’s Summit to specifically address the issue of men and abortion, was held in Kansas City. The purpose was to gather key leaders who were involved with the issue of men and abortion. The Summit served as a groundbreaking event in which the focus was on how to reach these men in more effective ways and also to begin efforts to create greater awareness in our culture of how abortion impacts men. Out of that summit, the Men and Abortion Network was created.

There are also now a number of books on the issue of abortion and its impact on men. Let me mention just one. Guy Condon and David Hazard have written a volume entitled Fatherhood Aborted: The Profound Effects of Abortion on Men. As the authors state, there is a range of

symptoms, or characteristics, that appear in the lives of men who have participated in abortion. Some are subtle, some life-dominating. These characteristics have led counsellors and other professionals to recognise the reality of postabortion trauma in men, a force that can be every bit as real as the symptoms experienced by men who have witnessed atrocities in battle. Their symptoms have the power to rob men of full, peaceful, purposeful lives.

As a woman, I do not understand how we can demand that men be fathers and yet prevent them from being exactly what we ask. Of course, if a child is born, her father should share in the raising of that child. I completely agree with this. A father who is not married to his child’s mother should either spend equal time caring for the child or pay child support. Of course.
Equally, though, if a father is willing to pay for his child to be born, if he is willing to take the child and care for her, if he is willing to raise his child, he should be allowed to. After all, the child is his child, too. The child is not the mother’s body.

Women need to take responsibility. We cannot speak out of both sides of our mouths. We cannot demand that men be fathers only when we want them to, and then kick them to the curb when we want to abort their children. This is so unfair that “unfair” is not an adequate word to describe it. There are no words to describe the plight of a man who is forced to sit down and shut up while his child is murdered.

Yes exactly right. Abortion then is really an equal opportunity offender, and is hardly just a “woman’s issue”.

7 Replies to “Is Abortion Just a “Women’s Issue”?”