The pro-abortion camp is fond of speaking about rusty coat-hanger abortions and other horror stories associated with illegal abortions. They claim we must have legal abortion or we will return to the bad old days where so many mothers are said to have died. But there are a number of mistruths and deceptions going on here.

First, legalising abortion did not make abortion safer. It was made safer in the 1940s and onwards with the availability of antibiotics. As one researcher put it, “Death rates from infections and all types of surgeries, including illegal abortions, had already fallen precipitously after World War II, when antibiotics finally became available to the general public.” 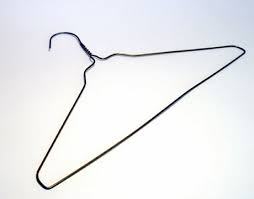 Third, the claim that thousands of women died each year in America before the 1973 decision to legalise abortion is simply not true. Bernard Nathanson ought to know. He was a leading abortionist during this period – having performed 60,000 abortions – and helped to make up this figure of 5,000 to 10,000 deaths a year. He says:

“I confess that I knew the figures were totally false, and I suppose the others did too if they stopped to think of it. But in the ‘morality’ of our revolution, it was a useful figure, widely accepted, so why go out of our way to correct it with honest statistics? The overriding concern was to get the laws eliminated, and anything within reason that had to be done was permissible”.

Nathanson goes on to describe the real figures: “In 1967 … the federal government listed only 160 deaths from illegal abortion. In the last year before [Roe v Wade], 1972, the total was only 39 deaths”. While 39 is too many, the figure must be held up to the 1.5 million babies killed each year since 1973.

Fourth, what coat hangers? While this is a favourite image offered up by pro-abortionists, the question needs to be asked: Were coat hangers actually used? While we hear about coat hangers all the time, the evidence seems to be that they were hardly ever used. One recent article on this is worth citing here:

My staff and I searched high and low for evidence of an abortion ever having been performed with a coat hanger. We found none. That isn’t to say it never happened. We know that women did attempt to do abortions on themselves, using all manner of objects. But I never found any specific evidence of a coat hanger abortion—until now. What’s unusual about this case of a confirmed coat hanger abortion is that it isn’t one from the archives. It happened in 2009.
I came across the story in an article in Slate on women who decide to perform their own (illegal) abortions, despite the ready availability of legal abortion. An account of the case says a 19-year-old woman pregnant with twins attempted to abort herself with a coat hanger and ended up in the emergency room. The babies died and the woman required a hysterectomy; she will never bear children.

Fifth, even if abortion becomes illegal again in so much of the West, no one is forcing women into having an illegal abortion. There are of course other options. If a woman goes after an illegal abortion, she is choosing to do so as opposed to being forced to do so.

As Scott Klusendorf says, “As a pro-lifer, I mourn the loss of any woman who dies from abortion. But I reject the premise that women must seek illegal abortions.” He goes on to quote Gregory Koukl: “A woman is no more forced into a back alley when abortion is outlawed than a young man is forced to rob banks because the state won’t put him on welfare. Both have other options.”

Sixth, women are still dying from abortions, even though they are now legal. And the reverse seems to be true as well: places that have made abortion illegal have seen a drop in deaths of mothers. As but one example, consider this headline: “Maternal deaths dropped 70% after abortion banned in Chile”.

The article begins, “A Chilean medical researcher published a landmark study on the connection between the availability of abortion and maternal health. He found legal abortion does not contribute to maternal health and showed this using voluminous data from the extensive medical history of Chile.”

Dr. Michael New comments, “The evidence from Chile, however, clearly indicates that maternal mortality continued to fall even when abortion became more restricted. . . . Furthermore, Poland, Malta, and Ireland, where abortion is restricted, have among the lowest maternal-mortality rates in Europe. All in all, this research provides very good evidence that access to abortion has had little to do with improved public-health outcomes for women.”

Let’s consider Ireland, where abortion has been illegal for a very long time (and only just partly allowed as of July 2013). One commentator says this about maternal health there:

Ireland has maintained one of the lowest maternal mortality rates in the world. It is safer to be an expectant mother in pro-life Ireland than pro-choice America or Britain. Ireland’s experience contradicts the ‘legal abortion makes pregnancy safer’ logic, which perhaps explains why the pro-abortion movement has had its eyes trained on Ireland for so long. Ireland is an example of a healthcare system where the rights of both the baby and the mother are upheld equally – to the detriment of no one.

Seventh, this argument begs the question. It can only be an effective argument if we assume that the unborn are not fully human. If they are not, then, as Francis Beckwith argues,

“the abortion-rights advocate has a legitimate concern, as one would have in overturning a law forbidding appendectomies if countless people were needlessly dying of both appendicitis and illegal operations. But, if the unborn are fully human, this abortion-choice argument is tantamount to saying that because people die or are harmed while killing other people (i.e., unborn people), the state should make it safe for them to do so.”

The evidence is in: all the rhetoric about backyard abortions is just that: rhetoric. It is just another emotive myth peddled by the pro-death camp to justify the killing of unborn babies.

4 Replies to “The Myth of Backyard Abortions”