I often think about the Christian life and running the race. How many folks persevere to the end, and how many simply give up along the way? Thankfully many do indeed endure and stand strong, but sadly many do not. Many seem to be just a flash in the pan. That saying has been defined in various ways:

-A sudden spasmodic effort that accomplishes nothing
-One that appears promising but turns out to be disappointing or worthless
-Something that happened only once or for a short time and was not repeated
-A thing or person whose sudden but brief success is not repeated or repeatable
-A project, person etc that enjoys only short lived success
-Something which disappoints by failing to deliver anything of value, despite a showy beginning

And one online dictionary says this about its origin: “This originally had a literal meaning, i.e. a real flash in a real pan. Muskets used to have small pans to hold the gunpowder charge. An attempt to fire the musket in which the gunpowder flared up without firing a bullet would be called a ‘flash in the pan’.” 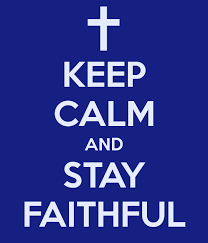 I find this all the time in the Christian scene. In general, Christians will come along, all excited about the faith. More specifically, they will get all excited about what I do and the various issues. They see the need to be salt and light and they seek to make a difference in the world around them. They get involved and speak out on things that matter.

But almost as quickly as they came on the scene, they disappear. They may hang around for some months, maybe even a year. Then all of a sudden they seem to go missing. I wonder, “Whatever happened to so-and-so?” One minute they were with me, fighting the good fight, and the next minute they simply vanish.

There would be many reasons for this. Not everyone of course is called to do what I do. And the work can be very taxing and burdensome. One gets plenty of critics and loads of opposition, and few words of thanks, or likeminded colleagues.

Some may have been criticised by others, and they just give up. And sometimes the criticism may have been valid: perhaps in their zeal to stand for righteousness they were a bit too harsh or lacking in grace or tact. So after a word of criticism, they simply give up altogether.

What they should have done of course is deal with any problems, and then get back into the thick of things. They should deal with any shortcomings instead of giving up the important ministry they were involved in. But sadly it does not take much criticism to cause many to throw in the towel altogether.

Of course it does not really matter if people stop joining me in what I do. The only thing that really matters is that people not stop following the Lord. That is the really serious issue here. And Scripture speaks much to this. The Parable of the Sower is a clear case in point.

Found in all the Synoptic Gospels (Matthew 13:1-23; Mark 4:1-20; Luke 8:1-15), it is really a parable about the soil. The different types of soil determine how the scattered seed fares. Some soil is simply not conducive to the seed, and so it does not take root and grow. Jesus explains the soil types (as in Matt. 13:18-23):

Listen then to what the parable of the sower means: When anyone hears the message about the kingdom and does not understand it, the evil one comes and snatches away what was sown in their heart. This is the seed sown along the path. The seed falling on rocky ground refers to someone who hears the word and at once receives it with joy. But since they have no root, they last only a short time. When trouble or persecution comes because of the word, they quickly fall away. The seed falling among the thorns refers to someone who hears the word, but the worries of this life and the deceitfulness of wealth choke the word, making it unfruitful. But the seed falling on good soil refers to someone who hears the word and understands it. This is the one who produces a crop, yielding a hundred, sixty or thirty times what was sown.

This tells us much about those who seem to come to Christ, but soon enough just disappear. Because of a faulty soil, the seed simply could not grow and thrive. Scripture elsewhere speaks about those who run with the Christian crowd for a while, but then just drop out.

In 1 John 2:19 for example we find these words: “They went out from us, but they did not really belong to us. For if they had belonged to us, they would have remained with us; but their going showed that none of them belonged to us.”

Although John begins by talking about “antichrists” (plural) here, the context (vv. 18-27) is about heretics versus true believers. John is seeking to distinguish the false professors from the genuine disciples. John Stott offers some helpful commentary on this.

He says two issues arise in this passage: the notion of perseverance, and the issue of the invisible church. As to the first, he quotes Mark 13:13 (“He that shall endure unto the end, the same shall be saved”), and offers this helpful commentary: They are saved, “not because salvation is the reward of endurance, but because endurance is the hall-mark of the saved”.

He continues: “If the false teachers had been of us, they would no doubt have continued with us. This is stated as a principle. Those who are of us stay with us. Future and final perseverance is the ultimate test of a past participation in Christ (cf. Heb. 3:14).” As to the visible and the invisible church he says this:

Granted that God intends His Church to be visibly manifest in local worshiping, witnessing fellowships, this does not mean that all the professing baptized, communicant members of the Church are necessarily members of Christ. Only the Lord knows ‘them that are His’ (2 Tim. 2:19). Perhaps most visible church members are also members of the invisible Church, the mystical body of Christ, but some are not. They are with us yet not of us. They share our earthly company but not our heavenly birth. Only on the final day of separation will the wheat and tares be completely revealed. Meanwhile, some are made manifest in their true colours by their defection.

Of course I am really discussing two somewhat differing things here in this article: Christian perseverance in general, and those who get involved in aspects of the culture wars for a while but then give up. However in both cases my basic principle holds true: how many are guilty of being just a flash in the pan?

How many give up when the going gets tough? How many are fair weather supporters of the faith, and as soon as things get a bit rough out there, they run and hide? How many believers live by feelings and emotions instead of the sure Word of God?

So whether we are talking about the Christian life as a whole, or particular aspects of it, the need for perseverance, steadfastness and endurance is always vital. True Christians are those who remain true to Christ, and do not give up whenever the heat is turned up.

And the many wonderful verses about the believer’s assurance need to be supplemented with the many powerful warnings found in Scripture as well. Both are part of the biblical data which we must deal with. Of course the issue of whether a true believer can lose his salvation is not actually my main issue of discussion here. It was more about those believers who seem to move in and out of things so easily.

The debate over losing one’s salvation can be a rather complex matter, and must be carefully and thoroughly discussed. That is something I hope to do elsewhere in the near future. So for those seeking to get into a big fight about such matters right now, I advise you to wait until I pen a few detailed articles on this first – OK?

In the meantime, let me close with a few quotes about enduring, and not being a flash in the pan:

“If you falter in a time of trouble, how small is your strength!” Proverbs 24:10

“If you have raced with men on foot and they have worn you out, how can you compete with horses?” Jeremiah 12:5

“Faithless is he that says farewell when the road darkens.” JRR Tolkien

“When we are foiled, let us believe we shall overcome; when we have fallen, let us believe we shall rise again. Jacob, after he received a blow which made him lame, yet would not give over wrestling (Gen. 32:25) till he had obtained the blessing. So let us never give up, but, in our thoughts knit the beginning, progress and end together, and then we shall see ourselves in heaven out of the reach of all enemies.” Richard Sibbes

3 Replies to “Flash in the Pan, or Faithful to the End?”