The excuse of overpopulation is often bandied about by the anti-life crowd. All the major pro-abortion groups list overpopulation as a chief reason for pushing abortion. One simply has to look at the websites of such groups as Marie Stopes International, or the International Planned Parenthood Federation. They all argue that the world is far too crowded already, and abortion helps to keep population levels down. But there are a number of problems with such a position. 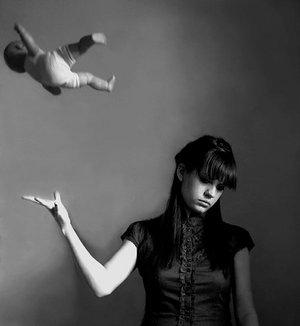 Even if we are overpopulated – and many experts dispute the claim – abortion is not the answer. Just as the answer to a crowded apartment building is not murdering half the residents, so too here, murdering the unborn is not an acceptable solution. There are many couples eager to adopt children. That is certainly a more humane solution.

And if we are serious about proposing death as a solution for the problems of world hunger and overpopulation, why stop at just killing unborn babies? Why not kill adults? After all, they eat a lot more than the unborn, they consume a lot more resources, they take up a lot more space, they make more demands on our environment, etc. The point is, one serious social problem cannot be solved by means of another serious social problem.

Indeed, apply this to any other situation. Many prisons are experiencing manifest overcrowding. Would it therefore be right to kill, say a third of all prisoners, in the interests of reducing prison populations and to relieve overcrowding?

While arguments for overpopulation seemed to carry some weight back in the 1960s (recall Paul Ehrlich’s The Population Bomb), today the real problem is not a population explosion, but a population implosion. Rapidly falling fertility rates are becoming a major concern around the world, certainly in the West. There are plenty of experts one can draw upon here. Let me just mention a few, with a brief quote from each of their works:

Today, global fertility rates are half what they were in 1972. No industrialized nation still produces enough children to sustain its population over time, or to prevent rapid population aging. Germany could easily lose the equivalent of the current population of East Germany over the next half century. Russia’s population is already decreasing by over three-quarters of a million a year. Japan’s population is meanwhile expected to fall by as much as one-third.

Current global population should grow from about six billion to eight or nine billion, after which the United Nations Population Division projects a decline. That is the essence of the New Demographics – what happens when a birth dearth follows a population explosion, with a longevity leap thrown in for good measure. In the modern nations the TFRs [Total Fertility Rates] have collapsed – America excepted. Most nations in Europe, and some other areas, are in a panic.

Fertility rates are in free fall around the globe. The world’s population of six plus billion will never double again, but will peak in a few decades at somewhere around 8 billion, and then begin to decline. Sixteen countries already fill more coffins than cradles each year, and the number of dying countries is growing steadily.

Population decline is the elephant in the world’s living room. As a matter of arithmetic, we know that the social life of most developed countries will break down within two generations. Two out of three Italians and three of four Japanese will be elderly dependents by 2050. If present fertility rates hold, the number of Germans will fall by 98 per cent over the next two centuries. No pension and health care system can support such an inverted population pyramid. Nor is the problem limited to the industrial nations. Fertility is falling at even faster rates – indeed, at rates never before registered anywhere – in the Muslim world. The world’s population will fall by as much as a fifth between the middle and the end of the twenty-first century, by far the worst decline in human history.

Jonathan Last, What to Expect When No One’s Expecting (2013):

The ‘population bomb’ never exploded. Instead, statistics from around the world make clear that since the 1970s, we’ve been facing exactly the opposite problem: people are having too few babies. Population growth has been slowing for two generations. The world’s population will peak, and then begin shrinking, before the end of the century. In some countries, it’s already started. Japan, for instance, will be half its current size by the end of the century. In Italy, there are already more deaths than births every year. China’s One-Child Policy has left that country without enough women to marry its men, not enough young people to support the country’s elderly, and an impending population contraction that has the ruling class terrified.

Let’s look at some of the most recent statistics to help cement the reality of our current situation:

Growth rates have dramatically declined from the late 1960s when the global population grew at a rate of 2.1% each year. That rate is now about 1% a year. The UN’s low variant projection (historically the most accurate) indicates that it will peak at around 8.3 billion in 2050. Even the medium variant projection shows population growth slowing to 0.1% by the century’s end, and turning negative beyond 2100. In either case, the population of the world will never double again.
As these numbers suggest, fertility rates have dipped to all-time lows. The U.N.’s medium variant projection estimates that women are now averaging 2.45 children over their reproductive lifetime, while the low variant pegs this at only 2.05. The global average was 4.97 just 60 years ago. Under either variant, this number will be well under replacement by century’s end. After all, global replacement fertility – the rate needed to replace the current generation and prevent population decline – is 2.23 children per woman over her reproductive lifetime.
Many developed nations are already suffering from the effects of population decline. Populations in many areas are rapidly aging as younger cohorts are becoming smaller. Social safety nets are being strained to the breaking point as fewer workers are struggling to support increasing numbers of elderly.

And concerns about supposed overpopulation have often resulted in many draconian and inhumane policies, such as forced abortions, sterilisations, and widespread eugenics policies. Plenty of volumes have carefully documented these horrific realities.

Misplaced concerns about overpopulation and related issues are often used to make the case for baby-killing. It is time to debunk those myths now. As Frank Furedi wrote some years ago:

Throughout history, different cultures have celebrated birth as a unique moment, signifying the joy of life. The reinterpretation of a new birth as ‘greenhouse-unfriendly behaviour’ speaks to today’s degraded imagination, where carbon-reduction has become the supreme moral imperative. Once every newborn baby is dehumanised in this way – represented as little more than a professional polluter who is a ‘potent source of greenhouse gas emissions’ – then it becomes difficult for people to read the BMJ editorial without nodding along in agreement.
If the birth of a baby is regarded as an unnecessary and unacceptable burden on the carrying capacity of the planet, then it’s only a matter of time before a child’s very existence will be regarded as a threat. One of the distinct features of contemporary environmentalism is its intense suspicion of the human species. Environmentalists’ systematic spread of fear about the ‘human impact’ promotes mistrust of people’s motives, and in the end of people themselves. Going further down this route, the new demands for a carbon tax on fertility means that the defining identity of a newborn baby would be ‘Polluter’.

Whenever you have an ideology which tells us that people in general and babies in particular are bad or threatening, then you know you have a suspect ideology.

8 Replies to “Abortion and the Myth of Overpopulation”