In the abortion wars the number of silly and patently fallacious arguments used by those sanctioning baby killing are many. Every lousy excuse they can dream of is used as they attack those seeking to defend the unborn from being led to the slaughter.

I have dealt with plenty of their bogus claims over the years, and there are plenty more that can be covered. Let me here deal with another commonly-used myth peddled by the pro-death camp. Abortion supporters are quite keen to tell those who are pro-life that they have no right to impose their moral views on other people. 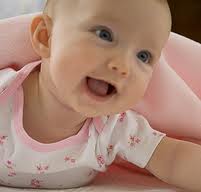 They claim that because some people are concerned about abortion, they are somehow taking away the freedoms of others, they are being busybodies, and they are acting as some sort of moral Taliban. They insist that on the abortion issue we must simply sit down and shut up.

But there are all sorts of problems with this line of thinking. Firstly, in a democracy, all points of view are entitled to a hearing. That is exactly what makes for a democracy: allowing the free flow of ideas, and enabling countering views on contentious issues to be freely presented and discussed. And after all, does not the other side claim the banner of ‘choice’? Why then do they seek to deny the other side the right to be heard?

And this myth is based on the false idea of tolerance, which has become the greatest virtue in contemporary culture. Tolerance used to mean respecting the other person while disagreeing with his or her ideas. Today it means you must accept the other person’s views, or be seen as intolerant, judgmental and narrow-minded.

But, as Francis Beckwith argues in his important 1993 volume, Politically Correct Death, “to be tolerant of differing viewpoints involves just that – differing viewpoints, all of which cannot be equally correct at the same time”. And as American philosopher J. Budziszewski has pointed out:

If you really believe that the meaning of tolerance is tolerating, then you ought to tolerate even intolerance. If you really believe that the best foundation for toleration is to avoid having strong convictions about good and evil, then you should not try to harbour the strong conviction that intolerance is bad. . . . Consistency would require that if it is intolerant to prohibit the abortion of babies in the womb, then it must also be intolerant to prohibit their protection.

And values are being pushed all the time. The real question “is not whether values are going to be imposed or legislated, but whose values” as Carl Horn puts it. It just so happens that at the moment, the values of the pro-death camp are predominating, legally, socially and culturally.

They are certainly imposing their values on the rest of society, and they are very proud of it. That is why they do not want the other side to be heard. They enjoy the ideological hegemony they currently possess. They see it as a major threat when the other side is allowed a word in edgewise.

Moreover, on important moral issues we need to speak out. Should we tolerate polluters, racists and rapists? This is like saying ‘I am personally against environmental destruction, racism and rape, but who am I to push my personal beliefs onto others’. When the protection of innocent life is at stake, we not only have the right but a duty to speak out.

And such moral concerns need to be reflected in the law. Issues as important as killing human beings need to fall under the domain of civil law. As Stephen Schwarz has rightly stated, “All civil rights should be protected by law”. The truth is, basically all law is imposed morality.

Let me conclude with some wise words from F. Lagard Smith on these matters of tolerance and imposing one’s views. They come from his excellent 1990 volume, When Choice Becomes God. He rightly notes that “few of us really want to be in the business of deciding what is acceptable behaviour for everybody else.” But, he continues,

neither have we abandoned altogether being our brother’s keeper. Just let the Ku Klux Klan resurrect lynching, or have some group of neo-Nazis talk about exterminating Jews again, and we will all throw down our pro-choice banners and become the most intolerant people you ever saw – and rightly so. They could talk all day long about their “right to decide,” but we wouldn’t tolerate it.
Under those circumstances not one of us is going to say, “I’m personally against lynching and genocide, but I don’t want to impose my values on others.” When innocent life is at stake, we realise that we can no longer be pro-choice. At that point, pro-choice is a license to kill.
In the battle over abortion, the question simply cannot be framed as one of tolerance. If an unborn baby is not a human life worthy of protection, then let the woman decide whether to have an abortion. On the other hand, if an unborn baby is in fact a human life worthy of protection, then a woman can have no choice. When innocent life is at stake, we have no choice but to protect it. To do otherwise would be to invoke the tyranny of tolerance.
Saying no to pro-choice on the issue of abortion is not for the purpose of imposing our values on others. It is to keep others from imposing their values upon those who, because they are powerless to defend themselves, will never have a chance to choose their own values.

Yes exactly right. When it comes to defending the innocent against their destruction, it is high time indeed that we impose a bit of morality.

7 Replies to “Are Pro-lifers Imposing Their Values On Others?”