This is now my third article on that wretched and perverse cheating website known as Ashley Madison. You know the one I am talking about – these are the guys whose motto comes out of the very pits of hell: “Life is short. Have an affair.”

It is not my intention to keep bringing up this sleazeball outfit which has so much to answer for. But there is a reason for yet another article on all this. My first piece of five years ago discussed the American’s outfit move into Australia, and why that was such bad news: billmuehlenberg.com/2010/04/12/getting-rich-from-busting-up-marriages/ 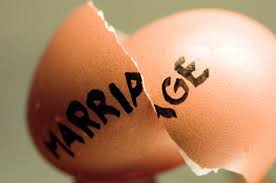 My piece of two days ago spoke of a hacker attack, where millions of “secret” affairs were threatened with public exposure. As I said, talk about a betrayal of trust on top of a betrayal of trust. Sort of serves them right: billmuehlenberg.com/2015/07/23/ashley-madison-your-sin-will-find-you-out/

The head of this outfit of course must perpetuate lies and deception to even try to get away with all this. For example, he claims that this is an acceptable and non-harmful thing to do, so just go for it. But that is pure baloney. As I wrote in my first article on Ashley Madison:

He says, “Having sex with a like-minded person is better than starting a relationship with a friend or someone in the workplace, or going on to singles sites or bars to meet people. No one has to get hurt this way.”
No one? Sorry Jack, but I am not buying this baloney. Cheating always hurts people. It hurts the one doing it, it hurts the one being cheated on, it hurts any children involved, and it hurts all of society. This clown is simply getting rich off the destruction of other people’s marriages.
And he is a stinking hypocrite to boot. He says that he is “a happily married man” with two children, and that his wife only reluctantly agreed to this business. So whether he is cheating or not, he is quite happy to encourage other couples to cheat.
Incredibly, he claims that “Cheaters still love their partners”. Sorry bub, but I am not buying that one either. Love is more than an emotion. It is a commitment to another person, willing them the highest good. That can never be achieved by breaking trust with them and cheating on them.
If you really love your spouse, you will not cheat on him or her. It is that simple. Cheating is a clear indication of lack of love. If a football player cheated, helping another team to win by throwing the game, could he still claim that he loves his team? I don’t think so.
This whole business is one ugly grubby attempt to make money off the misery of others.

And that is always going to be the reality. Adultery, cheating, affairs, etc., are always harmful, always hurtful, always damaging, and always exploitative. They are marriage busters pure and simple. There is no such thing as a victimless affair – everyone suffers, big time.

While more Christians should be getting into the act here condemning this great evil, it took a secular newspaper to do our job for us. I refer to a powerful article in the Daily Mail which spilled the beans on the hellishness of affairs. What a terrific service it has just performed by printing excerpts from stories by some of the many victims of affairs.

Here is part of what this much-needed article had to say:

The Daily Mail is reporting that many marriages and relationships have been permanently damaged by people using the website, which 1.2 million Britons have signed up to.
‘Horrendous’
Sarah, 34, from Surrey, was happily married for ten years and had a six-year-old son, James. But in January 2013, she discovered that her husband Rich had been having an affair for two years, arranged via the website. “I was shaking from head to foot. I felt physically sick. I didn’t know whether to cry, laugh or scream. It was horrendous.
‘Heart-broken’
“My stomach was in knots. I felt so angry and confused and utterly heart-broken, all at the same time”, she said. The couple divorced eight months later. Jackie, 50, from North Wales, also caught her husband Peter using the site.
‘Sickened’
“I had my suspicions he was cheating and thought I’d set up my own account on a few of these sites so I could have a look”, she said. “I was sickened to see his face pop up.”

Men whose wives and girlfriends have started affairs through the website have also spoken out.
‘Marriage ruined’
“This site destroyed my marriage of 20 years”, said Bob, 47. “It ruined my marriage and my self-esteem. It was awful.”

Jo Welch, from the support group ‘Women Scorned’, said that the number of messages they have received from people whose marriages have been wrecked because of spouses using this type of website has soared in recent years.
‘Suffering’
“It may have started in the U.S. but it’s a trend that is growing frighteningly quickly in Britain”, she said. “Websites like this are disgraceful. They break up families, causing so much pain and suffering — and we have to deal with the children and wives and husbands whose lives are destroyed at the click of a button”.
Harry Benson, Research Director at the Marriage Foundation, says such sites are “thoroughly unpleasant and misleading”.
‘Misery’
“They actively encourage people to look for an affair by making that option available”, he added. He said that to “facilitate” affairs is “trying to profit from unhappiness and turn it into misery”.
“To pretend that adultery is a good thing in an otherwise long-lasting, loyal relationship is utter nonsense.”
[Names reported in the Daily Mail were changed for legal reasons.]

Marriage is of course the most sacred trust and the most intimate and committed of relationships. To break this sacred covenant and run off looking for fresh meat is the height of unfaithfulness, treachery, perversion and unreliability. How many of these people pledged their allegiance and faithfulness to their spouse at some point in a public ceremony?

There is only one thing worse than this diabolical betrayal of trust. And that is those sick moral monsters who are getting rich by ruining the marriages and lives of others. Sin will always exist in this fallen world, but when it is egged on for profit, that is the height of evil.

As Jesus put it in Luke 17:1-3, “Things that cause people to stumble are bound to come, but woe to anyone through whom they come. It would be better for them to be thrown into the sea with a millstone tied around their neck than to cause one of these little ones to stumble. So watch yourselves.”

8 Replies to “Um No, Adultery is Not Liberating”