It seems that every activist group in town is coming out of the closet – except one. Homosexuals are happy to go public, as, increasingly, are polyamorists, the incest brigade, and even paedophiles. All these groups – and more – are seizing the moment, publicly declaring themselves, coming out loud and proud, and demanding to be accepted and celebrated.

Yet there is one group that seems to be doing the exact opposite. One group is actually going back into the closet. Whether because of fear or whatever, more and more of these folks are retreating from the public arena where they belong, and they are going back into hiding.

I refer of course to spineless Christians. Far too many have absolutely abandoned the calling – and command – to be salt and light, and are retreating with their mouths fully shut. They refuse to speak out, whether about the vital social and moral issues of the day, or even about their own faith. 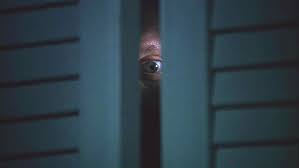 So intimidated and cowardly have they become, that they sit back and say nothing and do nothing when all around them their faith is under attack and sin is coming in like a flood. They have effectively decided to just sit all this out, pretending they can somehow remain neutral in a time of crisis.

Well, it just does not work that way, especially in such dark days as these. We need to be shining the light of Christ wherever we go, and whatever we do. Now is not the time for retreat, for silence, for cowardice, for surrender. Now is the time to be men and to stand strong.

A brand new article on this very matter has appeared, and it is by those who know whereof they speak. I refer to “No Such Thing as a ‘Secret’ Christian Anymore” by Jason and David Benham. You might recall that these brave twin brothers lost their television show because they refused to buckle on the issue of homosexuality.

Thus they speak with authority on such matters. They write:

If the events of the past month teach us anything, it’s that if you’re a Christian living in America, people should know it. There can be no such thing as a “secret” Christian anymore, especially if you occupy a position of influence.
Unfortunately, many Christians, especially those in positions of authority, are afraid to reveal their true identity for fear of being mocked, ridiculed or even persecuted for their faith. But the time for being quiet has passed – it’s time to stand.
We heard it once said, “Silence is golden. But sometimes it’s just plain yellow.”
In some circumstances, silence can be courageous, but silence in the world we face today is pure cowardice.
So how do you discern when it’s time to speak or remain quiet?

They discuss the biblical story of Queen Esther, and continue:

After explaining Haman’s plot to exterminate the Jews, Mordecai then ordered Esther to reveal her identity to the king – to stand up and speak out.
Her first response was based on fear, “But I could die if the king does not first summon me.”
Mordecai responded, “Who knows if you haven’t obtained royalty for such a time as this?!” He reminded her of who she was.
Esther’s second response was based on courage, “I will go in to the king, and if I perish I perish.”
Thankfully, when the king saw Esther standing in his court, he summoned her. She then exposed Haman’s plot to the king, and he issued a new decree to protect the Jews.
Esther saved God’s people from being destroyed because she was willing to risk it all! A stake of testimony was driven deep into the Persian Empire.
There’s much more to the story, but the important thing to note is that the time Esther stood up and revealed herself was when “Haman’s plot” was in the “head of the king.”

The same is true today.
A lesser version of “Haman’s plot” (the agenda to silence Christian influence) is alive and well in America. And, unfortunately, this plot is now in the head of our governing authorities.
Thankfully, we’re not being killed for our faith. (God help those in other countries who are.) But our reputations, jobs and churches are certainly coming under attack. And it’s not time to sit quietly by, enjoying our positions of influence.
When 1600 Pennsylvania Ave is lit up like a rainbow and our tax dollars are paying for the extermination of babies and harvesting of their body parts, we have an Esther situation on our hands. The question is, which Esther will we be – the first, ruled by fear? Or the second, responding with courage?
It’s time to speak up. It’s time to reveal ourselves and risk it all.
Like Esther, we may be afraid. That’s OK – it’s natural. But it’s supernatural to stand and speak when so much is on the line.
If you claim to be a Christian, now is the time to reveal yourself and take a stand – just like Esther!

Absolutely right. There really is no such thing as a closet Christian. You are either a genuine disciple of Jesus Christ, always ready to be a witness in a dark and needy world, or you are not. It is that simple. So, based on these basic biblical truths, just what are you?

Are you a true disciple of Jesus Christ, or just a pretender, hiding in the closet?