Wanna know how to destroy a culture? There are many successful means by which we can do this, but one easy way is to target the children. Get them in the schools, attack the values and beliefs of their parents (usually behind their backs) and turn them into amoral and immoral sex perverts. This is a perfect recipe for laying waste a culture.

And it is happening all the time regrettably. The West is becoming one big moral and sexual cesspool where anything goes, and our children are especially the victims. We are killing our kids with all things sleazy and sensual. We are destroying our children with all things putrid and pornographic. 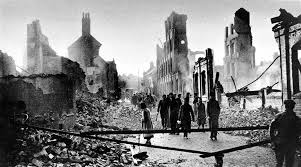 My site has documented this on numerous occasions, and there is never a shortage of new examples of this. Consider just two new shockers coming out of the UK. Both involve pushing the sexual boundaries and attacking mainstream morality.

And both can be added to the ‘How To Destroy a Culture’ guidebook. They are textbook examples of how to destroy our young people, our culture and our society. The first example has to do with some quite appalling material used in a sex ed class there:

Plenty of outraged parents and social commentators have already spoken out on this madness. As one writer said:

The shocking lessons have been justified on the grounds that pornography is easily accessible, and that pupils need guidance on what they are seeing. Steve Campbell, the head teacher of Hollins Technology College in Accrington, which the pupils all attend, said that he didn’t regret his decision to invite Ms Liekens to give the classes. “I suppose it was quite a big step to invite her but in the last year we have dealt with teen pregnancies and inappropriate texts, and without the shadow of a doubt, the biggest single influence on children is pornography,” he said.
Campbell is filmed agreeing to include some of the lesson content in the school’s wider sexual education curriculum, saying: “Re: the content, we’re [the teachers] now talking about aspects surrounding pornography, masturbation and sexual pleasure. I believe that the route we are going down is appropriate and is what is needed in the school.”
However, Breitbart London last year reported on the case of a 13 year old boy who raped a girl in his class following a sex education class. The boy, from north Wales, asked the girl whether she wanted to “try sex”, but when she refused he raped her, telling her afterwards “you can go now”.
Anecdotal evidence from the charity Rape Crisis suggested that instances of young teenagers raping their friends is not uncommon, but a spokesperson for the charity argued that this bolstered, rather than diminished, the case for more sex education at a younger age.
Tory MP Philip Davis disagreed, telling the House of Commons: “We have been having sex education in our schools for more than 40 years, and it was supposedly going to solve things such as teenage pregnancies and unwanted pregnancies. Most of my constituents would probably conclude that the more sex education we have had since the early 1970s, the more teenage pregnancies and unwanted pregnancies we have had.” Meanwhile the call for sex education at an increasingly young age continues.

My second example is also a real shocker, with an English MP saying that those who teach in favour of heterosexuality are as bad as terrorists, and should be punished accordingly. As one write-up puts it:

New banning orders intended to clamp down on hate preachers and terrorist propagandists should be used against Christian teachers who teach children that gay marriage is “wrong”, a Tory MP has argued.
Mark Spencer called for those who use their position in the classroom to teach traditionalist views on marriage to be subject to “Extremism Disruption Orders” (EDOs), tough new restrictions planned by David Cameron and Theresa May to curb radicalisation by jihadists.
In a letter to a constituent, Mr Spencer, the MP for Sherwood in Nottinghamshire, insisted that Christian teachers were still “perfectly entitled” to express their views on same-sex marriage – but only “in some situations”.
Christian campaigners said Mr Spencer’s remarks confirmed what they had previously warned: that those who believe marriage should only be between a man and a woman would now be “branded extremists”.

This totalitarian proposal is so bad that even some non-religious folks have made a stink about it:

The National Secular Society, which supports same-sex marriage, said the proposed banning orders could be one of the biggest threats to freedom of expression ever seen in the UK.
Ministers have signalled that the orders, expected to be a key plank of the Government planned new Counter-Extremism Bill, would be used not only to curb the activities of radical Islamist clerics but those who promote other views deemed to go against “British values”.
Ministers have defined British values in the past as including broad notions like democracy, tolerance and the rule of law. Mr Spencer was writing in response to an email from a constituent who was concerned about claims by the campaign group the Christian Institute that EDOs could be used against those with traditional beliefs.

As I say, one can easily add these two recent cases to hundreds of other such examples of the major moral freefall we are in, especially in our schools, and especially with our kids being targeted. It is as if some master demon was putting together a guide on how to bring down a culture.

Indeed, it is as if there was a personal, malevolent spiritual power at work to destroy everything that is good, wholesome and godly. Well, Christians of course believe there most certainly is such a being, and that he appears to be working overtime nowadays.

But plenty of concerned voices have been speaking out about all this for quite some time now. I am reminded of one powerful talk given by an American radio personality some decades ago. I refer to a still quite popular broadcast made by Paul Harvey.

His brief talk, “If I Were the Devil…” was first broadcast in 1965. Through the years he had updated the speech, and it remains one of his most memorable broadcasts. Here is one version that you can listen to. This one was perhaps broadcast in the 1990s: www.youtube.com/watch?v=QGrWvrGDOXg

He of course refers to the sexualisation and pornification of our culture among other things, and how it all seems to be going nicely according to plan. Well it sure does. Here is a short part of it:

If I were the devil…
I would caution against extremes: in hard work, in patriotism, and in moral conduct.
I would convince the youth that marriage is old-fashioned, but swinging is more fun; that what you see on television is the way to be; and thus I could undress you in public and I could lure you into bed where there are diseases for which there is no cure.
Then I would separate families, putting children in uniform, women in coal mines and objectors in slave-labour camps.

Have a listen to this 3-minute broadcast, and have a think about it – if what he first said 50 years ago was true back then, how much more true is it today? Satan is having a field day, and the direct assault on our children is one of his most despicable tactics.

14 Replies to “Destroying Cultures: A How To Guide”