The newest video about the activities of Planned Parenthood has been released, so how does the mainstream media respond? With more stories about Cecil the lion of course. Since the MSM refuses to do its job on one of the most important stories of the decade, I will continue to cover this.

With the fifth damning video (out of a total of twelve) just released further exposing the satanic killing fields at Planned Parenthood, it is now clear beyond all doubt what this sinister group is all about. It has nothing to do with caring about women but everything to do with the wholesale slaughter of babies and a raging racket in selling baby parts.

And as the newest video clearly reveals, this is also about selling intact babies. Dr. Savita Ginde, Vice President and Medical Director of Planned Parenthood of the Rocky Mountains admits to this: “If someone delivers before we get to see them for a procedure, then they are intact…”

Says Kristi Burton Brown: “Dr. Ginde is admitting here that a good number of the second trimester babies at Planned Parenthood of the Rocky Mountains (PPRM) – about 10 percent – are born before the abortion is even performed. How many are born alive and either left to die or actively killed outside the womb?” 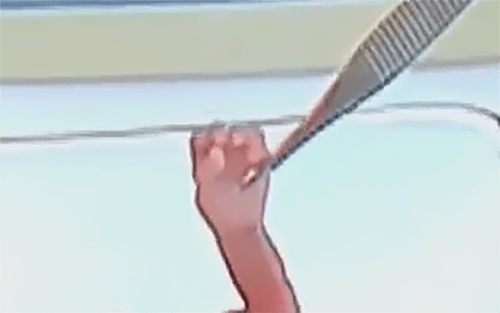 And this part of the video demonstrates that PP knows full well they are dealing with actual babies – not blobs of tissue:
Ginde: So, also possibly a twin in there.
Ginde: This is part of the head.
Buyer: Oh wow. That – this is high quality.
Ginde: Yea. The nose?
Buyer: Yea, I see the mouth and everything
Ginde: Here’s the heart…My fingers will smoosh it if I try to pick it up. The heart is right there.
Ginde: A lot of times I‘ll get a full torso, spine, kidneys. You could send the whole thing or pick that apart.
Ginde: But sometimes with the residents, I tell them to poke around, and sometimes embryology will come full circle. Find all the parts you know…I think it’s pretty amazing.
Ginde: Do you want me to get rigid forceps or something so you can pull that out?
Buyer: Do you have like a little one?
Ginde: I don’t have a little one, but I have a big one. You can pull out a leg or something.
Buyer: Oh, and kinda just dangle it? Yea, why not?
Ginde: It’s a baby.

It is time we stop believing the lies of PP and its leftist supporters. PP is into baby killing. That is its core business.

It is time to act

As we learn more and more about this nefarious outfit, we don’t need to wait for some after the fact trial, as in the Nuremberg Trials. We can act now. In addition to the various state and federal investigations that have been launched, some states and sponsors are now pulling out. As one example:

The state of Louisiana has cancelled its contract with the state’s two Planned Parenthood centers. Louisiana governor and 2016 presidential candidate Bobby Jindal said that the decision came because of new videos showing illegal activity by top Planned Parenthood officials.
“In recent weeks, it has been shocking to see reports of the alleged activities taking place at Planned Parenthood facilities across the country. Planned Parenthood does not represent the values of the people of Louisiana and shows a fundamental disrespect for human life,” he said. “It has become clear that this is not an organization that is worthy of receiving public assistance from the state.”

And another: “New Hampshire’s Republican-led Executive Council rejected $639,000 in state funding for Planned Parenthood along party lines Wednesday amid a renewed national debate over whether the organization should receive public money.”

Also, more and more major American companies are withdrawing their support of PP, with Kohls and Mrs. Fields among the latest. We need to keep the pressure up until every last penny from state and corporate supporters of PP are dried up.

I just mentioned the Nuremberg trials. The parallels here are of course obvious. Ryan Bomberger makes this case in his new article, “Hey Planned Parenthood: Hitler Called and He Wants His ‘Scientists’ Back”. He writes:

The holocaust is not only relevant; its underpinnings are foundational to the same eugenics movement that birthed Planned Parenthood and abortion-on-demand in America and around the globe.
The International Federation of Eugenics Organizations (of which The American Eugenics Society and the New York based Eugenics Record Office at Cold Springs Harbor Laboratory were an integral part of) based its perspective on race and heredity on the Rockefeller Foundation-funded work of Eugen Fischer.
As director of the Keiser Wilhelm Institute for Anthropology, Medical Genetics and Eugenics in Germany Fischer took pseudoscience to a whole new low. He developed the so-called racial hygiene theory that was embraced by Hitler’s Nazi regime. And the rest, along with millions of human lives, is history…and the present. Nazis’ American counterparts implemented this vulgar pseudoscience in over 60,000 forced sterilizations, racist immigration policies, and a relentless racially targeted birth control crusade headed by fellow eugenicist, Margaret Sanger.
“Birth control itself, often denounced as a violation of natural law, is nothing more or less than the facilitation of the process of weeding out the unfit, of preventing the birth of defectives or of those who will become defective.”
These are Sanger’s words about human life from her 1920 book, Women and the New Race, that can’t be justified in any context. Her anti-life advocacy has resulted in the most destructive eugenic actions in history – holocausts overseas and right here in America, including the slaughter of over 57 million American children as part of Planned Parenthood’s final solution. This isn’t an issue of vague correlations, but direct causation.
Josef Mengele, the infamous Nazi “scientist”, experimented with no conscience. His barbaric treatment of human beings is world renown. What many don’t know is this “research-conducting” madman’s gruesome “experiments” included abortions at Auschwitz. When he fled before Auschwitz was liberated, like the death-obsessed coward he was, he couldn’t help but remain in the same field of human butchery; he became a full-time abortionist in Argentina.
And so many can’t even see that the Pol Pots, the Stalins, the transatlantic slave traders, the Mao Zedongs, the Hitlers of world history have simply donned a different outfit, a splashy new pink banner, and a few new euphemisms. But they’re still the same culprits of corruption and inhuman injustice.
Science is not supreme. And the ends rarely justify the means, especially if it means selling our children as line items…in violently mutilated “war-torn” pieces.

Time for Christians to act

It is the Christian church that especially needs to stand up and be counted here. In addition to the Nazi parallels here there is also the slavery parallel. This is indeed a Wilberforce moment for contemporary Christians. Will we respond to the most pressing moral crisis of our time, as Wilberforce did to the slave trade, or will we just sit by and do nothing?

The simple truth is, standing up for the sanctity of human life is always a gospel issue. Standing up for Blacks was crucial back then, and standing up for the unborn is crucial today. One pastor who knows about the importance of this is Shane Idleman. The post-abortive pastor calls for an end to the damnable silence on abortion from our pulpits. He says:

Approximately 23 years ago, as a prodigal, I conceded to my girlfriends request to abort our child around the 5th week of conception. The pain of that decision still haunts me today. What would they look like? Was it a boy or a girl? I can picture walking and talking with my child… watching his or her first steps… holding them when they cry and rejoicing with them when they succeed. But these are just dreams in my mind; dreams that often leave me heartbroken. Regret is one of the hardest pains to deal with because it is a constant reminder that we failed… failed God, others, and the aborted child.
Groups such as Planned Parenthood say that there are little, if any emotional scars for the women involved… the baby is just tissue. This is very deceptive—the emotional scars can last a lifetime. And it’s not just women who feel the pain, the men often carry tremendous guilt as well….
Pastors… make no mistake about it: We play an enormous role in shaping the direction of the country. We can no longer remain silent while silent screams go unheard. Deep repentance must take place at the individual and national level; our consciences have been seared. Our job is to preach the totality of God’s Word, including those things that are hard to hear, so that both conviction and comfort take place. When human life is devalued, atrocities such as the holocaust, slavery, sex-trafficking and abortion occur. God help us when we ignore our calling to confront evil. Pastors are to be pillars who support truth. When was the last time your pastor discussed this controversial topic from the pulpit? Change will not occur until we confront sin rather than hide from it. “We need more prophets in our pulpits and less puppets” (Leonard Ravenhill).

This is a core part of our calling: to be salt and light. To refuse to engage in the abortion debate is a clear dereliction of our Christian duties. And these videos about PP really are a gift from God. We must praise God for the Center for Medical Progress and all the work they have done in exposing this killing machine.

Now the whole world knows what PP is really all about. None of us can claim ignorance anymore. Just as Wilberforce alerted his fellow countrymen to the horrors of slave trade, so too groups like CMP are alerting us to the horrors of the baby parts trade – and of course abortion itself.

Wilberforce once said this about the evil slave trade which he spent so many decades fighting, “You may choose to look away, but you can never say again that you did not know.” It is exactly the same here. You can pretend these revelations are not occurring.

You can choose to look the other way. But you can no longer claim ignorance. You now fully know. So the only question that remains is this: what will you do about it?

8 Replies to “Time To Stand Against the Baby Killers”