Just what will it take to get Christians to wake up to one of the greatest moral evils of our age, and finally do something about it? I refer of course to abortion and the slaughter of the innocents. There are some 45-50 million unborn babies killed every year, but most Christians don’t seem to give a rip.

We need to arouse ourselves from our stupor and make a stand for the unborn. We all have a role to play in this. I am trying to do my bit to raise awareness, stand for life, and encourage others to get involved. This will be my 284th article on abortion, and in a few months I hope to have a book out on this vital topic.

Some would claim that abortion is not a gospel issue. I of course disagree – big time. It most certainly is. The sanctity of life is at the very heart of the God with whom we have to do. How can we claim to represent our loving God yet not stand for life and resist those who would slaughter so many millions of innocent lives? 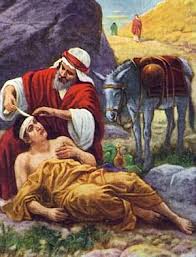 I often think about how I might get believers to wake up to their important calling in this area. It occurred to me recently that the parable that Jesus gave us about the Good Samaritan would clearly fit in here. I am sure others may well have made this linkage, but none come to mind just at the moment.

So here is my take on it. The word of God is of course inspired and authoritative, so I intend no disrespect here, but this modern adaptation involving the abortion issue may not be amiss. It is a slight paraphrase which I think is fitting and appropriate.

The Parable of the Good Samaritan is found in only one of the four gospels. You can find it in Luke 10:25-37. Here is my modern version of this great teaching by Jesus:

On one occasion an expert in the law stood up to test Jesus. “Teacher,” he asked, “what must I do to inherit eternal life?”
“What is written in the Law?” he replied. “How do you read it?”
He answered, “‘Love the Lord your God with all your heart and with all your soul and with all your strength and with all your mind’; and, ‘Love your neighbor as yourself.’”
“You have answered correctly,” Jesus replied. “Do this and you will live.”
But he wanted to justify himself, so he asked Jesus, “And who is my neighbor?”
In reply Jesus said: “A man was going down from Sydney to Melbourne, when he passed by an abortion mill. There he saw innocent babies being led to their destruction, leaving them dead. A priest happened to be going down the same road, and when he saw the mill, he passed by on the other side. So too, a Levite, when he came to the place and saw the poor babies, passed by on the other side. But a Samaritan, as he traveled, came where the babies were; and when he saw them, he took pity on them. He went to them and did all he could to rescue them. Then he put them in his own car, brought him to an inn and took care of them. The next day he took out a thousand dollars and gave it to the innkeeper. ‘Look after them,’ he said, ‘and when I return, I will reimburse you for any extra expense you may have.’
“Which of these three do you think was a neighbor to those who fell into the hands of the abortionists?”
The expert in the law replied, “The one who had mercy on them.”
Jesus told him, “Go and do likewise.”

My analogy is of course poor, and many of you would undoubtedly do a much better job of retelling this story. But I think you get the message. Jesus would strongly commend those who take care of those in such great distress – in this case the hapless unborn being taken to their slaughter.

He would rebuke these cold and heartless big cheeses in the religious world, while praising to the max those who actually had concern, who acted, who sought to save those being taken to their slaughter. He would embody what we read about in Proverbs 24:11: “Rescue those being led away to death; hold back those staggering toward slaughter.”

He would fully concur with Proverbs 31:8: “Speak up for those who cannot speak for themselves, for the rights of all who are destitute.” And Psalm 82:2: “Defend the cause of the weak and fatherless; maintain the rights of the poor and oppressed.”

That would be his heart on this matter, and it should be our heart on this matter. Let me conclude with a few quotes from a few religious leaders who do care and are speaking out. R.C. Sproul has spoken often on abortion. Here are four of his thoughts on this:

“I pray God for a multitude of Wilberforces who will relentlessly speak against this monstrous evil, until such a day that our nation will wake up.”

“I’ve studied theology for over fifty years and there are things about God I don’t know – he’s incomprehensible. But if I know anything about God – I don’t just think, I know, beyond a shadow of a doubt – it’s that he hates abortion, and he will judge nations that support it; that there are churches that support it; there are people in this room who support it. I don’t think they thought about it for five minutes. How could they? We may be that wicked, but we’re not that stupid.” -R C Sproul

“It is time for churches that see the evil of abortion to stand up and be counted – no matter the risk or the cost. When the church is silent in the midst of a holocaust, she ceases to be a real church. Wherever human dignity is under attack, it is the duty of the church and of the Christian to rise up in protest against it.”

“The organized church – more than any other institution apart from the Supreme Court – has neglected its duty to inform the public conscience [about abortion]. If the church says that abortion is a horrific injustice, but acts as if it’s no big deal, what is the world going to conclude?”

Francis Schaeffer had similar thoughts: “There should be a sign in front of every abortion clinic that reads: ‘Open by permission of the church’.”

Yes exactly. The killing fields of the abortion mills are continuing apace because most believers do not care about it, and are doing nothing about it. Jesus replied to the religious leader with these words: “Do this and you will live.” He made it perfectly clear what our responsibilities are:

“Which of these three do you think was a neighbor to the man who fell into the hands of the robbers [abortionists]?”
The expert in the law replied, “The one who had mercy on him.”
Jesus told him, “Go and do likewise.”

Go and do likewise.

15 Replies to “Abortion and the Good Samaritan”