I have documented examples of this for years now. The secular left MSM is always willing to do the work of the homosexual lobby, and those with a differing point of view are routinely ignored, attacked, vilified or censored. That is the reality we face in Australia and the West today.

And if any media outlet does dare to air the views of the other 98 per cent of the community, then all hell breaks loose. We see all this at work with the attempt to air a short pro-marriage ad on TV and radio. Many if not most outlets are refusing it, and those that are running with it are already facing the wrath of the militants. 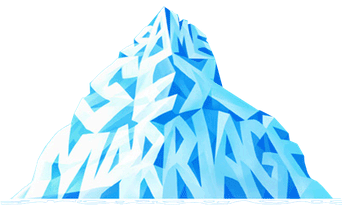 And consider how the media is reporting on this story – when it does. The Sydney Morning Herald wasted no time casting aspersions on those involved with the newly formed Marriage Alliance which is producing the ads. The very first line in their article says this: “Marriage Alliance spokeswoman Sophie York has ties to the Liberal Party.”

Um, and that means what? For every time the MSM features something from a pro-marriage supporter, it would run with a hundred from the other side. Yet does the media ever inform us that a homosexual or a pro-homosexual spokesperson has ties with the Labor Party or the Greens?

Talk about demonising your opponents from the get go. Other news items on this ad tend to be rather short, with as much time devoted to quoting homosexuals as it spends on telling the story. Thus the skewing of news, or the censoring of news, continues apace.

Let me offer the words of several media releases of MA, since it is hard to get their point of view across otherwise. One focuses on the rank censorship and political correctness of the networks:

The newly-formed Marriage Alliance are left bemused by Channels 7 and 10 for refusing to run advertisements expressing concern about potential changes to the Marriage Act that would allow same-sex marriage.
Spokesperson for the Alliance, Sophie York, questions the management of the two television networks for denying her organisation the right to broadcast its concerns about the potential erosion of children’s rights and the rights of ordinary citizens if the Act is changed.
“It is quite shocking that two major TV networks are denying the basic right to freedom of speech and expression on an issue that supports the current law of the nation.
“The advertisement raises legitimate concerns about rights. In no way does it denigrate any element of society, but raises questions that most Australians we believe would want to see answered,” Ms York said.
The Marriage Alliance has written to Prime Minister Tony Abbott and the Leader of the Opposition Bill Shorten, as well as the Minister for Communications, Malcolm Turnbull, to make them aware of the denial by 7 and 10 to run the ads, and to seek their response on the matter.
“Has political correctness or the power of a certain lobby group reached so far down that it now erodes the once proud Australian ’fair-go’ character that it is preventing ordinary Australians from having a voice?, Ms York said.

Another release deals with this in more detail:

Rational debate on the impact of allowing same-sex marriage is being denied to ordinary Australians because those with opposing views fear being labelled as ‘homophobic’ or a ’right-wing extremist’ and potentially face attacks on their business or personally.
The powerful SSM activists are entitled in a democracy to state their view, but it is also the right of mainstream Australia to hear opposing arguments and to express their opinion without fear,” according to Sophie York, spokesperson for the newly formed Marriage Alliance.
“The view of the Marriage Alliance is that permitting same-sex couples to marry under a changed Marriage Act would have major consequences not realised or understood by most Australians.
“Our Alliance has the backing of many businesses, community organisations and ordinary people who are alarmed that important public figures and the media are either staying silent on the issue, or backing a misguided ‘politically correct’ position rather than encouraging open discussion,” she said.
Mrs York said the rights of children were being subjugated by arguments about equality between gay and heterosexual adults. Taking a back seat are the more important issues about the consequences and the rights of future generations, sex education, religious freedoms, morality, business and professional regulations, and legal implications resulting from permitting same-sex marriage.

And as already mentioned, the militants are demonstrating yet again just how “tolerant” they are as they attack any media outlet which actually airs the ads. Consider for example how the tolerance brigade is reacting in WA:

Members of the Perth LGBTI community have called on their friends and allies to boycott top rating radio station MIX 94.5 after the station began playing advertisements from the newly formed Marriage Alliance.
The station is part of the Southern Cross Austereo network alongside sister station hit92.9 and home to popular the breakfast show ‘Clairsy, Shane and Kimba’ and the Drive program ‘Lisa and Pete’.

Yep, so much for free debate and the democratic free-flow of ideas. Just shut down any recalcitrants. That is always how the militants operate. They simply cannot stand real debate, and expect only their own views to be heard. All others must be silenced and censored. And they want us all to be tolerant like they are!

As is so often the case, there is a real need for the alternative media, since the MSM refuses to do its job, and refuses to actually allow real debate on the crucial issues of the day. So I am more than happy to once again give an airing to a group which will not be getting a fair go from the MSM.

I encourage all of you to support the Marriage Alliance in any way you can. The MA website is here: www.marriagealliance.com.au/

And please also share far and wide the short video which so much of the media refuses to run with. You can see the video here: www.youtube.com/watch?v=umhEh9jUrbo

We live in staggering times. When an ad focusing on the rights of children to have a mum and a dad, and the threats to liberty because of militant activist groups actually gets censored, then you know we live in very dark times indeed. Could anyone have imagined just a few short decades ago that to stand for heterosexual marriage would become a social evil subject to rampant censorship?

The militants have done a great job of destroying our culture in a very short period of time. The only question is, who will rise up and reclaim our culture, reclaim marriage and family, and stand up for the wellbeing of our children? Will you?