Some politicians and some pro-family groups are celebrating the fact that certain changes will now be made to the awful Safe Schools Coalition. After a huge amount of public concern and a large outcry, the Turnbull Government has felt the pressure and has finally decided to do something about it.

That is certainly good news, and is certainly a good start. But the devil is in the details of course. Just how far will these changes go? Just how substantial of an overhaul will this be? Already some groups are applauding this move. For example, one pro-family group included a newspaper article on this, and said that Turnbull will “heavily modify” the program.

However, the article simply says “modify”. It remains to be seen how heavy that will be! The power of entrenched government programs and bureaucracies to remain set in stone is an all-too well known reality. And we can be certain that the folks at SSC will fight this tooth and nail. 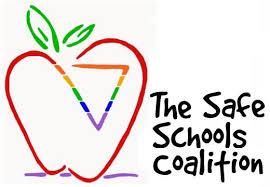 But let me offer what some news reports are saying about this. This comes from Sky News:

They include limiting the program to secondary schools only, removing some content including role playing activities, removing branding from other organisations, link to other websites and references to other organisations materials with the exception of Commonwealth, state or territory-funded mental health or counselling services. The program will now also require parental consent for student to participate.
The independent review of the Safe Schools program found that a number of the resources had lessons and content not necessarily appropriate for all children, Education Minister Simon Birmingham said in Canberra on Friday. ‘We will be making it clear that the program resources are fit for delivery in secondary school environments only,’ he said.
Some of the gender diversity role-playing activities, that have been the focus of public criticism, will be removed and certain materials, including OMG I’m Queer, will be restricted to one-on-one discussion between students and key qualified staff.
Mr Birmingham says the government’s response is ‘strong’ but ‘measured’ and is aimed at allowing teachers to exercise their professional judgment about how they use these resources in conjunction with informed, guided parents making wise decisions. He insist the changes were not part of a peace offering to conservative backbenchers challenging Prime Minister Malcolm Turnbull over the program.
‘This is about doing the right thing by kids and schools’, he told Sky News. The minister says advocacy must not be part of the Safe Schools program. ‘This is here to help children in their wellbeing in schools and people who might have engaged in the past as presenting themselves as representatives of the program and in doing so speaking about political matters and advocating in those political matters have frankly done themselves and the program an enormous disservice’, he told reporters on Friday.
Nationals MP George Christensen, who had been fronting the campaign to defund the Safe Schools program, said he was happy with the changes. ‘Essentially the program is now an anti-bullying program rather than something that’s bringing queer theory into classrooms and sexual liberation ideals into classrooms. That was the concerning part of it. And now that’s gone.’

Now if all this is fully true, it does seem encouraging indeed. And if people like Christensen are happy with the changes, then that is a very good sign. But as mentioned, we may need to wait and see just how exactly such changes are carried out, and how far they go.

My preference obviously is to see the wretched program scrapped altogether. We already have other anti-bullying programs in place. We do not need this pro-homosexual baloney. And at the very least, all taxpayer funding of this should be pulled. Why keep supporting this?

But if enough changes are made, that is second best I suppose. And it is certainly hoped that this will indeed be a radical overhaul, but chances are still good that the bulk of the pro-homosexual, anti-heterosexual ideology will remain.

After all, this program in its entirety is all about pro-homosexual, pro-trans, pro-sexual radicalism. So how can it be stripped of this content and still exist? To fully scrap all the radical gender bender and homosexual agenda from this program would be to leave it entirely empty!

It is almost as if the government will strip a pro-vegetarian diet program in our schools of all content critical of meat-eating and all content pushing the vegetarian agenda. Um, what would be left of such a program after that? It is the same here. So we really must wait and see what actual changes occur before getting overly excited here!

And that is not the end of the matter. We already have some states saying they will not go along with any changes! The People’s Republik of Viktoria for example has been saying this all along, and has just repeated it. As one news item says:

The Victorian Government has said it will not be making any changes to the Safe Schools anti-bullying program despite a Federal Government decision to amend it after concerns from conservative MPs. On Friday, Federal Education Minister Simon Birmingham said some lesson plans would change and the program would only be used in high schools following a review.
The review came after conservative Coalition MPs and senators said they were concerned about some of the material in the program, which is designed to teach children about sexual and gender diversity and stamp out homophobia.
Victoria’s Education Minister James Merlino said the Safe Schools program content had already been approved by curriculum experts and would remain intact.
“Absolutely we can go it alone and we will if we need to,” he said. “The [Federal] Government’s recommendations, completely undermines the Safe Schools program.” Mr Merlino did not go into further detail about how Victoria would manage the program after the changes were made at a federal level.

And how will other states respond? All in all, popping the champagne may be a smidge premature here. I will need to see much more detail in the proposed changes, view the finished result, and have more serious discussions with concerned politicians. Maybe there is hope here yet. Maybe.

I sure wish that were the case. But I have been involved in these political and cultural battles for too long to know that any changes for the good can easily come about without a real fight. The SSC is certainly not a safe and benign program yet – not by a longshot. Let’s give it time and see what actually happens.