Now, if you were part of a homosexual activist lobby group, and wanted to take over a conservative political party, and turn it into a pro-homosexual political party, how might you go about that? Hmm, let me see…. maybe getting all sorts of homosexuals into the party, with many of them becoming standing politicians for the party? Yep, that might work.

And see that happening all the time, both in Australia and overseas. For example the Republican Party in America has the Log Cabin Republicans, a pro-homosexual group seeking to influence the conservative party there. And in Australia we see this happening as well. Simply consider how pro-homosexual marriage Turnbull led a coup against pro-traditional marriage Abbott.

And we are finding more and more open homosexuals being promoted by the Liberal Party and winning seats. One of the more recent examples of this is the openly homosexual Trent Zimmerman who was elected to succeed Joe Hockey in the House of Representatives for the seat of North Sydney. And just yesterday another homosexual, Tim Wilson, won an important preselection battle. As reported in the Australian:

Retiring Human Rights Commissioner Tim Wilson has won a hotly-contested party battle to be selected as the Liberal candidate in the Victorian seat of Goldstein. Wilson edged out former aid worker Dr Denis Dragovic and Georgina Downer, the daughter of former federal MP Alexander Downer, to stand in the seat held by outgoing Trade Minister Andrew Robb. Liberal members cast their votes in the high-profile tussle at a party convention in Brighton, in the heart of the blue-ribbon electorate, on Saturday afternoon. 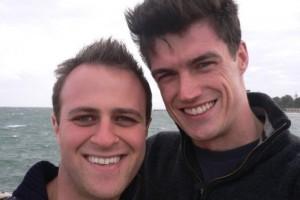 So Tim Wilson wins preselection for Goldstein, leading to more active homosexuals in the Liberal Party. Before I go any further I of course believe that there can be homosexuals who have some degree of conservative beliefs and dispositions.

The question is, just how conservative are they actually, and how many of the traditional conservative tenets can or will they support? Of course many in the Liberal Party are fond of speaking about it as a ‘broad church’ or a ‘broad tent,’ big enough for folks from all sorts of persuasions, opinions and lifestyles.

I am not a member of the Liberal Party, so perhaps I should let actual members debate the pros and cons of such an approach. Many conservatives such as myself however see this as a recipe for disaster. It just means the leading conservative party keeps creeping more and more leftwards, abandoning key principles along the way, including support for the traditional family unit.

Sure, Wilson used to work at the IPA, a libertarian – not conservative – think tank, and he has been somewhat good on standing up for freedom of speech issues, including opposing Section 18C of the Racial Discrimination Act. But he supports things like homosexual marriage and has spoken in support of the Safe Schools Coalition.

As he said in an endorsement of the program: “Young LGBTI youth face unique challenges, but the objective of this program is not to promote special treatment or create a special climate for LGBTI youth in schools. Its objective is to ensure that schools provide a safe environment for all – including LGBTI youth. The principles behind the Safe Schools Coalition are uniting, not dividing.”

So he is a free-speech libertarian, not a social, moral and cultural conservative. Thus he is a mixed bag in other words. So the real issue is this: when push comes to shove, which will win out? His commitment to homosexuality and the like, or his commitment to free speech and the like? And believe me, as anyone who has been reading this site or my books well knows, the two are often set against each other.

The more special rights for homosexuals are granted, the less freedoms for ordinary citizens, such as freedom of speech, freedom of religion, freedom of conscience. Daily we find the homosexual activists and their government supporters stripping away the freedoms of those who take a differing point of view, with folks losing their jobs, being fined, or even jailed.

Sorry, but all this bothers me big time. And I am not alone in my concerns. A few days ago Bernard Gaynor wrote a terrific piece on Wilson entitled “With ‘conservatives’ like Tim Wilson, who needs to worry about the Greens?” Let me quote parts of it here:

Tim Wilson has dangerous ideas. I say this even though Tim Wilson seems to have some idea about the damage that radical homosexual activism will wreak on freedom of thought and speech. The fact that Tim Wilson is homosexual himself and can still see this indicates that he possesses some modicum of logic and courage. It would be unjust not to give Wilson due credit for his efforts to protect free speech.
In particular, Wilson has been one of the few homosexuals to speak publicly against laws that led to the outrageous complaint lodged in Tasmania against the Archbishop of Hobart by a Greens candidate and transgender activist.
But Wilson’s ideas are still dangerous.
That’s because his ‘solutions’ to the problems presented by homosexual political activism are not solutions at all. Instead, they will only entrench the problems that he wishes to address. Worse, if Wilson’s ideas about marriage were to be enacted in legislation, as they may well be if he is endorsed as a Liberal Party candidate, then they would usher in Sharia law in Australia.
In June last year, Wilson wrote an article addressing the impact of homosexual marriage on freedom of religion and speech. He clearly identified that changes to laws would impact both, especially when they related to Christians. His solution is to legislate recognition of religious marriages as well. Every religious marriage. Including Islamic ones.

Homosexual activists and the Islamic community both have a vested interest in seeing Australian society bend to the will of radical minorities. You can bet your bottom dollar that if our laws are changed to recognise homosexual marriage then there will also follow shortly thereafter a call for legal acceptance of Islamic marriage.
Many homosexual activists have been calling for recognition of multiple partners as well. That is simply the next phase in the ‘marriage’ ‘debate’. This fits in perfectly with Islamic doctrine on polygamy.
And both communities have common ground on ideas about the age of consent. Homosexual activists have called for it to be lowered. The Islamic community believes that the most perfect man to ever live married a six year old.
It really should come as no surprise that a community that has derisively coined the term ‘breeders’ to describe women would pave the way for legal recognition of Islamic marriage, divorce, custody and succession law, all of which treats women as second-class citizens.

Of course it should be noted that Gaynor is running for the newly formed Australian Liberty Alliance. Thus he concludes his piece this way:

I have written about the ALA before, as well as the other smaller conservative parties. I will let readers decide what direction they will go in at the next election. But in my books, getting more and more homosexuals into a conservative political party – even if they may be good conservatives in at least some areas – may well be the death wish of such parties.

Time will tell who is right on this I guess.

16 Replies to “The Homosexualisation of Conservative Political Parties”