Ten years ago, on April 5, 2006, I posted my first article on my new website, CultureWatch. The CW ministry and site was to be a continuation of the work I had been doing for quite some time, which involved dealing with the culture wars, ethical issues, apologetics, theology, politics, social issues, and many other matters.

I had long been involved in pro-family, pro-life, pro-faith, and pro-freedom activism, and one way to continue this work was by means of a website. Obviously my audience could be huge, with anybody having Internet access potentially able to view my material.

While dealing with the various external attacks on faith and family has been a big part of this work, so too has been the need to address issues within the Christian community. So both church and nation have been the focus of this ministry, and I might offer about an equal amount of attention to both. 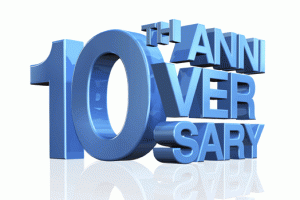 Of course that can possibly confuse some readers out there. One minute I may write on the scientific and social science evidence as to why something like human cloning is to be rejected, which any non-Christian can hopefully benefit from.

But the next minute I may be writing a very biblically-based devotional which likely only Christians would appreciate and understand. So this is a bit of a crossover ministry, one which seeks to reach different audiences at different times. This may not be ideal, but it is the way it has panned out.

I could have chosen to go down the path of just one of these two directions and perhaps avoid some confusion or consternation: non-believers wondering what the Christian stuff is about, and Christians maybe questioning the value of my other material which is presented in secular language, using non-biblical resources.

This website was also meant to be a place where my many writings could all be assembled in one place – well, most of them anyway. Longer footnoted research papers – and books obviously – would not appear here, but my growing collection of essays would.

Thus this is now my 3645th article. Perhaps around five per cent of those pieces were older articles which I posted and backdated, but the majority have been penned in the past decade. So that averages around an article a day. It keeps me off the streets at least!

And if each article averages around 1350 words or so in length, that means with all those articles I have written nearly 5 million words just for this website. It is by no means the most anyone could have written, but it is not too shabby either I suppose! As I keep telling folks, I cannot fix their car or tend their garden, but I can give them a thousand words in 20 minutes!

And of course this is an interactive website, and there has been plenty of interaction going on, even from day one. There are around 55,000 comments posted here. Many thousands had to be rejected for not meeting my commenting rules, eg, no anonymous comments, no trolls, no profanities, etc.

Had I simply posted every comment that came in, I might be up to 80,000 or more comments. And so very many of the rejected comments were vile, filthy, ugly attacks on me. Some of the most perverse and foul stuff you will read has come in with these comments.

At first I simply trashed such comments, but for the past few years I have been saving them. They might make for a great book one day. We could title it something like, “The Wit and Wisdom of the Tolerance Brigade”. And of course as part of this steady stream of hate mail are the occasional death threats.

Given all the abuse, hate, and vicious assaults, one can rightly ask: So why do all this? Why open yourself up to so much misery, abuse and venom? There would be several reasons why I have kept at it for ten years now, and will likely continue going with CW.

One, it is important that we get truth into the public arena. As I have documented so often (see especially the 202 articles I have in my section on the media), when the mainstream media is more in the business of pushing a radical secular left agenda than it is in accurately and objectively reporting the news, then we need alternative media sites to pick up the slack.

That is a big part of the reason why I have this site. With some 80 different subject headings (including politics, economics, social issues, the arts, theology, ethics, family issues, etc), I seek to deal with what we will not hear about very much from the MSM.

And when we do hear about these issues there, it is usually a very skewed version of events. So seeking to get truth out there into the public square is a big part of the rationale for CW. Truth matters, and it deserves a wide hearing. I am thankful others are also trying to disseminate truth far and wide, and I am happy to do my part in this.

Another key reason is that this is what I feel I am called to do. I guess you can say the previous 53 years of my life were a lengthy preparation for this ministry. Decades of reading, writing and research have been good preparation for all this – as has been many years of lobbying work and culture warfare.

And even my stint in the radical left as a wild youth would have been helpful preparation for what I now do. I can certainly say I have been there and done that when I comment on leftism, Marxism, radicalism, various non-Christian religions, and so on.

Because I have been delivered from all this and more, I may be better placed to continue to comment on it. For those interested in my rebellious years as an activist teen, you can read my four-part testimony here: billmuehlenberg.com/2012/06/27/coming-home-my-testimony-part-1/

It is because of a clear sense of God’s calling and guidance in this ministry that I can put up with the steady stream of attacks and criticisms – even from fellow Christians. And believe me, there have been plenty of those. All sorts of believers have told me how they just do not like what I do.

If I existed only to please men, I would have quit this work years ago. But while I take on board and assess the various criticisms thrown my way, at the end of the day it is Jesus Christ who I must be ultimately answerable to. It is pleasing him that matters above all else.

So while I expect the waves of criticisms to keep coming in, and while they must be treated like we would a fish dinner (eat the meat but leave behind the bones), I will keep doing this ministry until I feel God calls me to do something else. That is not to say that all the abuse, hatred, criticism and constant attacks do not take their toll: I am human, and it certainly hurts.

I am no glutton for punishment, and as I have often said, I would much rather lead a quiet and peaceful life, just sitting around home reading books and the like. But that is not to be. How can it be? Jesus did not take the easy way out, and neither can his disciples.

We all have a job to do. We are in a war. It is a spiritual war of course, but it is also a cultural war, a war of ideas, an ideological war, a war fought on so many levels. Thus we must engage. We must join in and not pretend we can just sit on the fence and wait this all out.

No one has the luxury of fence-sitting in a time of war. Indeed, that is tantamount to treason. We either enter into the fray and fight, or we deny our Lord and effectively join the other side. So that in good part is why I do what I do. It is something I have been called to do, and I will seek to do it to the best of my ability – with God’s grace.

Do I make mistakes along the way, and get things wrong, and not always represent my Lord as I ought to? Sadly, yes – often. I regret this and I ask for your forgiveness when I have got it wrong. That is why I so greatly covet your prayers for this work.

It certainly is not easy nor pleasant. I would give it up in a minute if I could. Indeed, I regularly offer this ministry back up to God, and let him know that if it is time to quit, that I will happily do. But until that divine release comes, I will keep at it. So please keep me in your prayers – they mean more than you may ever realise.

And in response, I will keep CW running. Maybe, if the Lord should tarry, and if I remain alive for that long, we will be up to 7000 articles by 2026, with over 100,000 comments. You never know. But I will seek to be faithful to the work God has led me into. And I will forever value your spiritual warfare and intercession on my behalf.