Yes I know some folks tire of my political posts. And some non-Americans tire of my posts about America. But what happens in the US impacts heavily upon the rest of the world, and those who end up leading this nation will make choices that the whole world will feel – for good or ill.

Thus the American presidential elections are something everyone should take an active interest in. And the Christian, who should be a global citizen, should especially take an interest, recalling all the biblical principles about ‘righteousness exalting a nation’ and the like.

Who leads a nation does matter, and we are called to pray for our leaders, and we are also called to be responsible citizens. So with that preface in mind, let me offer a few more thoughts on this crucial election. For those who might be interested, I was born and bred in Wisconsin, and with Ted Cruz handily smashing Donald Trump right now in the primary there, I am especially keen on what is taking place. 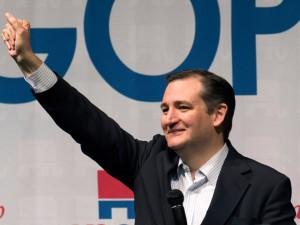 For what it is worth, most nights I spend time in prayer, asking God for mercy on America. The nation fully deserves his just judgment, but perhaps by the grace of God we can turn some things around. The election of either of the two New York liberals (Clinton or Trump) as POTUS will, in my view, pretty much spell the end of the country. Either one will finish off what Obama has started, and America will be toast.

Someone like Cruz would mean a reprieve. That is perhaps all we can hope for now. Thus I am encouraged by what I see happening in Wisconsin at the moment. Trump has never won a majority of vote in these primaries, and more Republicans have voted against him than for him.

In Wisconsin right now, half of the votes are going to Cruz, with Trump hovering around a third. This may be the big turnaround we need. People may be finally waking up to the fraud who is Trump. The lifelong progressive and Democrat supporter of course is no conservative, and why anyone claiming to be a conservative or a Christian would run with him is beyond me. But I have made that case elsewhere.

Several pieces have just appeared today which are worth highlighting, so let me share a bit of each. One of America’s great conservative spokesmen – and Cruz supporter – Thomas Sowell has just written on the dangers of Trump. This is not the first time he has done so, but let me run with some of his latest thoughts. He begins:

Donald Trump’s victories in the Republican primaries may make him seem like a sure winner. But those victories have been achieved by receiving either somewhat less than 40 percent of the votes or somewhat more than 40 percent, but never a majority.
The fragmenting of the Republican vote among many candidates in the primaries made this possible. But victory in the general election for President of the United States in November is going to require a lot more than 40 percent of the votes. And polls consistently show Mr. Trump to be the most negatively regarded of any of the candidates in either party.

If ever there was a time when we needed a serious, mature President of the United States, with a depth of knowledge and a foundation of personal character – a grownup in the White House – this is that time. But seldom a week goes by without Donald Trump demonstrating, yet again, that he is painfully lacking in all these prerequisites.
Instead of offering coherent plans for dealing with the nation’s problems, Trump skips that and boasts of the great things he will achieve. Those who dare to question are answered with cheap putdowns, often at a gutter level.
A man in his 60s, who is still acting like a spoiled adolescent, is not going to grow up in the next four years. And, as President, he would have the lives of us all, and our loved ones, in his hands, as well as the fate of this great nation at a fateful time.
There are signs that some people are belatedly waking up to the dangers that Donald Trump represents. We can only hope that the voters in Wisconsin are among them — and that voters in New York, California and elsewhere wake up before it is too late.

And Jewish commentator Dennis Prager also penned an important piece today on what is really at stake here. He writes:

Yes quite right. Which is why a committed Christian and constitutional conservative like Cruz is of course to be preferred to an immoral, arrogant, pagan liberal like Trump. It is shocking that so many conservatives and Christians were fooled by this sham for so long. Hopefully the Wisconsin vote is an indication that the Koolaid is wearing off, and these folks are coming to their senses again.

We can only pray to that end. As I have said so often before, Cruz will not “make America great again” or somehow save the nation, as the deluded messianic followers of Trump think their idol can. All Cruz can do is give America a reprieve –a reprieve from the just judgment that is long overdue.

If God in his grace should allow Cruz to win the nomination, he will more than likely beat Clinton – something Trump will never be able to do, as dozens of polls have made perfectly clear. That will make a big difference for the next four to eight years.

And with Cruz there, his appointments to the Supreme Court will have a huge impact long after he is gone. So there is a glimmer of hope yet. Cruz is not the messiah – he knows that, I know that, and all true conservatives and Christians know that.

But he is clearly the best man still running, and I will keep praying that God’s will is done. If that means Cruz gets in, well then that is terrific. But if America is past its used-by date, and more judgment must come, then Christians must be able and willing to live with that as well.

But I am not a prophet nor the son of a prophet, so I cannot tell you what is the specific will of God here. All I can do is keep praying and working, seeking to get the best man – as imperfect as he of course will be – into the White House.

And in this I am not alone. Millions of Americans are praying and working for a similar outcome. Please, keep praying – and pray more than you have ever prayed before. That is our only real hope here.

6 Replies to “Cruz, Conservatives and the White House”