By now we all know that “tolerance” is one of the most abused, misused and bankrupt words going. It is of course used by the militant activist groups to shut down all debate and censor out all contrasting points of view. In the name of tolerance these groups are the most intolerant groups around.

Indeed, there is nothing tolerant about the secular left. As Mark Steyn puts it, “The Left does not want to win the debate, it wants to shut down the debate.” We see this happening every day. Just one recent case in point comes from the American state of North Carolina.

Because the government there dared to seek to protect children by not allowing adults into children’s bathrooms, the “tolerance” brigade is hyperventilating and foaming at the mouth. One leftist group after another has come out demonising the state and threatening it with any and every reprisal – all in the name of tolerance of course.

PayPal for example said it will pull all business from the state. Um, never mind that it has plenty of business dealings in countries where homosexuals are routinely being tortured and killed. Hypocrites much? And aging rocker Bruce Springsteen has cancelled a concert there because of this new ‘bathroom law’.

Moreover, the head of the Los Angeles County Metropolitan Transportation Authority has effectively banned agency employees from traveling to Charlotte, N.C., for a conference. And RINO presidential candidate John Kasich said he would not have signed the law if it were up to him.

Hmm, that sure is a whole lot of tolerance going on. I would hate to see what these guys are like when in intolerance mode. The double standards from these folks are utterly amazing to behold. As they hate on anyone who takes a different stance on issues, they insist we all be just like them – oh so tolerant. Yeah right.

Many have warned about the tolerance fascists that we face today. But some voices were writing about this long before we saw the full outbreak of ugly tolerance in action. For example Bishop Fulton J. Sheen (1895-1979) was a staunch defender of conservative values, and he often took on the reigning cultural and religious liberalism of his day. 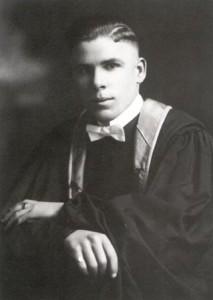 In 1931 he penned a volume entitled Old Errors and New Labels. In it is a chapter called “A Plea for Intolerance”. It is a ripper, and one of the earliest pieces warning about both moral relativism and tolerance wrongly conceived. It is well worth quoting from at length. It begins:

America, it is said, is suffering from intolerance. It is not. It is suffering from tolerance: tolerance of right and wrong, truth and error, virtue and evil, Christ and chaos. Our country is not nearly so much overrun with the bigoted as it is overrun with the broadminded. The man who can make up his mind in an orderly way, as a man might make up his bed, is called a bigot; but a man who cannot make up his mind, any more than he can make up for lost time, is called tolerant and broadminded. A bigoted man is one who refuses to accept a reason for anything; a broadminded man is one who will accept anything for a reason – providing it is not a good reason. It is true that there is a demand for precision, exactness, and definiteness, but it is only for precision in scientific measurement, not in logic. The breakdown that has produced this unnatural broadmindedness is mental, not moral. The evidence for this statement is threefold: the tendency to settle issues not by arguments but by words, the unqualified willingness to accept the authority of anyone on the subject of religion, and, lastly, the love of novelty.
Voltaire boasted that if he could find but ten wicked words a day he could crush the “infamy” of Christianity. He found the ten words daily, and even a daily dozen, but he never found an argument, and so the words went the way of all words and the thing, Christianity, survived. Today, no one advances even a poor argument to prove that there is no God, but they are legion who think they have sealed up the heavens when they used the word “anthropomorphism.” This word is just a sample of the catalogue of names which serve as the excuse for those who are too lazy to think. One moment’s reflection would tell them that one can no more get rid of God by calling Him “anthropomorphic” than he can get rid of a sore throat by calling it “streptococci.”

Right is right if nobody is right, and wrong is wrong if everybody is wrong. And in this day and age we need, as Mr. Chesterton tells us, not a Church that is right when the world is right, but a Church that is right when the world is wrong. The attitude of the Church in relation to the modern world on this important question may be brought home by the story of the two women in the courtroom of Solomon. Both of them claimed a child. The lawful mother insisted on having the whole child or nothing, for a child is like truth — it cannot be divided without ruin. The unlawful mother, on the contrary, agreed to compromise. She was willing to divide the babe, and the babe would have died of broadmindedness.

You can read the entire chapter here: www.northamericanmartyrs.org/pdf/Plea-for-Intolerance.pdf

6 Replies to “Intolerance in the Name of Tolerance”