It might just be me, but it seems really strange to find those claiming to be good Catholics apparently abandoning core principles of Catholic social teaching as they engage in contemporary political debate. I hope theirs is not just a Sunday faith, and the rest of the week they drop it all and embrace secular notions of political activism and practice.

At least that’s how it seems to me when I watch some of these folks who have been hopping on the Trump bandwagon lately, singing his praises as if he is the long awaited messiah. If I can boldly say so, I think I may possibly have more respect for some of these core Catholics teachings than some of these Catholics do!

And I say all this as a Protestant! Of course I have seen plenty of my own evangelicals bow down to the Trump altar as well, and it grieves me to see this. But lately plenty of Catholics are now doing the same thing. In their efforts to justify all this, they seem to grasp at straws, and jump on anything he says which might remotely be viewed as something they can run with.

Thus they will believe Trump today when he throws out a few seemingly prolife statements, and fully ignore his lifelong commitment to liberalism and pro-abortion. This is mind boggling really. So now they are running with Trump at all costs, because they actually believe – despite all the evidence to the contrary – something he has just said. 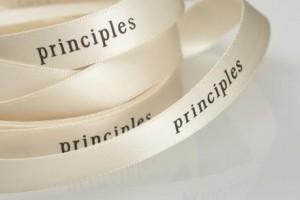 This is hyper gullibility in my books. It is not how any conservative, let alone Catholic, should be behaving. As I wrote yesterday about Trump’s “evolving”:

-And if Trump changes his tune again tomorrow on abortion – or whatever – will you drop your support for him then?
-If not, why not?
-Will you just flip flop along when he flip flops along?
-Why exactly do you believe him now?
-Did you also believe him when he said the exact opposite in the past?
-If not, why not?
-Will you simply believe everything Trump says that you happen to like, while just ignoring everything he says you don’t happen to like?
-Is that how we are to approach political candidates now?
-Is that how we should approach Hillary then?

The sad truth is, their hatred of Clinton is so strong and so absolute that it seems anything goes – ANYTHING – in order to get rid of her. Thus they will even spruik for a lifelong lefty and liar, and hope against hope that somehow he might be better.

Well I beg to differ: while I have no time at all for Hillary Clinton, I do not see her as the greatest evil ever to disgrace our planet. What, is she really worse than Stalin, or Hitler, or Genghis Khan? Yes she is real bad news – make no mistake about it, but so is Trump.

Just what will these people so consumed in their hatred of Hillary do? Is anything up for grabs in this game? Are all options morally licit since folks seem to think she is the Antichrist? If someone should go to the extreme and assassinate her, will that somehow be justified?

Of course most sane folks would say of course not. But the rhetoric I hear coming from these Trump supporters really makes me wonder to be honest. They seem to think she is the epitome of all evil, and therefore anything is acceptable if we can stop her.

So is that how long-standing Catholic social teaching works? Does the end really justify the means? Do we form unholy alliances, put our trust in scoundrels, do whatever it takes to elect the most immoral, unprincipled and duplicitous candidate in a long time – all just to stick it to Hillary?

But don’t mind me – I am just a Protestant, so these pro-Trump Catholics can ignore me all they like. And I am sure many have. But what will they do with other Catholics who also are sickened and appalled by Trump, and by his religious supporters? For example, one leading Catholic thinker has just penned an important piece which is well worth reading here.

I refer to the piece, “Now What?” by George Weigel, Distinguished Senior Fellow of Washington, D.C.’s Ethics and Public Policy Center, where he holds the William E. Simon Chair in Catholic Studies. Both Catholics and Protestants can greatly benefit by this. Let me quote from this insightful article, offering the last four paragraphs in which he says:

It’s become a cliché to say that “no candidate and no party fully embraces the vision of Catholic social doctrine.” True enough. But previous election cycles gave Catholic voters a prudential choice between candidates who embodied at least some of the major themes of the social doctrine. What is the thoughtful Catholic voter to do when neither of the presidential candidates is even minimally committed to human dignity, the common good, subsidiarity, and solidarity, as the social doctrine understands those concepts? When one party has elevated lifestyle libertinism to the first of constitutional principles (and is prepared to kill unborn children, jettison free speech, and traduce religious freedom in service to hedonism), while the other is prepared to nominate a fantasist who spun grotesque fairy tales about an alleged connection between an opponent’s family and Lee Harvey Oswald shortly before he closed the deal?
That will be a question to ponder carefully in the next six months. The immediate take-away that the American democratic experiment is in deep trouble—and that trouble has something to do with moral judgment.
The reduction of voting to a visceral exercise in anger-management, identity politics, or class resentment (cf. “Trump campaign,” “Hillary campaign,” and “Bernie campaign”) tells us that our political culture is sick. And if the political culture is sick, that must have something to do with the state of the culture as a whole. Did we really imagine that a culture of self-absorption and vulgarity, taking its cues from the passions of adolescence, was not going to cash out in our politics? If so, let’s hope that we’ve been disabused of that fallacy. Such a sobering-up would be one, modest silver lining in the ominous storm clouds now gathering.
The reconstruction of a morally serious political culture is essential, if American democracy is not to descend into incoherence and what an eminent churchman once called the “dictatorship of relativism.” That reconstruction could start with U.S. Catholics leavening our politics—and the culture as a whole—with Catholic social doctrine.

Amen. And of course it is not just Catholic social teaching that affirms all this. The Founding Fathers of America also routinely stated these basic truths. Consider just three of them:

“Always vote for principle, though you may vote alone, and you may cherish the sweetest reflection that your vote is never lost.” John Quincy Adams

“In selecting men for office, let principle be your guide. Regard not the particular sect or denomination of the candidate – look to his character.” Noah Webster

“On matters of style, swim with the current, on matters of principle, stand like a rock.” Thomas Jefferson

In my eyes, there is absolutely no way a Christian can claim a vote for Hillary or a vote for Trump is a vote for principle – be it conservative principles or Christian principles. Catholics should understand this just as much as anyone else – maybe even more so.