Decades ago when most people were sleeping big time, I warned about where the homosexual activist agenda would take us. Most folks did not care or did not want to hear. Now of course all one can do is sadly say, “I told you so”. All the warnings I and others made have now all well and truly come to pass.

Every day we have had examples of the homosexual war on faith, freedom and family. That is why I ended up writing three books on the topic (well, two and a half to be exact). But now we are in exactly the same place with the transgender agenda.

It is of course part and parcel of the homosexual agenda, and both feed off each other. And once again I and others are seeking to warn a sleeping West about how dire this militant bunch of activists really is. And each day new shocking examples of what they are up to come to light.

So maybe I will need to write three books on this as well, and hope a few folks – including clueless Christians – might wake up before it is too late. The stories that appear each day seem utterly unbelievable, but they are sadly only going to get worse. 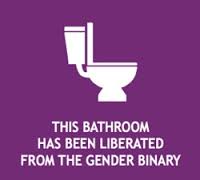 So I will keep chronicling all this, and maybe some folks will realise just how far down the tubes we really are. Let me begin with a few stories from overseas. Because there are so many things to cover here, I will basically just offer the headline and opening paragraphs of each story.

-Girl Scouts Welcome Cross-Dressing Boys into their Ranks
May 15, 2015
The Girl Scouts of America (GSA) is the latest organization to cave to pressure from the LGBTIQA lobby, adapting its policies to extend membership to boys who identify as girls. Penny Nance from Concerned Women for America called the decision “just one more slap in the face to Christian parents.” On the GSA website, the association states: “If the child is recognized by the family and school/community as a girl and lives culturally as a girl, then Girl Scouts is an organization that can serve her in a setting that is both emotionally and physically safe.” Girls participating in the scouts will now be obliged to recognize transgenderism as a normal lifestyle, critics say.
The conservative American Family Association expressed its outrage at the policy change, accusing scout leaders of “losing their moral compass.” This is the case of adults being “willing to experiment on our kids—both the boys who are confused and the girls who will wonder why a boy in a dress is in the bathroom with them.” “Boys in skirts, boys in make-up and boys in tents will become a part of the program. This change will put young innocent girls at risk,” the group said.
www.breitbart.com/big-government/2015/05/15/girl-scouts-welcome-cross-dressing-boys-into-their-ranks/

-Chicago man chokes 8-year-old girl in public bathroom
May 15, 2016
The Chicago Sun Times reports that an eight year old girl was choked by a man who was in the women’s bathroom.
The girl’s mother was shopping when her daughter went to the restroom alone. The mother heard a scream and ran into the bathroom where she found 33 year old Reese M. Hartstirn carrying the unconscious little girl into a stall. He had used his hands to strangle her until she passed out.
wate.com/2016/05/15/chicago-man-chokes-8-year-old-girl-in-public-bathroom/

-Obama Appoints Transgender Leader to Advisory Council on Faith-Based Neighborhood Partnerships
May 19, 2016
The Obama administration has appointed a transgender individual to the President’s Advisory Council on Faith-based Neighborhood Partnerships, selecting Barbara Satin for a post along with two representatives of minority faiths. Satin, who was born a man but identifies as a woman, is an Air Force veteran, a member of the United Church of Christ and currently works with the National Gay and Lesbian Task Force, according to CBN News.
www.theblaze.com/stories/2016/05/19/obama-appoints-transgender-leader-to-advisory-council-on-faith-based-neighborhood-partnerships/

-Yale introduces gender-neutral bathrooms amid national debate
May 22, 2016
Yale has become the latest college to introduce gender-neutral restrooms. The move comes as conservative and liberal legislators in states across the nation battle over where they believe their constituents have a right to pee. The measure was announced ahead of the Ivy League school’s 315th commencement, and included an interactive map of where to find 332 gender neutral bathrooms across the campus in New Haven, Connecticut. “Yale aims to be a leader on this front,” Tamar Gendler, dean of Yale’s faculty of arts and sciences, told the Associated Press. “Part of what is important about the all-gender bathroom project, and about putting it at the top of our commencement site, is this is about public signaling.”
www.theguardian.com/education/2016/may/21/yale-gender-neutral-bathrooms-transgender-rights

-Now we have transgender kindergartens. Yes you heard me right.
thinkprogress.org/lgbt/2016/04/22/3771366/dave-hannah-edwards-transgender-kindergartner/

-And a transgender boy discusses having his period. No I am not making this stuff up folks.
downtrend.com/vsaxena/teen-boy-has-a-period?utm_source=not3&utm_medium=facebook

But what is happening in Australia is really becoming quite alarming, so let me use the rest of this article to highlight the trans-insanity occurring down under:

-Victorian government trials blind job applications to overcome employer bias
May 20, 2016
Have you ever gone for a job and been tempted to anglicise your surname, remove your female pronoun or delete your birth date in case it cruels your chances? For the first time in Australia, the Victorian government will trial removing personal details – such as name, gender, age and location – from job applications to rule out discrimination or unconscious bias.
www.bendigoadvertiser.com.au/story/3918532/wanted-no-age-no-name-no-gender/?cs=80

-Miranda Devine: Labor Party elite protect their own kids, not others
May 22, 2016
At least we know that Opposition Leader Bill Shorten and Victorian Premier Daniel Andrews are sensible parents. Both Labor politicians have chosen to send their children to schools where they will be protected from the sexual propaganda of the Safe Schools program. Andrews has made Safe Schools mandatory in Victorian schools and derides as “bigots” anyone who criticises its extreme teachings on “gender fluidity” and “heterosexism”. But, while he’s happy to inflict such nonsense on other people’s offspring, he sends his own children to Catholic schools where Safe Schools will never be part of the curriculum. Shorten sends his daughter to a local public school in Melbourne but she is too young to be exposed to Safe Schools until she hits high school.
www.dailytelegraph.com.au/news/opinion/miranda-devine-labor-party-elite-protect-their-own-kids-not-others/news-story/4a8cce1a2bd1f7fcbc8887e85eb6ac9e

-Marxist Roz Ward now Victorian school LGBTI adviser
May 23, 2016
Roz Ward, the hardline Marxist behind the contentious Safe Schools program, has been appointed to a high-level committee advising the Victorian government on education issues. With the taxpayer-funded sexual and gender diversity program having become a hot election issue, after the Greens and Labor pledged to boost funding, the Andrews Labor government appears increasingly committed to pushing an LGBTI agenda in the schoolyard. Ms Ward, already a director of the Safe Schools Coalition Victoria, has joined the education reference group set up to provide advice on the government’s LGBTI education priorities and identify new ways to improve equality for gay and transgender youth in schools.
www.theaustralian.com.au/national-affairs/education/marxist-roz-ward-now-victorian-school-lgbti-adviser/news-story/bcfc421e3d5c148775d282c2093deeaa

-Are you Mr, Ms or Mx?
May 23, 2016
Government departments facing a July 1 deadline to comply with new federal gender guidelines are introducing new categories alongside male and female on forms and advising staff to refrain from assuming a person’s gender based on their name. Thousands of voters updating their personal electoral details before this year’s federal election have been given an option to list their gender as unspecified, as part of a broader push to eradicate gender-based assumptions.
The Australian Electoral Commission has also recently started accepting Mx as a title, with a default gender of indeterminate. This year’s census on August 9 will be the first where people are provided the option to identify as male, female or “other”.
www.theaustralian.com.au/national-affairs/gender-choice-are-you-mr-ms-or-mx/news-story/426ae8ffaddfa2e48740930438f4afeb

There you have it folks: my daily dose of trans-madness. And if all this is not in your schools, your communities, your bathrooms, etc, just wait – it will be very soon indeed. You have been warned.

25 Replies to “Yet More Trans-Insanity”