For those who adhere to the Judeo-Christian worldview, we know that one of the earliest creative acts by God was the creation of mankind. And this was a very specified creation. As we read in Genesis 1:26-27: “Then God said, ‘Let us make mankind in our image, in our likeness, so that they may rule over the fish in the sea and the birds in the sky, over the livestock and all the wild animals, and over all the creatures that move along the ground.’ So God created mankind in his own image, in the image of God he created them; male and female he created them.”

Thus mankind as male and female was and is how God designed us to be. There are not three sexes or ten sexes or a hundred sexes. One does not simply choose whatever sex one wants to be. We are born male or female, and our DNA does not lie about such matters.

Sure, we know that because we now live in a fallen world, one in which everything is tainted by sin, things are not fully as they were meant to be. The image of God still remains in every single one of us, but anomalies can occur. Some might be born missing some fingers, but they are still human beings.

A very, very small number of people might be born with what we call an intersex condition, where there is ambiguous genitalia, chromosomal imbalances, and so on. These can be found in conditions such as Turner Syndrome, Klinefelter’s Syndrome, etc. This is extremely rare however and has nothing whatsoever to do with the radical homosexual and transgender activists seeking to destroy human sexuality.

And note that I am using the word “sex” here, not the questionable term “gender”. For more on this, see the excellent article by Stella Morabito: thefederalist.com/2016/05/31/why-you-should-stop-using-the-word-gender/

I will speak more to her piece shortly, but here I want to say we are in an all-out war with the social activists and the sexual revolutionaries. They want to destroy human sexuality altogether. They want to convince us that being male and female is simply a social construct, and we can be whatever we want to be.

I have reported before about the various lists of what is out there: dozens and dozens of options can be chosen from. If Revlon has 177 different shades of lipstick to choose from, the number of “genders” and “gender identities” and “gender orientations” is right up there.

In a recent article I reported on those claiming there are 112 genders along with 71 orientations: billmuehlenberg.com/2016/03/09/gender-moonbattery-off-the-charts/

The war of sex differences is upon us big time. So who is behind all this miserable madness? All the usual suspects can be mentioned: loony Laborites; goofy Greens; secular humanists; cultural Marxists; the PC thought police; the sexual anarchists, the gender benders, and so on. But behind them all is the god of this world: Satan. 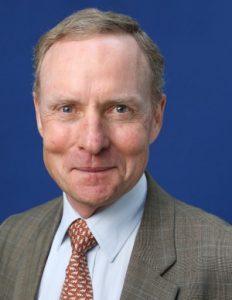 If God made us male and female, then Satan will do all he can to convince us this is a myth, and human sex is infinite and fluid and totally a matter of choice. That is because everything God favours and endorses, Satan hates and seeks to pervert and ruin. So human beings of one of two sexes, human sexuality, heterosexual marriage and family – all as God designed them to be – are all under horrific attack by Satan and his minions.

So every day now we find this madness being forced down our throats by the zealots and activists. The real worry is just how nutty these guys are getting. And I choose my words carefully here, because we have just been told by the sexperts that we can no longer use the word “guy”. Yep you heard that right.

An ABC TV news report on this last night was quite staggering. They dragged out one “expert” after another telling us how evil and harmful it is to call people “guys”. Typical ABC. The press ran with this story today. One of them puts it this way:

Australian of the Year and former Army chief David Morrison says the term “guys” should no longer be used in workplaces. The retired Lieutenant General on Wednesday launched a new Diversity Council Australia video which aims to crack down on language which excludes minority groups. “Exclusive language, gender-based language or inappropriate language, has as much a deleterious or disadvantaged effect as something where you’re saying something blatantly inappropriate to another human being,” General Morrison told ABC News Breakfast.

Foreign Minister Julie Bishop cautioned against interfering with freedom of speech. Ms Bishop said words such as “guys” were generic enough they should not cause offence. “I don’t think we should try and interfere with the freedom of speech in this country to a point where people are too concerned about day-to-day conversations,” she said.

The war on human sexuality is getting more and more mindboggling by the day. So let me return to the Morabito piece “Why You Should Stop Using The Word ‘Gender’.” She begins:

Let’s stop polluting our language with the word “gender.” Corruption of the English language was Point A on the road to President Obama’s directive to de-privatize and de-sex all school restrooms nationwide. The ploy that got us all into the lazy habit of using the empty term “gender” in place of the accurate word “sex” has its roots in gender ideology, which cultural Marxists pushed for many decades. Since cultural Marxism is nothing but nihilism, it shouldn’t surprise us that “gender” can mean whatever you want or don’t want it to mean. In other words, there’s no there there.

She reminds us where the term came from:

Apparently, the substitution of the word “sex” with the vague word “gender” was the hobbyhorse of John Money back in the 1950s. Money was the corrupt sexologist who is most notorious for utterly ruining the life of David Reimer by talking his parents into raising David as a girl after a botched circumcision left him without a penis. Money drooled at the chance to experiment on little David because David happened to have an identical twin brother who could serve as a control for Money’s little inquest. In the 1970s, feminists took off with Money’s new lexicon, and we’ve been sloppily repeating the word “gender” ever since.

DON’T get sucked into the mind game of “cisgender.” Cisgender is a totally weaponized term that forces even more de-sexing in society. It’s also a pejorative term that is supposed to mean that your mind just so happens to allow your “assigned sex” to exist alongside your “gender identity.” In gender ideology, a cisgender person is inferior to a transgender person.
Politely insist you are the male sex or the female sex, which actually matches up with your chromosomes. Period. Since the prefix “cis” means “on the same side as” (as opposed to “trans,” which means to cross over), perhaps you can cheerfully add that you are “cis-reality.”
DON’T say “gender neutral.” DO use other more accurate terms, such as “de-sexed” or “de-privatized bathrooms.” “De-sex” is particularly accurate when referring to what the state is doing to every one of us when transgender law insists that the term “gender” is superior to the reality-based term “sex.” Example: “The phrase ‘sex assigned at birth’ de-sexes us.” “Unisex” is far preferable to “gender neutral” in referring to clothing styles or hairstyles or any other material things that uniformly apply to both sexes.
DON’T say “gender non-conforming.” “Sex-non-conforming” is more accurate. The transgender idea, after all, is not to conform to the verified reality of the male or female sex.
DON’T get trapped in conflating intersex with “gender identity.” Intersex people are not transgender, though transgender activists use them to promote the agenda of gender ideology. The fact that anomalies exist in nature doesn’t cancel out the realities of nature, but actually accentuates them. Every single human being—male, female, intersex, or transgender—got here the same way: through the union of one male and one female.

I have said it many times now: social engineering is always preceded by verbal engineering. And we sure have this here big time guys.

7 Replies to “These Guys Are Utter Moonbeams”