On October 20, 2015 in Perth the new conservative political party the Australian Liberty Alliance was launched. Some 200 invited guests heard Dutch MP Geert Wilders and other speakers explain why the ALA was formed and what it hopes to achieve in Australia in the months and years ahead.

Because of the usual intimidation and potential threats of violence, the launch had to be done secretly (once a venue was finally found) to prevent those who would seek to disrupt and shut down the event from doing so. And to keep the mainstream media from misrepresenting and maligning the fledgling party, the event was media-free.

The keynote address was by Wilders who once again was surrounded by his contingent of 24-7 security guards, and who once again had some problems getting in to Australia. He shared about the situation in Europe, with the loss of freedoms, and the rise of sharia law and Islamic intolerance. 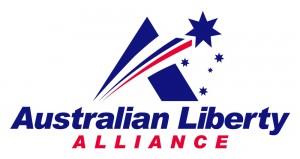 He especially highlighted the current turmoil due to open-ended and uncritical asylum seeker and refugee policies. The open-border policies are causing great damage in many part of Europe. For example, he mentioned that a full three-quarters of Holland’s 1 million Muslims believe that those Muslims who go and fight in Syria are heroes.

He warned Australia not to proceed down the path of Holland and Europe. He also spoke highly of the new ALA and mentioned how encouraged he was to see such a party emerge at such a time as this. He encouraged Australian patriots to not be silent and passive, and encouraged those who value freedom to take a strong stand here.

At the launch the first three ALA Senate candidates were announced:
-Kirralie Smith, from NSW, founder and director of Halal Choices;
-Bernard Gaynor, from Qld, former ADF member and tireless culture warrior;
-Debbie Robinson, from WA, president of the Q Society.

More candidates will be announced in the days ahead. While the mainstream media is already referring to the ALA as merely an anti-Islam party, there is much more to it than this one emphasis. On their website they lay out 20 “Key Policy Areas”:

Smarter Smaller Government
Integration over Separation
Stop the Islamisation of Australia
Real Reconciliation: No place for Apartheid in Australia.
For a Liveable Australia
Affordable Energy for a Cleaner Australia
Focus on Citizenship and Community Spirit
Improving Health Care and Ageing in Dignity
Smarter Learning: Brighter Future
Freedom of Information
A Free Press and ‘Back to Basics’ for Public Broadcasting
Fairer Trade and Securing Australian Jobs
Restoring Civil Society
Advancing the Natural Family
Protecting More Than Our Environment
Foreign Affairs
Defending Australia
No Need for Constitutional Change
Broader and Fairer Taxes means less Taxes for All
The Controversial Debates

Let me just briefly discuss a few of these areas. This in part is what is said about family policy:

We consider the natural family to be the primary building block of humanity and the foundation of civil society. The viability and well-being of families, together with tackling domestic violence, are therefore of primary concern for us.
We understand and respect that some Australians prefer to live in same-sex partnerships. We will combat negative stereotyping and mitigate financial disadvantages where they may still exist for homosexual couples.
However, we reject the notion that homosexual partnerships are the same as marriage and natural families. The right of children to grow up in a natural family must remain protected and ‘alternative sexual orientations’ shall not be actively promoted in schools and public institutions.

Not a bad start I think. But it does go on to talk about financial and tax policies for different sized families and so on, which not all pro-family advocates would necessarily be happy with. But I will defer discussion on some of these finer points of policy.

The last item on the list refers to the crucial life issues of abortion and euthanasia. Pro-lifers will not be fully happy of course with what is said here, although it could be worse:

Right to Life: We believe elected representatives of our party should decide these questions based on their own conscience. However, if called upon to take an in-principle position we find an abortion should not be performed after the first trimester unless there are exceptional circumstances.
Euthanasia: While we find an adult has every right to terminate his own life, we hold that another person’s immediate involvement in the act of ending a human life is legally not justifiable. To be asked to intentionally end a loved one’s life is for most an unbearable thought. Likewise, in some cases the motivation to end a life may not always be that of selflessness compassion.
Therefore, we think it is best that active participation in ending a human life shall remain punishable as a crime of murder to ensure fundamental values and legal boundaries remain intact.
This final phase of our life is best left in the hands of well-trained palliative care workers and compassionate doctors, not those of politicians and judges.

So what are we to make of this new political party? Christians and conservatives will of course be especially keen to learn more about the ALA and where it stands. But of course it is early days yet. In fact, it is not even one day old as yet, so one can only make very preliminary remarks here.

There already exist a number of smaller conservative and/or Christian parties, such as the CDP, FF, RUA, AC and DLP. One can ask if yet another such party will harm or help the cause of conservatives and Christians. Will it just further divide the vote of these folks, or will it add more breadth, diversity and scope for those of such a political and religious persuasion?

Time will tell. Like some of the other parties such as FF, while it may be mainly made up of Christians, it is pitching itself as a secular party. Of the three new Senate candidates mentioned above, the first two are Christians while the third is not.

We learn more about the religious/secular mix of the ALA from the “About Us” section of their website:

As civic-minded Australians we cannot remain passive while damage is done to our nation, our communities and our families. Members of Australian Liberty Alliance make a stand for what is right, just and not negotiable; values our forefathers worked and died for. We give civic-minded Australians the opportunity to become part of a new movement, a political party that offers Australian voters a new vision and hope for the future.
Our Australia stands for individual liberty, small government, Western values built on Judaeo-Christian and Humanistic foundations, social fairness and an integrated multi-ethnic society with one set of laws for all, regardless of colour, gender or creed.
There is no place for big government, racism, political correctness, moral relativism, divisive multiculturalism or tolerance for the intolerant. Migrants do not dream of a new life in Australia because we are a Socialist, Islamic or tribal society. Migrants came for the freedom, justice and prosperity only Western civilisation creates.
Our party welcomes citizens from all walks of life to become part of this political movement. We are a secular organisation but acknowledge Australia’s Judaeo-Christian foundation. Whether we follow a religion or no religion at all, we respect this heritage, which has advanced Western civilisation, Liberty and Universal Human Rights more than any other.

So we see here an emphasis on the Judeo-Christian worldview and values, but also that of some non-Christian foundations as well. Such a mixture can be workable. In brief, the founding of America was actually based on these two main ideologies and worldviews, with an emphasis on Enlightenment principles as well as decidedly Christian beliefs and values.

So whether such a mixture can work in this new party is certainly possible, but we will have to wait and see how it all pans out. As mentioned, this party is only hours old (although the groundwork for it has been long in the making). Those who want to learn more about the ALA can check out their website: www.australianlibertyalliance.org.au/

And the full 80-minute party launch of last night is now online and can be viewed here: www.thestreamingguys.com.au/production/launch-event-perth/

As with most other smaller conservative parties, there is no big funding and financing to be found; there are few if any career politicians involved; and often such parties have to begin from scratch, learning as they go along. As such, they may seem amateurish and perhaps stumbling.

But that is simply how it is when you form a brand new political party without great resources and media support. Indeed, the knives have always been out for the ALA from the MSM, and they are already attacking it. See for example a typical hatchet job by the whining classes from the ABC: www.abc.net.au/radionational/programs/breakfast/anti-islam-party-australian-liberty-alliance/6871700

So it will be a long uphill battle. These parties do not have lots of money, media support, or political correctness. But they do have committed individuals who are greatly concerned about Australia, about freedom, and about the inroads of anti-freedom ideologies.

Thus their fight will be long, hard and difficult. They will be attacked along the way and will struggle constantly to get their message out. As mentioned, we must wait and see how the ALA progresses. But I wish it well. If it is already receiving so much hatred and abuse from the MSM, then it must be doing something right.