Rachel Carling-Jenkins is a conservative and Christian who has recently been elected to the Victoria Parliament. She won her seat in the 2014 election as a member of the Victorian Legislative Council, representing the Western Metropolitan Region She is the first female MP in the history of the Democratic Labor Party. 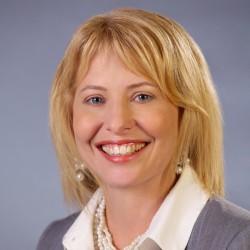 She is a champion for values which have long been under attack in Victoria and Australia. Her inaugural speech of February 12, 2015 is well worth reading to see where she is coming from. Let me quote parts of it here. Early on she says, “I wish to acknowledge God, who, to paraphrase the psalmist, will be my guide until the end.” She continues:

If you will humour me for just a moment I would like to travel back in time, back to 18th century England, where the economy was supplemented by slaves who were traded, oppressed, and mistreated. Travel now into the halls of the parliament of this era: where one man stands against the slave trade and the laws protecting it. Against the tide of pressure, one man stands up for what he believes in, despite opposition and bouts of poor health. William Wilberforce, after 20 years of campaigning, petitioning and lobbying, brings about the abolition of slavery. He battled. He fought. He argued the whole way. Sometimes he had small victories; many times he had setbacks. Wilberforce stood as a non-conformist, not afraid to be a lone voice when necessary.
Now we come back to the present — today, in this place. I am no William Wilberforce, but he inspires me to value conviction over comfort, tenacity over temporary gain and devotion over indifference. We now look back at slavery and are appalled at the treatment slaves received and horrified at the very idea that one person could own another. In the decades to come, I pray that we will look back at this era, appalled at the babies we killed and horrified at the very idea that we would enslave women in prostitution.
Like Wilberforce, I am a non-conformist. I am not a bystander; I refuse to be a bystander. Under my watch there will not be silence on these issues. And so I stand here today and for the next four years as a voice for the vulnerable, a voice for the enslaved and a voice for the voiceless.

She went on to say:

My desire to contribute to a society which has as its core aim the human flourishing of all its members led me to join and run as a candidate for the DLP — a party which stands for the twin pillars of human dignity and the common good. It is human dignity and the common good which I will pursue here in this place where I will tell the stories of the people I represent — people I will fight for and people I care about.
I care about and will be a voice fighting for Sam, who has Down syndrome and Alzheimer’s disease, but he cannot find appropriate care and support within the current service system. I care about and will be a voice fighting for Lin, traded to work in a brothel in inner city Melbourne, trapped and unable to find her way home. I care about and will be a voice fighting for the yet unnamed baby girl whose future hangs in the balance while her vulnerable mother feels cultural and familial pressure to end the life of her child simply because she is a girl. I care about and will be a voice fighting for Joe, an elderly man near the end of his life, depressed after the death of his wife, isolated from his children due to the tyranny of distance and struggling to make ends meet.
I commit to advocating for solutions; adoption of best practice principles in disability and aged care; an inquiry into a system of regulation to reduce the incidence of sex trafficking in Victoria; awareness raising about the incidence of gender-selective abortions; and the expansion of support services, including palliative care, to ensure their availability to all Victorians.

She finished her speech this way:

Now, just as I gained inspiration from the historical figure of William Wilberforce, I wish to pay one more visit to the past, to one of the greatest known warriors for those who could not stand and fight for themselves — Martin Luther King Jr. Of course his dreams have been immortalised, but it is what he said about silence that really struck me. He said that our lives begin to end the day we become silent about things that matter. If you like things packaged in a safe, familiar, predictable way, then I apologise in advance. That is not me. If you enjoy your comfort zone and hope to sit here comfortably for the next four years, then again I apologise. I will not stand silent on issues that matter.
I thank you for your time today, and today I make this commitment. I will not be silent about the things that matter, even if I have to be a single, lone voice. And whether secretly, or openly, many people sitting in this chamber today and many sitting in the other place will be glad that I have.

Wow, terrific stuff. So thankful to have Rachel in our parliament. And her maiden speech was not mere wishful thinking. She has already sprung into action on the abortion front. Earlier this month at the annual March for the Babies she announced a bill to curtail abortion. I wrote about the march here; billmuehlenberg.com/2015/10/10/another-successful-march-for-the-babies/

A day later she put out this media release:

Seven years after Victoria introduced the most extreme abortion laws in the world, Rachel Carling-Jenkins has drafted a private member’s bill that will wind back the more extreme elements of the law. This is the first formal attempt to change Victoria’s 2008 abortion reforms. Under the proposal, abortion would not be allowed after the 20th week of pregnancy, except in the case of a medical emergency.
“This protects women from the awful physical and mental consequences of late-term abortion and it protects children,” Dr Carling-Jenkins said at the annual March for the Babies rally at Parliament on Saturday. “Women deserve better. Abortions don’t solve problems – they create them.”
Dr Carling-Jenkins said medical advances over the past few years had shown babies were viable at 24 weeks, and sometimes even younger. This proposal, if enacted into law, will protect preborn children from the age of viability. Further, medical assistance must be provided to infants born alive as the result of a late-term termination. We know that there have been cases in Victoria – and indeed around Australia – where babies born as a result of a failed abortion have been left to die.

And a few days ago another release was issued:

Rachel Carling-Jenkins has successfully introduced the Infant Viability Bill into the Victorian parliament, with the bill’s 1st reading carried this afternoon.
This means the bill’s title is now listed on the Legislative Council’s notice paper, and the following long title was incorporated into Hansard:
“A Bill for an Act to ensure the provision of access to holistic care and support to pregnant women and preborn children so as to promote infant viability, to amend the Abortion Law Reform Act 2008 and Crimes Act 1958, to make consequential amendments to certain other Acts and for other purposes.”
The next step will be Rachel’s second reading speech, in which she outlines the details of the bill and explains why it is needed, followed by second reading debate, which will take place at a later time.
Surprisingly, the Greens and Sex Party called a division to vote against the first reading, something which is completely unconventional and drew ridicule from members of all other political persuasions in the chamber. It was a typical totalitarian attempt to shut down a member of parliament’s entitlement and duty to bring before the parliament an issue for debate, which that MP was elected to do!

Not surprisingly the Labor Government said it was fully opposed to the bill. One news report states:

The private member’s bill is the first formal attempt to wind back the abortion reforms passed in 2008. However, the earliest the bill could be debated is next year – and even then it is highly unlikely to succeed, as Dr Carling-Jenkins would struggle to find the numbers to make it a reality.
Already, the government (which has 14 out of 40 votes in the Senate-style upper house), the Greens (which has five) and the Sex Party (one) have said they would not support the DLP’s plans, while a spokesman for opposition leader Matthew Guy said such matters would usually be dealt with by the Coalition through a conscience vote.

So the fight is on. Thank God for great saints like Rachel. She is doing what so many others should have done but have failed to do. We must pray for her and for this bill. It is not a panacea of course to our horrendous abortion laws, but it is a much-needed and very welcome first step. Go Rachel. Go babies.

10 Replies to “Rachel Carling-Jenkins and Abortion”