It was pretty ugly to behold. Hateful Trump supporters booing the best conservative Christian candidate going, and screaming at his wife Heidi as she sought to leave the convention. This half hour episode tells us everything we need to know about the great man Ted Cruz, and everything we need to know about the despicable fraud Trump, and so many of his rather nasty followers.

The 24 minute speech was arguably the best we heard so far at the Republican National Convention. It contained everything a true conservative and a true Christian would want to hear. It was about all the things that have made America and the GOP great.

But because the GOP establishment has turned on Cruz and genuine conservatism, we are stuck with this fake conservative Trump. That is why his frenzied followers booed Cruz, and why Trump came out seeking to disrupt his speech. The true colours of Trump and his devotees sure were on full display Wednesday night in Cleveland. 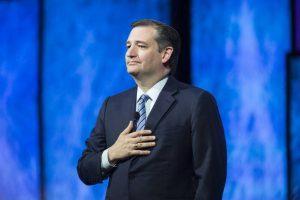 Yes, for standing up for the Constitution of the United States and championing freedom of conscience he was actually booed by the Trump groupies. Their boos, along with their horrible treatment of his wife as she tried to leave, reminded me more of an Erdogan rally or even a Hitler rally, not a meeting of Christians and conservatives.

And all this opposition to something as fundamentally basic to all true conservatives as freedom of conscience? Cults demand unquestioning subservience to a fearless leader. That is the stuff of totalitarianism, not a party that claims to celebrate freedom and limited government.

As Steve Deace put it: “Stop and think about the fact the GOP is threatened by Cruz telling Republicans to ‘vote their conscience.’ Let that one sink in for a moment. For the only reason that would be threatening is you’re admitting that a vote for Trump is a violation of conscience.”

The GOP is in a downward spiral, and this convention simply affirms how bad things have gotten. It is not the home of true conservatives, but of unprincipled pragmatists, populists, establishment types, the filthy rich, demagogues and bullies. It is not the party I once knew and supported.

As Michael Bauman rightly states: “How far has the GOP fallen? So far that it boos someone who says we ought to act according to the Constitution. That’s not as bad as the Democrats booing God, but it is colossally bad. And it means I’m no longer a Republican. I’m an American, and to be one REQUIRES supporting the Constitution, which is fundamentally necessary. I didn’t leave the GOP, it left me.”

Yes exactly right. Ronald Reagan once said he did not leave the Democratic Party but that it left him. The same is true today for millions of concerned conservatives in America: they did not leave the GOP, it left them. Sadly it has become quite clear that the GOP establishment has sold its soul to the devil – that accounts for their embrace of the fraud Trump and their contempt for a real conservative like Cruz.

This process of course has been going on for quite some time now, and this is simply the bitter fruit of where it has been heading for so long. Rip the GOP and with it, the USA. Time for a new movement of true conservatives to emerge from the ashes – if there is still time left for that.

You can see his full, inspiring speech by Cruz here: therightscoop.com/vote-your-conscience-ted-cruz-shocks-with-convention-speech/

The Trumpites are going berserk over the fact that Cruz congratulated Trump during his speech but then insisted that people should vote with their conscience. They demand the full endorsement of Cruz, and claim he broke his word. Yeah right.

Cruz of course only suspended his campaign so he can still run as he sees fit, and he need not endorse anyone at this point. But nobody is whining about how Trump long ago broke his pledge to support the Republican nominee. He did this back in March. Remember the CNN Town Hall back then?

Cooper: Before we go back to the audience, I want to ask you a question I asked to Senator Cruz as well. More than six months ago you pledged to support the Republican nominee, whoever that may be. A lot has changed since then. It sounded when I was pressing Senator Cruz on it, sounded like he was saying he’d have a hard time supporting somebody who went after his wife.
Trump: Honestly, he doesn’t have to support me. I’m not asking for his support. I want the people’s support.
Cooper: Do you continue to pledge whoever the Republican nominee is?
Trump: No. I don’t anymore. Look —
Cooper: You don’t?
Trump: No. We’ll see who it is.

See more on this here: www.foxnews.com/politics/2016/03/30/trump-rescinds-pledge-to-back-republican-nominee-cruz-kasich-refuse-to-commit-support.html

And there are plenty of myths already being spun about all this, as in the Reagan and Ford days.

Many out there in social media, mostly Trump cultists desperately trying to rewrite history, are attempting to create a narrative that Ronald Reagan — for the sake of party unity — got behind RINO Gerald Ford in 1976, after challenging Ford, an incumbent Republican president.
As Maury Povich might say, “And that was a lie.”
According to leading Reagan author and historian Craig Shirley, Ronald Reagan not only did not endorse Gerald Ford, who performed dirty tricks against him that paled in comparison to the ones used by Donald Trump against Ted Cruz, but Reagan also didn’t campaign for Ford.
Craig Shirley clarified the matter on The Mark Levin Show on Wednesday after extreme pressure was applied by Trump cultists like pitiful RINO Chris Christie, who said that Ted Cruz must endorse the man who ridiculed his wife’s looks and accused his father of assassinating JFK.

And if someone terribly abused you and your wife and family, told horrific lies about you for months on end, accused you of having five affairs, and even accused your dad of being involved in assassinating JFK, would you endorse him? We need to get real here. I would not endorse a thug and a liar like Trump either.

Ben Shapiro handily summarises the whole sordid affair about the Cruz speech and the ugly reaction to it by the Trumpites:

As the dust settles from the chaos that broke out on the convention floor over Senator Ted Cruz’s (R-TX) speech failing to openly endorse Donald Trump, here are some facts upon which to reflect:
Donald Trump knew Cruz’s speech text in advance. Cruz told Trump two days in advance that he would not endorse him. The speech itself congratulated Trump on winning the nomination, ripped Hillary Clinton, extolled freedom, and then told Americans to vote their conscience.
When Cruz gave the pre-approved speech clearly ripping Hillary and telling Americans to vote based on principle, Trump minions reportedly began whipping the crowd into boos. Paul Manafort reportedly “grinned and chuckled when asked by Mark Halperin if Trump aides encouraged boos of Cruz from the floor.” Trump obviously knew what was coming, too, and entered the arena as Cruz concluded his speech, before Cruz was booed off the stage.

Let me finish with some wise words from Leon Wolf:

I was openly critical of Ted Cruz here on the front page of RedState for being too friendly with Trump. While Rick Perry, Bobby Jindal, Scott Walker and others were going kamikaze against Trump, Cruz was being coolly noncommittal, appearing in public with Trump and repeatedly calling him “my friend.” My, how the tables have turned.
One after the other, the other opponents of Trump have boarded the Trump Train – something that is flatly inconsistent with their earlier statements on the matter. See, they didn’t just say they disagreed with Trump on the issues, or that he was inexperienced, or that they would do better. They called him (correctly) unfit for office. They said he was unserious. They called him a con man. They said that putting either the party or the country in his hands would be reckless and dangerous. And they were right.
Meanwhile, slowly, Ted Cruz began to come around. As Trump’s campaign of vitriol grew worse and worse against him, Cruz’s anger slowly began to boil, finally reaching a point of no return when Trump called his wife ugly and suggested that his father was involved in JFK’s assassination.
So now we are treated to the discordant spectacle of people who loudly and repeatedly called Trump unfit for office appearing in public and encouraging people to vote for him. Meanwhile, Cruz, who was more restrained than most of the other candidates (except Kasich) showed up and spoke in favor of the Republican party and Republican principles, but pointedly would not endorse the man who repeatedly insulted his family on a personal level.
I don’t know, I guess I would have preferred for Ted Cruz to have enthusiastically fought Trump from the beginning as much as some of the other candidates did. But what I know now is that Cruz is the only one who hasn’t made his own words about Trump worthless by telling other people to vote for Trump. And that matters more to me than his campaign strategy earlier on in the contest.

I am so thankful Ted Cruz did not abandon his Christian and conservative principles, or sell his soul and violate his conscience to get the Trump followers on side. He is the leader America sorely needs today. Go Ted and God bless you richly. And please have mercy on America. It sure needs it now.