For daring to suggest that Muslim immigration policies should be looked at a bit more closely, Sonia Kruger was blasted by every leftist moonbeam in Australia – and beyond. Her sensible remarks about Islam have made her Public Enemy Number One by all the usual suspects. I wrote her story up the other day: billmuehlenberg.com/2016/07/18/sonia-kruger-crucified-speaking-truth-islam/

With nearly 20,000 Facebook shares and over a hundred comments in less than two days, that article certainly seemed to strike a chord with a lot of people. Indeed, millions of ordinary Australians fully agree with her. She had been perfectly sensible to say this as a concerned mother, having just viewed the gruesome pictures of toddlers and children being mowed down in Nice by yet another Muslim jihadist. 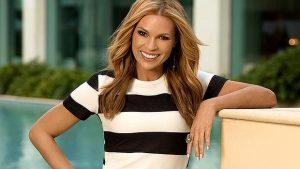 Yet for her troubles all hell has broken out amongst the lefty trendies who drone on and on about tolerance, acceptance and diversity – except when someone dares to offer a different point of view from theirs. Then the PC loons turn on you like you were Attila the Hun – or worse.

So now Sonia is being dragged through the ringer – even by her own supposed friends and colleagues. As one headline puts it: “Embattled Sonia Kruger has few friends in TV willing to publicly support her after Muslim comment”. The news item begins:

If Sonia Kruger was hoping for vocal support from her friends and colleagues in television, she’ll be bitterly disappointed. On-air faces across the industry have been instructed to keep quiet on the issue, it can be revealed, leaving the embattled Today Extra co-host to face the music alone. Pressure is mounting on Kruger and Channel Nine in the wake of her “extreme” comments on Monday, including her view Australia should close its borders to Muslims to prevent terrorism.

And of course the odd thing is she was perfectly right – her concerns are fully justified. Just today we have another headline making her case: “Mother and her three daughters, aged between 8 and 14, are stabbed by ‘Muslim’ man in French holiday resort because they were ‘scantily dressed’.” The story opens:

A mother and her three daughters were reportedly stabbed while on holiday in France because they were ‘scantily dressed’. A knifeman attacked the woman and her three daughters, aged eight, 12, and 14, in the village of Garda-Colombe near Laragne-Monteglin, in south-east France, at around 10.30 this morning.
The attacker, named locally as Moroccan-born Mohamed Boufarkouch, was later arrested on suspicion of attempted murder and remains in police custody. Local reports suggest the Boufarkouch attacked the victims because they were ‘scantily dressed’. The victims are believed to have been wearing shorts and t-shirts at the time.

It should be obvious that the ‘Moroccan-born Mohamed Boufarkouch’ was just another irate Presbyterian. After all, we know for a fact that Islam is a religion of peace, and Muslims should not be tarred with hateful stereotypes. But even if we were to actually believe he was a Muslim, he must just be another ‘lone-wolf’ and this is likely just another act of ‘workplace violence’.

The same with the guy who attacked a few dozen folks with an axe in Germany yesterday. Obviously he too was just another deranged Baptist. Sure, he yelled out “Allahu Akbar” while engaging in the attack, but we sure don’t want to rush to judgment here. It is simply being bigoted to believe that this means he was a Muslim:

18 people were injured after a man armed with an axe went on a bloody rampage after storming a train in Germany. Armed police swarmed the area soon after receiving reports that a man hacked at passengers on board a train close to Wurzburg in southern Germany. Police have confirmed that 18 people have been injured in the horrifying attack – three of them are fighting for life.
A 17-year-old Afghan refugee believed to be behind the attack was shot dead by police as he reportedly charged at them following the incident near Würzburg-Heidingsfeld station. The boy is reported to have shouted “Allahu Akbar” before the attack and investigators believed he had become a ‘self-radicalised’ Muslim.

Yep, another Anglican with a grievance. So obviously Sonia Kruger does not know what she is talking about. We are all safe here. Islam is not a problem. We should just be more loving and accepting. And this must be true because Facebook founder Mark Zuckerberg has assured us that we can defeat terrorism with “understanding, empathy and love”.

Even our police have taken his advice to heart. We have just learned that the top cop in charge of the Lindt siege in Sydney in 2014 said that the Islamic terrorist Man Monis “had the same rights as anyone else”! Yes he actually said that.

Um, no, criminals and terrorists doing their thing do not have the same rights as innocent civilians. If they are captured, then yes they have the right to a fair trial. But when they are involved in acts of murder and mayhem, they lose their rights, including their right to life. The innocent take priority over those who would slaughter them.

But such is the PC idiocy of our times, when every intellectualoid, media talking head, and elitist wants to make excuses for Islamic terrorism, while siding against ordinary men, women and children. They are in fact traitors. They are warring against freedom and democracy and should be named and shamed.

Columnist Andrew Bolt has recently been forced to move his family after receiving more death threats for speaking out on Islam. A piece he wrote a year ago is even truer today. The headline was this: “I blame our politicians for endangering Australians’ lives”. As he wrote then:

I accuse Australia’s political class of a crime. Of wilfully endangering the safety of Australians. They — with much media help — have put Australians in danger through years of reckless immigration and refugee policies. And it’s come to what we saw on Saturday — anti-terrorism police in Melbourne arresting five more young men from Muslim families, two for allegedly plotting attacks on police on Anzac Day.
These men were allegedly associates of Numan Haider, an Afghan refugee and Islamic State supporter who last year stabbed two Victorian policemen before being shot dead. Police have been typically coy about identifying exactly which “community” the five were from, refusing in two press conferences on Saturday to even mention the words “Islam” or “Muslim”.
But their use of the word “community” made clear they meant something other than the Australian one. The fact is we have imported people from “communities” so at odds with our own that a minority of members has declared war on our institutions, our police and even — allegedly — Anzac Day, the most potent symbol of our nationhood.

Every day in the Western world more innocent lives are being sacrificed – sacrificed to the political ideology of Islam, and to political correctness, failed multi culti policies, dhimmitude, cowardly leaders and politicians, and the secular left’s war on the West.

As Andrew Bieszad put it recently, “Prepare For a New Dark Ages Because Western Civilization is Dying Right Before Our Eyes”. Let me close with something I just spotted in today’s press: “Desperate refugee parents send teens back [to Africa] to escape Melbourne’s violent youth culture”.

28 Replies to “The War on Sonia: Part of the War on the West”