That the Australian education system is a hotbed of radical leftist political ideology and propaganda should surprise no one. This of course has been happening for decades now and I have been documenting this for decades now.

For example, almost 27 years ago I did a review of a high school geography textbook used in Australia. I asked back then “whether geography is succumbing to a process of politicization…. The question remains as to whether such politicization of geography textbooks is a trend which will continue in the future. Time will tell, but it is hoped that genuine education, as opposed to ideological proselytizing, will in the end take precedence.” 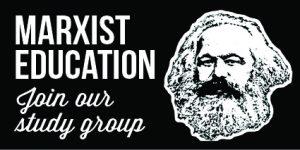 Speaking of geography, I just wrote about National Geographic featuring an entire issue on transgenderism. What does geography have to do with all things trans? billmuehlenberg.com/2016/12/18/national-gendergraphic-child-abuse/

The Australian Education Union has just proposed that AIDS and sex education classes become compulsory from the earliest years of primary school. It wants homosexuality to be taught in a “positive” fashion as well. The AEU claims that children’s rights are violated when parents, for reasons of conscience or religion, seek to withdraw their children from such classes. It even urged that these parents should be prosecuted for violation of human rights legislation.

Things have only gotten far worse over the decades, with radical lefties using the education system as their own personal soapbox to indoctrinate impressionable young students into their left-wing political ideology. Most folks would be aware of the latest example of this Down Under.

Leftist educators who do not like the government policy on asylum seekers and detention centres have transformed the classroom into their own little indoctrination centres, complete with anti-government t-shirts. For those not aware of this, the story first broke around two weeks ago. As one news report said at the time:

Teachers across Australia will be wearing pro-refugee t-shirts in a nationwide stance against offshore detention camps. Backed by the Education Union, teachers have felt a sense of “professional urgency” to speak out and take action against the abuse that they believe is happening to refugees in camps.
The school-based campaign, Teachers for Refugees, was created on Human Rights Day in 2015 to shine a light on refugees’ plight. On December 12, they will be wearing shirts embellished with the words “Teachers for Refugees – Close the Camps, Bring them Here” that are still being distributed through their own network.
The Education Union is backing the campaign and urging the private school system to do the same. Teachers in Victoria will be wearing the T-shirts and badges in schools. The NSW Teacher’s Federation has also supported the action, but some are only wearing the merchandise outside of schools. Some schools in South Australia will also be taking part. Queensland schools are not yet participating.

The issue has been bubbling along ever since. One of the ringleaders behind all this has been in trouble before about such matters:

A Melbourne teacher behind Monday’s asylum seeker protests in classrooms has twice been disciplined over her activist behaviour. But Lucy Honan, a co-founder of the Teachers for Refugees group, on Friday night said she was prepared to risk her job at St Albans Secondary College to join about 500 Victorian colleagues who will wear T-shirts emblazoned with “Close the Camps, Bring them Here”.

Of interest is the fact that at the same time this has been happening, an international report was released which showed how poorly Australian schools are performing compared to others. Prime Minister Turnbull tied these two issues together recently:

It’s absolutely inappropriate. Political campaigning has no place in classrooms and teachers should be focused on teaching. We’ve seen with the fact that our ranking internationally has gone backwards in maths and science and in the PISA results just this week. There is a lot of work to be done in our schools and it doesn’t include political campaigning.

Others have also criticised the activists for using our students as political guinea pigs. Education Minister Simon Birmingham said these teachers who push their own political ideology should be sanctioned for abusing their positions:

Classrooms are for learning, they’re for delivery of the national curriculum. They’re not areas for teachers to prosecute their own personal political agendas, that’s completely unacceptable and if we have instances which appears to be the case of teachers who have been abusing their place in the classroom, abusing the trust placed in them then I expect that relevant school authorities will implement appropriate sanctions against those teachers.

Andrew Bolt discusses this issue as well: “This sounds almost like child abuse. A Sydney public school has indoctrinated nine-year-old students, who’ve now signed a school petition against child refugees in detention after being fed horror stories. Big surprise: the principal is a former Labor politician. What a coincidence that his views are now theirs, rather than those of most voters.”

He goes on to note how teachers have not been punished for these political actions. He asks why this is: “Not punished? What signal does that send students about rules and authority? And would there be no punishment if teachers wore ‘Teachers for climate scepticism’ shirts, advertising a cause that is at least rational?”

Education expert Kevin Donnelly reminds us about the radical leftist history of the AEU:

There’s nothing new in NSW’s Helensburgh Public School using Year 3 children as refugee activists and classroom teachers wearing T-shirts with the slogan “Teachers for Refugees — Close the Camps, Bring Them Here”. The NSW Teachers Federation and the Australian Education Union have a long history of using the education system to indoctrinate students with Marxist-inspired causes.
In 2002, after the Howard government committed troops to Iraq, the AEU directed teachers to “take action in your workplace and community” and to “support students who take an anti-war stance (and to) encourage participation in peaceful protests”.
Instead of education and the curriculum being objective, whereby students are taught to be critical-minded and to weigh alternative points of view, the AEU’s leadership is only concerned with imposing its politically correct views on controversial issues.
While parents are shocked by the Marxist-inspired Safe Schools LGBTQI program, which teaches children gender is fluid and celebrating being a man or a woman is heteronormative, the AEU gives it full support. Its federal president, Correna Haythorpe, describes critics of the Safe Schools program as “extreme conservatives” opposing a “highly effective and positive program”.
At a time when Australia’s international test results are in free fall, the AEU, instead of focusing on the basics, is more interested in campaigning for “global movements for peace, social justice, nuclear disarmament, justice for refugees and the environment”.
In relation to climate change, AEU Victorian branch president Meredith Peace is happy to visit schools as a result of being trained “by Al Gore to give his famous climate change presentation as part of his Climate Project”.
Since its establishment in the early 1990s, the AEU and its state and territory branches have campaigned for a plethora of neo-Marxist, feminist, LGBTQI and postcolonial causes. Such is the success of the AEU in determining what happens in the school curriculum that a past president, Pat Byrne, was able to boast “the conservatives have a lot of work to do to undo the progressive curriculum”.

Ignored is the international movement to free schools from provider capture, represented by charter schools in the US and free schools in England, and to give them the autonomy to best meet the needs and aspirations of their local communities. Instead of educating students in a balanced and impartial way the AEU is committed to indoctrinating children with neo-Marxist, politically correct groupthink.

Yes, no wonder home-schooling, independent, and religious schools are increasingly becoming the place of choice for so many concerned parents who want their children to receive a proper education, not just more leftist political indoctrination.

8 Replies to “Leftists Politicising Our Schools”