The sexual anarchists keep telling us that all sexual lifestyles deserve the same acceptance and endorsement, and we should not single out any behaviours as better or worse than others. But as I and others have carefully documented, there are very real differences indeed between heterosexuality and homosexuality.

There are many key differences, but one major one is the issue of promiscuity, multiple partners and the like. While heterosexuals can of course be promiscuous, there is a huge difference when it comes to homosexuals. And unsafe sexual practices, coupled with multiple partners, makes for major health concerns.

In the three books I have written on homosexuality, I have provided extensive evidence for the dangerous and high-risk lifestyle of homosexuality, and how such activities can so often result in premature death. And sadly we see this playing itself out in our daily news headlines. 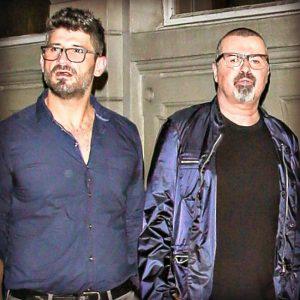 The early death of homosexual pop star George Michael was a shock to many. But further revelations about his wild lifestyle are even more alarming. To die at just 53 years of age is always tragic, but shamelessly and unapologetically engaging in reckless and risky behaviours sure does not help. As one news report put it:

George Michael enjoyed wild nights out with friends and all night parties just weeks before he died. The star enjoyed raucous nights until 8am with friends at his £8million mansion in Highgate, North London – despite a reported stay at a Swiss rehab clinic last year.
A source said: “George loved having friends over and was often still going strong well into the following morning. This continued right up until his death. He may have been in his 50s but it’s fair to say he gave much younger partygoers a run for their money and the atmosphere was always quite hedonistic.”

And today we read of even more alarming claims:

Piers Morgan revealed his late friend, singer George Michael once boasted that he had 500 lovers in seven years, during a frank dinner party discussion at a mutual friend’s south London house. In his Event column for the Mail On Sunday, Piers said the 53-year-old was incredibly honest about his personal life and made him laugh with talk of his exploits.
He said: ‘I knew George pretty well, through various interviews and a sporadic, highly amusing email relationship, but nothing quite prepared me for that night. He was on outrageously indiscreet form, revealing that he’d slept with 500 men in the previous seven years.’ He continued: ‘George, who had us all heaving with laughter with his searing, shocking honesty, chuckled: “I’ve decided to just admit everything so people can’t expose me for it”.’
Heterosexual Piers also said that George quizzed him about his sexuality. He said: ‘Come on Piers, I bet you’ve fancied experimenting with men?’ to which he replied that he never had.
Piers said the singer had told him he was being blackmailed by a French male prostitute saying, ‘I forgot to pay him!’ and admitted that if he was to sleep with a woman, it would be Elizabeth Taylor. He revealed that George never regretted being caught propositioning a policeman in a Beverly Hills public toilet, saying: ‘I was only sorry for offending some of my fans’.

Such an unrepentant and unashamed lifestyle of sexual debauchery and promiscuity is bad enough, resulting in an early end, but think of the millions of fans who idolised and adored him, and the many who sought to emulate him. Talk about a poor role model.

But excessive numbers of sexual partners is sadly the norm for so many homosexuals. As mentioned, I have all this carefully documented, including in my 2011 book, Strained Relations. Let me quote just a small part of it here:

In general, homosexual relationships do not offer the same stability and permanence as do heterosexual relationships. A number of studies have been conducted over the past few decades to show that the average homosexual relationship is far from stable and monogamous. Indeed, it can instead be characterised as highly unstable and promiscuous. “Sexual promiscuity is one of the most striking, distinguishing features of gay life in America,” wrote homosexual authors Silverstein and White. They say that homosexuals represent hedonism in its most extreme form, with one-night stands and brief flings offering constant excitement and variety.

And Marshall Kirk and Hunter Madsen, authors of After the Ball mentioned earlier, state quite plainly: “Alas, it turns out that, on this point, public myth is supported by fact. There is more promiscuity among gays (or at least among gay men) than among straights.”

Because of this much greater promiscuity, sexually transmitted disease “occurs among gay men at a rate five to ten times higher than average.” But I will speak further to the unhealthy homosexual lifestyle shortly. Let me return to the issue of multiple partners and the like.

An exhaustive 1978 Kinsey Institute study of homosexuality showed that 28 per cent of homosexual males had sexual encounters with 1,000 or more males. And 79 per cent said more than half of their sex partners were strangers. Only one per cent of sexually active men had fewer than five lifetime partners.

The study concludes, “Little credence can be given to the supposition that homosexual men’s ‘promiscuity’ has been overestimated . . . Almost half of the white homosexual males said that they had at least 500 different sexual partners during the course of their homosexual careers.”

A 1982 study of AIDS victims by the U.S. Centers for Disease Control found that eleven hundred sexual partners was about average, with some reporting as many as twenty thousand partners. One homosexual reported, “I believe my estimate of 4,000 sex partners to be very accurate. I have been actively gay since I was 13 (thirty-one years ago). An average of two or three new partners per week is not excessive, especially when one considers that I will have ten to twelve partners during one night at the baths.”

And plenty of homosexuals are quite happy to admit to all this. Here are a few that I cite in my book:

More revealing, however, is this quote from a Los Angeles-based psychologist who counsels homosexual men, as recorded in an April 1994 issue of a homosexual magazine: “Gay men are discovering new ways of being intimate with another man without excluding the possibility of outside erotic experiences . . . They’re relaxing a bit about what seems like a normal and healthy interest in sex outside relationships, after having been shamed in the early days of AIDS. With all the talk about legalising marriage for gays, there’s an assumption in the minds of most people I talk to that only rarely does that legalization include monogamy.”

In the same issue of the magazine, a homosexual couple spoke about how having outside affairs was the key to their relationship. Said one of the partners: “Pretty early on we had the monogamy discussion. I felt I wanted to be with him, but the idea of having sex with only one person was a little daunting. I mean, I was a real slut, and I didn’t want to give that up.”

It is quite common in the homosexual press in Australia to find similar remarks. For example, one writer says that to assume monogamy is “a part of every healthy relationship is just plain wrong”. He continues, “Let’s face it. Monogamy is a bizarre human invention. Sure, some animals practice it but usually when survival is tough, and teamwork is required to eat. In fact, it’s a human invention designed (on a cynical level) for the possession of women.”

Or as Australian homosexual activist Dennis Altman puts it: “Large-scale luxurious pleasure palaces where everyone is potentially an immediate sexual partner are a common sexual fantasy; only for gay men they are a commonplace reality.” Elsewhere Altman writes, “monogamy is not a realistic choice for many of us . . . we don’t find one partner sufficiently fulfilling. People who argue that there would be no problem if all gay men would just be monogamous are ignoring both medical and emotional realities; with an unknown number of people already exposed to ‘the virus’ and an unknown incubation period, such advice is just too restrictive.”

The references for this are of course found in the book (over 700 in total). Suffice it to say that this is not a safe or healthy lifestyle. But the activists insist that all sexualities are identical and all lifestyles are the same. They could not be further from the truth, as too many pop stars and celebrities have sadly demonstrated.

6 Replies to “Not All Lifestyles Are Equal”