So if you want no one picking a fight with you and dumping on you, simply say nothing – and do nothing. But that is not what I am about, so I will have to keep taking the pummelling I guess. Examples of this are numerous. I lost heaps of friends for daring to not worship at the Trump altar over the past year.

But now for daring to give him credit when he does do or say something right, I am still being attacked – this time by the Trump opponents. I just can’t win. So too with my last article on Milo and free spee 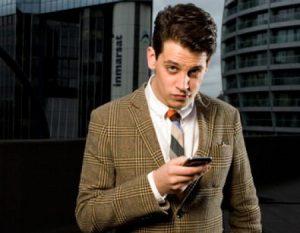 ch. I of course defended his right to free speech and of course attacked the feral left for carrying on like fascists.

As a conservative and a Christian I cannot go along with that – and that should go without saying. So to promote some of what Milo does and says does not mean that I promote and defend everything that he does and says. And that would be true of just about everyone on the planet – indeed, I sometimes don’t always agree with myself!

But much of this has to do with what we call co-belligerency: being willing to work together with others you may not always agree with on limited and tactical campaigns. This can be quite worthwhile at times in my view, especially in the culture wars. I have written on this far too often already. See some of these pieces for starters:

And another important point is this: when free speech is stripped away from one person or group, it can easily be stripped away from us all. That is something we all should be concerned about. Thus I may not agree with or particularly like much of what someone like Milo does and says, but it bothers me greatly to see his rights to speak freely being trampled by leftist mobs.

In that sense the famous words of the German pastor and Holocaust survivor Martin Niemoller who bravely resisted Hitler are quite relevant here:

Those Christians who attack me for defending (within reason and to a limited extent) the rights of folks like Milo to speak would likely disagree with Niemoller as well, sadly. They just don’t get it. They don’t see the bigger picture. They are being unnecessarily inflexible here.

And if they throw at me verses like 2 Corinthians 6:14 which speak about not being yoked together with unbelievers, I have to differ there as well. Briefly, it has to do with close, intimate associations, such as marriage, or perhaps a business partnership. It does not have to do with sharing a platform with a non-Christian at a pro-marriage rally, or quoting some terrific snippet from a non-believer’s writings.

But I have already dealt with the misuse and abuse of that particular passage elsewhere: billmuehlenberg.com/2009/11/27/on-biblical-cooperation-and-separation/

But let me return to the UC Berkeley rioting. I have already discussed it here: billmuehlenberg.com/2017/02/03/free-speech-fascism-left/

Since then many others have written on this. One of my favourite commentators is David French. As to the delicate snowflakes and their perpetual offence motion machine, French says this:

In the United States of America, rioting to stop free speech is unlawful and reprehensible. Period. Full stop. It’s not “understandable.” It’s not excusable. There should be no tolerance and no sympathy for people who pepper-spray young women, beat bystanders senseless, and tear up property because they’re mad that another human being is speaking.

Last night’s spectacle in Berkeley, Calif., was disgraceful. In response to a planned speech by Breitbart’s Milo Yiannopoulos, a “peaceful” protest turned rapidly violent, and by late evening on the East Coast, television and Twitter were filling up with images of people and property being attacked by black-clad thugs, part of the so-called “black bloc” and “antifa” (anti-fascist) movements.

For those who don’t know, the black bloc refers to the practice of gangs of rioters who show up to protests clad entirely in black (often armed with bats, Molotov cocktails, and other weapons), hide their identities, and move as a group to attack people, destroy property, and intimidate the public. A media that’s intent on whitewashing their growth and influence often refer to these gangs as just a “few dozen” malcontents, the tiny few who pollute otherwise-peaceful movements.

The visual evidence, however, can show how the media understates their size and their actual role in left-wing protest. Look at the image below, taken last night:

What you’ll notice (and what you’ll experience, if you ever find yourself in the middle of violent left-wing protest) is that the rioters and the “peaceful” protesters have a symbiotic relationship. The rioters break people and destroy things, then melt back into a crowd that often quickly and purposefully closes behind them. They’re typically cheered wildly (to be sure, some yell at them to stop) and often treated as heroes by the rest of the mob — almost like they’re the SEAL Team Six of left-wing protest.

Law enforcement should prioritize identifying, locating, and arresting members of the black bloc, and it should treat them as the political terrorists they are.

And he also deals with critics who challenge him because he in part is defending Milo from these anti-free speech militants:

You’ll note that I’ve said nothing about Yiannopoulos or what he believes — in spite of the fact that my family has been subjected to an avalanche of hate from the very alt-right that he defends. That’s intentional. For the purposes of protecting free speech, his views do not matter. There is nothing — nothing — that he has said that justifies or excuses this violence, and public officials in California should treat the rioters exactly as they would treat, say, the KKK if it rioted to shut down speech public officials liked.

That has been my point all along. The hypocrisy of the left and the dangers they pose is what matters here. Yes there is much I am not happy with when it comes to Milo. But I am also very unhappy about the militant fascism of the left which seems to be getting worse by the day.

We can and should be concerned about both things it seems to me. I will keep standing for free speech, defend those who seek to exercise that right, and stand against the toxic left which is seeking to shut down all debate.

But I will also hold others to account, be it a Donald Trump, a Milo Yiannopoulos, an Andrew Bolt, a Brendan O’Neill, a Geert Wilders, or other non-believers who are more or less part of the broader conservative and/or libertarian movement.

I will support their right to speak, I will applaud them when they say true things, and I will pray that they become Christians. I will also pray that folks like Milo get set free of their homosexuality and dead-end lifestyles. If my critics don’t like this, well, sorry, but I just can’t please everyone. Nor do I want to.