We increasingly find the homosexual movement hopping into bed with the conservative movement. Some conservatives think that this is a good thing. I am not so sure. While it is good to have conservative allies of various stripes, are we paying too great a price to call conservatives who are also homosexuals our allies?

Milo Yiannopoulos is one obvious example of this. And in the US we have groups like the Log Cabin Republicans and GOProud. The former is still in existence while the latter was short-lived. GOProud existed from 2009 to 2014. It had some well-known conservatives as board members, including Andrew Breitbart and Ann Coulter. 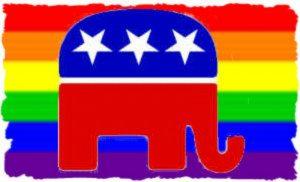 As to the Log Cabin Republicans, it was founded in 1977 in California and is now a national organisation. They say this:

We are loyal Republicans. We believe in limited government, strong national defense, free markets, low taxes, personal responsibility, and individual liberty. Log Cabin Republicans represents an important part of the American family—taxpaying, hard working people who proudly believe in this nation’s greatness. We also believe all Americans have the right to liberty and equality. We believe equality for LGBT Americans is in the finest tradition of the Republican Party. We educate our Party about why inclusion wins. Opposing gay and lesbian equality is inconsistent with the GOP’s core principles of smaller government and personal freedom.

Then there are other US sites such as GayPatriot. It says this about itself:

Blogcasting from the worldwide headquarters of the not-so-vast gay right wing conspiracy. Representing the millions of patriotic gays and lesbians across the USA by standing up for freedom, fairness, free speech, privacy and true American values. GayPatriot is the internet home for American gay conservatives and hailed as “the most reliably conservative gay blog on the Internet.”

So what are we to make of all this? Let me begin by saying a bit more about Milo. He clearly is a different kettle of fish. He is a bit harder to assess because of his clear contradictions. For example, although he is quite open about his homosexuality, he has also often spoken against it. He has said it is an “aberrant” lifestyle choice, and said that he would like to be cured of his homosexuality.

But to talk about homosexual conservatism is for me too narrow a focus, since I am not just a conservative but a Christian. Conservatism and Christianity both have concerns here. While the two are not coterminous, there certainly is some overlap in many aspects as I have sought to argue elsewhere.

So for me to assess this movement means I must appeal not just to traditional conservative thought and principles, but to Christian ones as well. And it should be pointed out that while Christianity has non-negotiable principles and beliefs that cannot be jettisoned, conservativism is based on certain values and principles which are not so inviolate.

That is, while certain things are clearly right and wrong according to Christian teaching, conservatism might allow for more room to move. For example, individual freedom is a key tenet of conservatism (and of libertarianism), but so too is the good of the community, and the importance of the institutions of marriage and family. Sometimes these things conflict.

Plenty has been written on this, so let me cite just one person here, the leading English conservative philosopher, Roger Scruton. In a piece penned a few years ago he spoke about the great conservative thinker Edmund Burke and the current state of the conservative party in the UK. He said this in part:

Conservatives believe, with Burke, that the family is the core institution whereby societies reproduce themselves and pass moral knowledge to the young. The party has made a few passing nods in this direction, but its only coherent policy – sprung on the electorate without forewarning – is the introduction of gay marriage. Sure, there are arguments for and against this move. But for the ordinary voter the family is a place in which children are produced, socialised and protected. That is what the party should be saying, but does not say, since it is prepared to sacrifice the loyalty of its core constituents to the demands of a lobby that is unlikely to vote for it.

While libertarianism elevates freedom as a sort of absolute good which never must be interfered with (thus it is quite happy with the idea of letting homosexuals marry and the like), conservativism has never taken such a view of freedom. It is a great good, but it must never be absolutised. As Scruton says:

Political wisdom, Burke argued, is not contained in a single head. It does not reside in the plans and schemes of the political class, and can never be reduced to a system. It resides in the social organism as a whole, in the myriad small compromises, in the local negotiations and trusts, through which people adjust to the presence of their neighbours and co-operate in safeguarding what they share. People must be free to associate, to form “little platoons”, to dispose of their labour, their property and their affections, according to their own desires and needs.
But no freedom is absolute, and all must be qualified for the common good. Until subject to a rule of law, freedom is merely “the dust and powder of individuality”. But a rule of law requires a shared allegiance, by which people entrust their collective destiny to sovereign institutions that can speak and decide in their name. This shared allegiance is not, as Rousseau and others argued, a contract among the living. It is a partnership between the living, the unborn and the dead – a continuous trust that no generation can pillage for its own advantage.

Writing in a much more popular style, Bryan Fischer has also weighed into this discussion with a recent piece about “The Myth of the Gay Conservative”. Since he is both a conservative and a Christian, he says that he cannot support such an ideological coupling. He argues that a homosexual cannot be a conservative:

Why? Because at the center of conservatism is a non-negotiable view of human sexuality and the family. At the heart of a conservative view of the world lies the family. Not the individual, mind you, but the family. At the heart and soul of conservatism is the notion that marriage consists of one man and one woman and a family consists of a married father and mother and the children they conceive together through their love for each other.
The first command God gave to the very first human beings he created was to start a family: “Be fruitful and multiply” (Genesis 1:28). God created one man and one woman at the dawn of time and designed them to be sexually complementary and productive in a way that is impossible for two men or two women.
In conservatism, the family is the cornerstone of civilized society. All the networks in a society – church, politics, business, education, law enforcement – are ultimately intended to serve the purposes and functions of the family. Churches are to nurture the spiritual lives of families, including challenging husbands and fathers to love their wives and their children as an expression of their love for God.

A prosperous society is founded upon the family. God created marriage before he created any other human institution. He created the family even before he created the church, and certainly before he created government. The natural family – a husband, a wife, and the children they raise – is the bedrock of civilization. No one can be a conservative whose worldview does not place the family and the interests of the family at the center of his worldview.
Thus, there is no room in conservatism for the embrace of a lifestyle in which it is impossible for children to be conceived and brought into the world. There is no room in conservatism for the acceptance of sexual behavior which deviates so radically and dangerously from God’s design for intimacy. There is no room in conservatism for the embrace of a lifestyle which as a matter of course compromises human health through sexually transmitted diseases such as HIV/AIDS. To put it bluntly, sexual behavior that leads to anal cancer may represent a libertarian value but it cannot possibly represent a conservative one.
If homosexuality is allowed an affirmed place in the conservative movement, it may seem harmless at first. But eventually, tolerated rather than excised, its cancerous cells will begin to quietly and yet inexorably multiply and metastasize until it has fatally weakened its host.
Should we love homosexuals? Absolutely. We should love them enough to tell them the truth about where their lifestyle leads, both in this life and the next. Should we make homosexuality any part of the conservative movement? Absolutely not.

I tend to agree. But how this works out in other areas, such as in working together for limited objectives (what is known as cobelligerency), has to be discussed elsewhere. And that I have done in various places, eg., in this general piece: billmuehlenberg.com/2010/09/02/on-co-belligerency/

And in this more particular piece: billmuehlenberg.com/2017/02/03/free-speech-milo-christians-culture-wars/

As just one example of this, yesterday in the social media I posted a terrific article by the Australian conservative David Flint. Many Christians and conservatives liked and shared that post. I have shared public platforms with David over the years, but he happens to be a homosexual. He is certainly not loud and proud about it, and I find him very good on most conservative issues.

Thus in various ways I have worked with various conservatives who are homosexual over the years. I will likely continue to do so. But the broader question of how the conservative movement itself should look at the rise of gaycons is still being debated. Let the discussion continue.

7 Replies to “On Homosexual Conservatism”