In my previous two articles I looked at some shocking cases of the pro-death culture in action. Some of these examples were actual cases of euthanasia or assisted suicide. Others were certainly in the same ball park, but could be technically labelled somewhat differently.

And because a few folks have wanted to argue with me about this – especially in regards to the tragic Charlie Gard case, saying it is not about euthanasia at all – I have found the need to discuss all this even further, and seek to clarify matters a bit more if I can.

As I have often said, it is important that we carefully define our terms in such areas. Thus if one wants to argue that the Gard case has nothing to do with euthanasia, then we need to first agree as to what we mean by the word. So it will all depend on how we define our terminology of course. 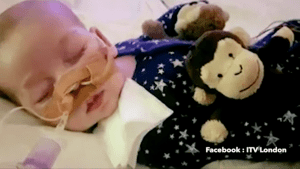 For example, if one were to say that euthanasia is simply about administering a substance to cause premature death, that may well be part of the definition, but it seems to be a rather incomplete definition. Yes this is the usual way we think about such things: a doctor or loved one administers a lethal dose to hasten the death of someone.

But one can help cause or hasten the death of someone by NOT taking certain steps, just as much as in taking certain steps. That is, one can help hasten death by refusing to provide various types of care which may in fact sustain life. Sure, there is plenty of debate in the bioethics literature about what sort of treatment or care is basic and necessary, and what is extraordinary, burdensome or unnecessary.

Basic treatment like nutrition and hydration used to be assumed to be obviously necessary, but that too has been thrown up in the air by courts, doctors, ethicists, and politicians. It is not my intention to get into that whole discussion here. All I want to do is offer a somewhat workable definition of what I at least mean by the term euthanasia.

While it is certainly not fool-proof, nor the final word on the topic, perhaps I can quote just a bit from my 2016 book, The Challenge of Euthanasia. In it I spent a bit of time on terminology and definitions. This in small part is how I put it in my book:

For the purposes of this book, euthanasia is simply about one thing. It is not about halting futile treatment. Nor is it about the alleviation of suffering (this is known as palliative care). Euthanasia is an act that directly and intentionally causes a person’s death. As bioethicist Mark Blocher explains, “Euthanasia is an act that involves an intention to produce death. . . . An essential component of euthanasia is the intention behind either an action or a refusal to act to knowingly bring about a person’s death.”

To me, those seven words are absolutely crucial: “an action or a refusal to act”. In other words, we are being unnecessarily narrow in our definition of euthanasia if we only think in terms of things actively being done. Sometimes the same results of premature or hastened death can occur simply by what we refuse to do, or do not allow to be done.

So the aim is to bring about death, whether by intentionally hastening it (eg., taking active measures such as by a lethal injection), or by removing or preventing possible access to life-enhancing or life-saving measures, thereby also hastening death. Thus one can actively do things to hasten death, but one can also not do certain things, or prevent certain things from happening, to bring about death.

Let’s go back to the case of Charlie Gard and the determination of the doctors and the courts that the best option is to just let the baby die, and make no further efforts to turn things around. We can see that this is not euthanasia if we narrowly define it as doing something to hasten death, but it is indeed euthanasia if we include the thought of preventing possible life-sustaining or curative treatment that has a possibility of success.

And in this situation that was exactly the case: there was a medical option that was available in the US which the couple wanted to try. They had gathered enough money through donations to make it possible, but they were not allowed to go ahead with their plans.

Whether this treatment would have come even close to working is an open question. And one can concede that this might be regarded as extraordinary treatment, but it was treatment which seems to have been on offer, and the parents were willing to pay for it and give it a try. It may have been of some use, but we will now never know. The powers that be decided that the parents could not access it – end of story.

So, can we speak of at least some complicity in Charlie’s death (if and when it occurs), by the authorities here? It seems to me that we can. They decided, against the rightful wishes of the parents, that they could not go this extra mile and give this medical option a shot. (Sure, there can be times when parents are deemed to be incapable of properly making a decision because of some incapacity, but that is not the case here as far as I can tell.)

Thus we can speak about how a handful of doctors and judges may well have some moral complicity in the eventual death of the baby. I am not a doctor nor a medical expert so I cannot say if Charlie would have had any chance of success with this treatment option, be it a five per cent chance or a twenty-five per cent chance.

But as I highlighted in my book, there are plenty of cases of medical experts simply getting it wrong in their diagnoses and prognoses. Many patients have been told that they were no-hopers, only to confound the experts and go on living a normal, healthy life. Whether Charlie had any such chances is not something I can speak to, and again, we just will not know.

And let me be quite clear here. Those who are opposed to legalised euthanasia understand that when a person is on the natural course of death and life support is being used to stall this process and artificially extend life when it is not meant to be extended, then yes, one can shut off life support. That is not euthanasia, and that is ethically permissible.

However, that is not at all similar to a situation in which there is a chance of saving life, and the life support is a means of keeping a patient alive until access to some possible live-saving or life-enhancing treatment can be found or utilised. In that case it is indeed a type of euthanasia – it is deliberately seeking a patient’s death by denying possible treatment.

Yes, one might make a distinction between life-prolonging treatment and life-saving treatment in such cases. Those of us who are prolife would argue that an adult can refuse both if they so choose, and such a choice would be allowable, and possibly ethically acceptable.

But the issue here of course is that the decision-making power of the parents has been taken away from them. They are not being allowed to make choices on behalf of their own son. This has been overruled for what seems to be some rather dubious reasons.

In sum, people can quibble about whether this particular case has anything to do with euthanasia or not. It seems that if we view euthanasia as being not just about taking active steps to end a life (with a gun or a syringe for example), but also involving the withholding or removal of possible life-saving treatments, then we may still be more or less right to speak in such terms.

But even if one refuses to use the E word about this case, it is still a horrific case indeed, and as I explained in my two previous articles, one that further exemplifies and typifies the already expanding culture of death. It also shows how the state is getting more and more power to decide who should live and who should die.

This is very scary stuff indeed.

10 Replies to “On Euthanasia, Again”