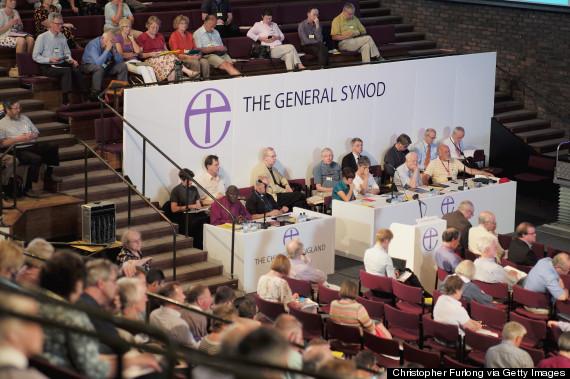 YORK, ENGLAND – JULY 13: Delegates discuss issues during the afternoon session of the annual Church of England General Synod at York University on July 13, 2014 in York, England. Members and officers of the Church of England’s General Synod are preparing for a vote on whether to introduce women bishops. The Synod will vote tomorrow during it’s meeting at York University and if successful women bishops could be announced later this year. (Photo by Christopher Furlong/Getty Images)