Those seeking to redefine the institution of marriage are willing to say anything and do anything to bring it about, and quite often they rely heavily on outright falsehoods, deception and misinformation as they seek to “argue” their case. They will throw any and every objection your way, no matter how weak, how bogus, or how ludicrous.

This is typical “debating” style of the activists: keep throwing up one charge, accusation and objection after another, over and over again, and simply seek to wear down the other side. There are even logical fallacies about such tactics, including the argumentum ad nauseam, argumentum ad infinitum (argument from repetition).

This is so patently false that I already have dealt with it in a full-length article, so I direct your attention to it for much more detail: billmuehlenberg.com/2017/08/25/yes-marriage-really-children/ 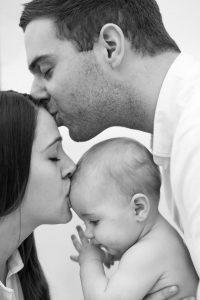 Related to this is the claim that if a married couple has no children, we are saying they are not really married. Nope – no one is saying childless couples who are married (either through choice or because of infertility) are not in a real marriage.

This again misses the point. The institution of marriage came into being because children – generally speaking – are the product of the male-female union. Sex between a man and a woman is designed to bring a child into existence. It may also be pleasurable, but it is the basic purpose of the sex act.

When we raise the importance of the wellbeing of children, we are not saying no to homosexual marriage just because they cannot naturally have children. With the new Assisted Reproductive Technologies (ART) they now can. But – and this is a very important but – all children in homosexual households are obviously missing out on a biological mother or father.

That is what children need most. They are deliberately being denied that in homosexual households. That is a form of child neglect, if not child abuse. And this leads me to the next objection.

It is frequently claimed that family structure does not matter, and that children do just fine in any type of household. These folks claim that children in homosexual households do just as well as those in married heterosexual households. Wrong again: we now have well over a half century of social science research telling us this is demonstrably untrue.

What the research shows over and over again is quite clear: on the whole, and in most cases, children do best when raised in homes with their biological mother and father, preferably cemented by marriage. The research data on this is overwhelming.

Whether we look at educational outcomes, criminal involvement, drug usage, suicide rates, or other measurable social outcomes, children do best with a mum and a dad who are married. This family structure does far better than any other kind, be it a single-family household, a blended family, a step-family, cohabitation, a homosexual household, and so on.

While there may be exceptions to this, exceptions do not make the rule. Sure, we can all find some cases of lousy heterosexual parenting, but that does not diminish the results of the research. For the great majority of children, they have the best outcomes in the married, heterosexual two-parent home.

See this two-part article for just a small sampling of the tremendous amount of social science material we now have on this:

And then we have the growing collection of stories of those who were raised in homosexual households telling us how they feel about this – how they missed out and were hard done by. Plenty of these stories can be mentioned. See here for more on this: billmuehlenberg.com/2015/02/03/homosexual-marriage-listen-to-the-children/

Next month Katy Faust from the US will be in Sydney. She is another one who was raised in such a household. She knows full well about all the negatives to this. She very much wishes she had had her own mother and father. I have shared her story here: billmuehlenberg.com/2015/08/13/speaking-truth-on-homosexual-marriage-and-parenting/

Yet we still hear that homosexuals should have marriage. They say that marriage is good for people, and good for children, so we should have homosexual marriage. This is another case of twisting the data and telling porkies for an ideology.

Is marriage good for people and good for children? Absolutely, and again we have a wealth of social science data on this. People do better by all measures when married, and so do their children. See here for a brief overview of some of the research on this: billmuehlenberg.com/2000/12/19/a-review-of-the-case-for-marriage-by-linda-waite-and-maggie-gallagher/

But – and once again this but is crucial – it is NOT any old kind of “marriage” which is so good for people and children. It certainly is NOT the fake “marriage” of two men or two women which provides the best outcomes for people and for children.

It is HETEROSEXUAL marriage which is so beneficial to adults and which gives children the very thing they need most to succeed and thrive: their very own biological mother and father. That is what real marriage does: it seals a husband and wife together, and it seals mother and father together with any children so conceived.

Some will claim that even though homosexuals cannot naturally have children, they can use various forms of ART, just as some heterosexual couples do. I can offer two responses here. First, plenty of us have very real concerns indeed about ART.

My next bioethics book will be all about IVF and surrogacy and the many shortcomings and problems thereof. So just because some heterosexuals make use of the various means of ART does not mean we all think it is acceptable. These things are incredibly problematic. See here for starters: billmuehlenberg.com/2007/08/30/concerns-about-ivf/

But much more importantly, the fundamental and crucial difference is this. Heterosexuals do NOT normally need ART, given that they (or at least the great majority) can naturally have children just by virtue of being heterosexual. They need no assistance along the way, because a man and woman together are clearly designed to be able to have children.

In a minority of cases (perhaps 10-15 per cent max) some couples are infertile for various reasons, and so some will resort to ART. We call this biological or physical infertility. They ordinarily are able to have children, but something is amiss, so extraordinary means are sought.

Not so with homosexual couples however. By definition and by reality, they CANNOT naturally have children. They can NEVER have children, except by things like ART. So theirs is a “social infertility”. It is brought about by seeking to do what nature never intended. Human beings are not amoebas and do not reproduce asexually. We are made male and female, and only male and female together can naturally produce children.

Any plumber or electrician can tell you this. For example, only a male electrical plug works with a female one. Two male or two female ends will never get the current flowing. It is that simple and that basic. Men and women in a complementary union are designed to have children, while two men or two women are not and cannot.

There are plenty more such objections raised by the activists, or by those with legitimate questions on all this. Future articles in this series will address them. In the meantime, I have hundreds of articles on this site which have already dealt with these sorts of objections and criticisms.

And of course my two books on the matter, Strained Relations, and Dangerous Relations deal with all this in great amounts of detail. They contain some 1,200 footnotes for those who want everything carefully referenced and documented.

16 Replies to “Dealing With Objections From Homosexual Marriage Advocates”