If you want the short answer: yes it is. But let me tease this out a bit more. In the current debates about homosexual marriage, I have heard far too many progressive Christians try to tell me that marriage is not a gospel issue, and therefore we can just agree to disagree on it. 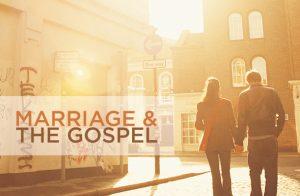 Um, not so fast. Is it really just a secondary or third order issue that we can just give or take? Is it really so inconsequential as the religious left would have us believe? (And bear in mind some of these leftist believers DO say it is a gospel issue – that is, they think we should bless homosexual marriage!)

So let’s lay things out here a bit. Just how exactly are we to define the gospel? If it includes all that Jesus taught us – as it should – then yes indeed, marriage and sexuality are clear gospel issues. How can they not be? Jesus repeatedly told us that if we claim to love him, then we must keep his commands.

To affirm the good news is to affirm all that Jesus commanded. And that includes what he had to say on God’s intentions for human sexuality. Just as you demonstrate that you are no true disciple of Christ if you reject his claims about being the only way to the Father, so too you show your true colours by denying or rejecting his clear teachings on these vital issues.

Thus we cannot really talk about just having our own preferences on this, like we might have on the colour of the new carpet in our church. This is far more important. I like what Sam Allberry recently had to say about this:

Some issues in the Christian life matter more than others. The apostle Paul made a distinction between matters that were primary to the gospel, and issues that were not. In 1 Corinthians 15:3 he writes, “What I received I passed on to you as of first importance.” This is not to say that other issues are of no importance, just that they are not of first importance. Not taking a side on this issue is to take a side. To decide it is a matter of indifference is to risk having Jesus against you.
In Romans 14:1 he instructs his readers not to pass judgment on “disputable matters.” On such issues Christians need to know their own mind and receive in fellowship those who differ. We might consider as examples of present day “disputable matters” issues like infant baptism, or our understanding of the end times. On such matters Christians are free to differ. But on matters of first importance we must remain in agreement if we are to be faithful to the gospel.
There are five reasons why we must regard the issue of homosexuality as being of first importance.

The reasons he offers are these:

1. The witness of the church
2. The authority of Scripture
3. The purpose of marriage
4. The fate of homosexual people
5. The censure of Christ

This is what he said regarding point four:

Paul is very clear that the “unrighteous” will not enter the kingdom of God (1 Corinthians 6:9-11). Among the very various examples of unrighteous behaviour he lists is homosexual practise. Paul is delivering a profound warning: those who do not repent of such behaviour will not enter heaven. Eternity is at stake. To say the issue does not matter is to say that the eternal destiny of people does not matter. This is not the case with secondary issues like infant baptism or women’s ordination.

He goes on the say this:

Not taking a side on this issue is to take a side. To decide it is a matter of indifference is to risk having Jesus against you. Read the description of him in Revelation 1 and consider if you would ever want to risk that Jesus being against you.
This is a gospel issue. When so-called evangelical leaders argue for affirmation of gay relationships in the church, I’m not saying they’re not my kind of evangelical, I’m saying they are no kind of evangelical. This is not an easy position to hold, for I have friends who hold to different views on this subject. But it is the right position to hold. For the five reasons given above, we must never allow ourselves to think of this as just another issue Christians are free to differ over.

Yes exactly right. This is a defining issue as to who is a genuine biblical Christian. I also quite like what is stated in the just released Nashville Statement on marriage and sexuality. Article 10 (of its 14 articles) says this:

WE AFFIRM that it is sinful to approve of homosexual immorality or transgenderism and that such approval constitutes an essential departure from Christian faithfulness and witness.
WE DENY that the approval of homosexual immorality or transgenderism is a matter of moral indifference about which otherwise faithful Christians should agree to disagree.

See my write-up of this important document here: https://billmuehlenberg.com/2017/08/30/the-nashville-statement/

Sadly however, various religious lefties have gone quite livid in their denunciations of this very helpful document. They have torn into it with all sorts of claims, including that it is unloving, unChristlike, bigoted, and so on. It seems they prefer siding with the spirit of the age when it comes to the homosexual debate than siding with clear biblical teachings.

Let me finally quote from Owen Strachan. He has just penned a piece on the Nashville Statement, interacting with its critics, and seeking to understand it in the light of the ministry of John the Baptist. He writes, in part:

Two millennia ago, John the Baptist came preaching Christ. His message was the Messiah; his call was to holiness. As John preached, he somehow gained the ear of Herod, a political leader akin to a powerful governor in our day. John had access to Herod, and he had the priceless opportunity to tell him of his need for spiritual salvation. Surely John spoke of these things. But that was not all he said to Herod.
John the Baptist rebuked Herod for divorcing his wife and marrying his half-brother’s spouse, Herodias. Matthew’s Gospel gives a succinct record of John’s words to Herod: “It is not lawful for you to have her” (Matthew 14:4) We have no extended prologue, no longer record of how the conversation went. Scholar R. T. France notes that John’s comments came in the context of “public denunciation” (France, Matthew, 555). It appears that this happened repeatedly; John did not merely warn Herod once, but “kept on telling” him that he was sinning, and thus in danger of spending eternity in hell.
If our goal as Christians in a fallen world is to gain access to unbelievers and do all we can to keep it, let us be bracingly honest: John the Baptist did a poor job of it. He angered the governor, got sent to prison (where he was chained to a wall), and occasioned his own beheading. Church history suggests that this was not enough for Herodias: she stabbed his tongue with her hairpin. Here is the point for our considerations: it was not the announcement of the Messiah that ended John’s short life. It was the clear declaration of sexual ethics that sent him into eternity. It is a biblical curiosity, rarely preached on, but hugely important for us today in a similarly pagan context: the forerunner of Christ died because he called a wicked governor, a public figure, to repent.
We learn an invaluable truth through John’s martyrdom (he is after all the first martyr, killed even before Christ, showing us just how much of a forerunner he was). We learn that our sexual ethics are not divorced from the gospel. They are bound up with the gospel. You could say it this way: the gospel creates sexual ethics, as I have said elsewhere. The Word of God has always done so. In ancient Israel, homosexuality and cross-dressing called for full repentance (see Deuteronomy 22). In the New Testament era, these same sins are condemned (see Romans 1 and 1 Corinthians 11). You cannot follow Christ but keep your eyes blind to your behavior, or others’. The gospel is a transforming gospel; Christ is a transforming savior (1 Cor. 6:9-11). Sexual sin, as with unrighteousness of any kind, merits a loving response, and love of the biblical kind means not that we affirm sin, but that we seek the rescue of those in danger of the righteous wrath of almighty God.

Yes this is certainly correct. To think that we can somehow present a gospel which has nothing to say about something as vitally important as human sexuality and God’s institutions of marriage and family is to offer a truncated, unbiblical gospel.

The Christian gospel speaks to all aspects of life, including those areas which God most strongly affirms and which the world most strongly attacks and resists. As Martin Luther is said to have remarked:

If I profess with the loudest voice and clearest exposition every portion of the truth of God except precisely that little point which the world and the devil are at that moment attacking, I am not confessing Christ, however boldly I may be professing Christ. Where the battle rages, there the loyalty of the soldier is proved, and to be steady on all the battle front besides is mere flight and disgrace if he flinches at that point.

Now is certainly NOT the time to retreat and engage in cowardly silence, or to pretend this is just no big deal. When marriage is under such ferocious attack, it is incumbent upon every single Christian to rally to its defence. It IS a gospel issue. We dare not pretend we can just sit this one out, or somehow straddle the fence.

As a colleague of Luther, John Calvin, once put it: “A dog barks when his master is attacked. I would be a coward if I saw that God’s truth is attacked and yet would remain silent.”

18 Replies to “Is Marriage a Gospel Issue?”