Anyone who has dared to stand for natural marriage has known all about the horrific bullying, intimidation, hatred and abuse that gets poured on them by the pink mafia. They know firsthand just how horribly intolerant the activists are – the ones who shout the loudest about the need for tolerance and acceptance.

The truth is, the tolerance brigade is the most intolerant group out there, and they prove this daily as they seek to shut down and shout down all those who dare to take a different point of view. The abuse, vitriol and mud-slinging is as nasty as you will ever experience.

I have been on the receiving end of this for decades now, and as some other folks are now waking up to the war we are in over marriage, they too are experiencing this hatred and viciousness. They too are now seeing just what we are up against. 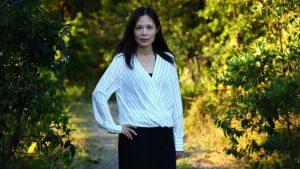 But as is so often the case, the other side keeps over-playing its hand. As they ramp up the bullying, intimidation, and bigotry, ordinary people start to react. They can see for themselves just how nasty this mob really is. Indeed, it drives people away, and in this case, it is driving many folks into the “No” camp over homosexual marriage.

I have seen many people now saying just this: they were quite intent on running with the “Yes” vote, but as they witness this brutal and diabolical hatred and bullying from the homosexual lobby and its supporters, they are turned off. Thus many have jumped ship and will now vote “No”.

Thanks activists – you are doing our job for us. Keep it up – the more you show your true colours, the more ordinary people are repulsed by it. And as I have been saying all along now, if things are this bad now, just imagine how much worse things will be if faux marriage gets the green light.

You ain’t seen nothing yet when it comes to persecution, bullying and bigotry. What we are seeing now is just the entrée. It all gets ratcheted up a few notches when homosexual marriage comes to town, as I have documented in my books and articles so very often now.

Let me offer you a prime example of all this, just hot off the press. Moments ago the media announced that one of the more ugly and disgusting campaigns of intimidation and vilification has just been pulled. I refer to the deplorable attempt to get one mother deregistered as a doctor all because she dared to say marriage is between a man and a woman.

Can you imagine that? Losing your livelihood just because you voiced your opinion on something as important as marriage and family.

I have written up this tragic story of Sydney doctor Pansy Lai here: billmuehlenberg.com/2017/09/02/rainbow-repression-tale-two-ads/

The leftist activist group GetUp! actually had a petition circulating to get her banned from practising medicine – gotta love all that tolerance and acceptance! But now GetUp! has just backed down – big time. All the public outcry – and the fact that this and other acts of bullying are drawing hordes of undecided voters into the “No” camp – have caused them to pull out before things get even worse.

As The Australian just reported:

GetUp! has pulled a petition seeking the deregistering of a Sydney doctor because she appeared in an advertisement opposing same-sex marriage declaring it “inappropriate content”. GetUp! – which facilitated the petition and described it as “powered by GetUp!” immediately distanced itself from the petition after the revelation this morning in The Australian.
The petition, which gathered more than 5000 signatures over the past five days, sought to have Sydney GP Pansy Lai face formal complaints to the Australian Medical Association and the Australian Health Practitioner Regulation Authority for her deregistration and banning from practice as a doctor.
Dr Lai appeared as one of three mothers in the Marriage Coalition television advertisement promoting the No case against same-sex marriage and criticising fluid gender theory in schools. The petition accused her of a breach of ethics for supporting traditional marriage and endangering the lives of young people.
Dr Lai told The Australian she was alarmed by the petition which attempted to cut off her livelihood and was a threat to freedom of speech. This morning GetUp! said there had been dozens of complaints about the petition and was “found to be in breach” of the terms and conditions for petitions facilitated by GetUp! and the petition organisation CommunityRun.

This is terrific news indeed. People power always works. When enough concerned citizens stand united against the bigots and the bullies, things can really happen. Well done to everyone who raised their voices about this. All your work has paid off.

But we must continue to support and pray for Dr Lai. She has been through hell over the past few weeks on this. She has been on the receiving end of so much abuse and poisonous slander – any normal person going through this would long ago have caved in. But this diminutive mum has stood strong, and we all owe her a huge debt of gratitude.

She is an inspiration to millions, and we sure do need more people like her. I salute you Pansy Lai. I am not a believer in human cloning, but if I were, I would seek to have you cloned several thousand times at least! You are a champion. Keep standing strong, since, as you know, this war is far from over.

This particular battle may have been won, but we will keep fighting this for some time to come. And let me repeat what I said above: if you think all this bullying and bigotry is bad now, just you wait if and when homosexual marriage gets legalised. We will all suffer like Pansy Lai when that day comes.

19 Replies to “People Power Wins Out Against the Rainbow Militants”