It must always be the case that core Christian truths and basic biblical beliefs must be restated and reaffirmed on a regular basis. Even though they may be basic or elementary biblical truths, that does not mean we can just assume all believers have a good, solid grasp of them.

So the job of the Christian teacher never ends, and a constant affirmation and explanation of key Christian beliefs is always needed. So let me yet again do just that, this time concerning some basics about sin, repentance and the like. What inspired all this was a recent social media discussion on homosexuality and the church. 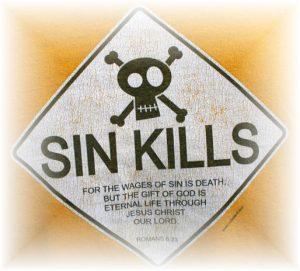 I had posted something on the Bible and homosexuality, with various comments following, and one fellow entered into a helpful discussion on all this. Hopefully our exchange helped to clarify a few things for others. What follows is pretty much how this discussion went:

Him: A friend – a Christian – asked me today, if two homosexual Christians were in a monogamous, loving relationship then will they lose their salvation under grace because of their lifestyle or will they still be saved but have their works burned up on the last day? Thoughts and scriptures please?

Me: Thanks, but we may need to ask a somewhat bigger question here. What does the Bible teach about those who claim to be Christians yet live in known, unrepentant sin (be it fornication, adultery, homosexuality, etc)? Put another way, is there such a thing as a deliberately disobedient Christian? Or is that a contradiction in terms?

Him: Please don’t get me wrong I’m not defending the “case for grace no matter what”…. But am trying to understand the depth of love and power afforded by His blood. If the guy on the cross next to Jesus was a homosexual, and he asked to be remembered by Jesus when His kingdom came…would Jesus have said “I tell you the truth, today you will be with me in paradise”?

Me: But we know from what the thief said, he was repentant and he looked to God for mercy. And so Jesus could say what he did to him. But in your first scenario you had an ongoing and unrepentant sinful lifestyle. That makes all the difference in the world. We are all sinners, but only those who agree with God about their sin and repent are going to be forgiven!

Him: Yes Bill….I agree…what if he were repenting of homosexuality?

Me: It matters not what the sin is. What matters is if we agree with God about it and turn from it in repentance and faith

Him: Otherwise if unrepented and not turned from, even if the sinner dearly loves God he/she will be cast into the pit.

Me: Yes, how can we say that someone dearly loves God if they still doggedly hold on to their sin? That is like me saying, “I dearly love my wife, but I am doggedly holding on to my extramarital affair”. Once again, we have a contradiction in terms. A true Christian may sin, but he grieves over it, repents, and seeks to be set free from that sin. A fake, nominal Christian says he loves God but in fact loves his sin more. Until he agrees with God about his sin and turns from it, he is not a real Christian!

Several things can be said about this brief conversation. One, while this person was asking good and important questions, and was basically on the same page, for many other believers this would still be a hard thing to even consider or to get right. Confusion abounds on such matters.

Many folks really do not know the basics of the Christians faith, including the fundamental truth that a life of regular, defiant sin and rebellion is a pretty good indication of someone NOT being a Christian. So much emphasis has been placed on the love and mercy of God – and those are wondrous and glorious truths indeed – that many believers know or think very little about God’s holiness and righteousness.

So many folks think that because of God’s great love, people can claim to be Christians, live like the devil, and still be found to somehow be right with God. Um no, it does not quite work that way. A life of wilful rebellion and disobedience is not and cannot be what a true Christian is all about.

Related to this is the ongoing need to restate the basic truths about salvation. As I have said so often before, when it comes to the first step of salvation – justification – yes, it is all of God. We are saved by grace through faith and can add nothing to this initial step.

But that is just the beginning. The rest of the Christian life has to do with sanctification – the continued growth in Christ which is indeed a cooperative effort. God gives grace, the Holy Spirit indwells us, but we have to keep making right choices and keep obeying.

There are hundreds of commands in the New Testament. Believers are urged to do plenty to grow and mature as Christians. That includes saying yes to God and no to sin. So while we rejoice in the mercy and grace of God, we dare not take it for granted, nor be presumptuous about it.

Known, defiant sin and rebellion are pretty clear indications of where a person is at. As stated above in the conversation we had, yes the Christian still sins, but it is not something he seeks to excuse or condone or justify. The real Christian knows such sin is wrong, and seeks – with God’s help – to overcome it.

Related to this is just how much of the world’s thinking has permeated the churches. Instead of preaching holiness, godliness and repentance, we simply follow the spirit of the age, and try to make excuses for those wilfully defying the clear commands of Scripture.

The issue of homosexuality is a classic case in point. Instead of affirming the plain biblical teachings on this, we buy into all the world’s thinking on it. We refuse to call it sin, we refuse to affirm what Scripture teaches on this, and we reject God and his Word as we just emote our way through these areas.

We buy the lies of the world that “love is love” and as long as people “love” each other, that is all that matters. Nope, not at all. What matters is the truth of God and whether we align ourselves with it or not. Love is far more than lust or feelings. Biblical love is a much higher and nobler thing.

Many of those who are weak and compromised here will actually quote from the “love chapter”: 1 Corinthians 13. But let me remind them of what is actually found there. Verse 6 brings it all into proper focus: “Love does not delight in evil but rejoices with the truth.”

Love and truth always go together, and a rejection of evil is also always a part of this. So it simply is foolish to speak of Christians being in a “loving homosexual relationship.” One might as well try to argue that a Christian can be in a loving adulterous relationship. Sorry, sin is sin – end of story.

Those conversant with the basics of Christianity 101 will of course find nothing new here. But it is mainly for those who are not conversant with it that I write this – again. I have discussed such matters countless times before, and it looks like I will keep having to do so.

Hopefully however, some folks will get it this time around!

6 Replies to “Christians, Sin and Repentance”