How many articles must one pen to alert us to the fact that the West is now but a shadow of its former self? It is so far down the mental and moral sewer that one wonders if it is any longer redeemable. And leading the way here is the utterly bizarre freak show known as the transgender revolution. 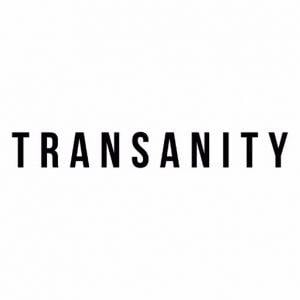 Everything it touches it destroys. Anyone foolish enough to run with this gender bender apocalypse will find their mind turning to mush. They will quickly find themselves with feet planted firmly in mid-air. The mind boggles just to witness this dark cloud of madness sweeping away everything in its path.

One thing we know for sure: you can choose one of two options here, but you can NOT have both. You can either side with reason, logic, reality, biology and even DNA, or you can side with the trans-sanity agenda. But you cannot cling to both simultaneously.

They are mutually exclusive. And the evidence of this is everywhere to be found. Consider just for a moment the land of fruit and nuts – California. The trans madness there is at fever pitch. The most recent bit of madness concerns some new bills that basically declare gender to be a fiction:

SB 179 changes the definition of gender, and creates a third legal gender: non-binary.
SB 310 simplifies the process for inmates to change their names and gender while in the custody of state or county prisons.
SB 396 gender identity sensitivity training: Businesses with over 50 employees will be required to provide at least two hours of training and education regarding harassment based on gender identity, gender expression, and sexual orientation. Misgendering will be considered harassment.

As the California Family Council explains:

At the last possible moment on Sunday October 15, Governor Jerry Brown signed a series of bills that fundamentally change the definition of gender on government documents. The state of California no longer believes in the dictionary definition of a man or a woman, which says someone’s sex is determined by certain physical characteristics. Now in California any man can declare themselves a woman, and any woman can use the word “man” for self identification, no questions asked, no physical proof required.
The words “man” and “woman” now legally describe feelings, and those feelings don’t have firm definitions. Consequently, the words “man” and “woman” are meaningless. And if you don’t think the binary gender choices describe your subjective feelings, you can pick a new legal gender choice called “non-binary.” Feelings, not facts now determine reality.
This will not be the end of our journey into irrationality. It is just the beginning. Just watch what happens now that state leaders have established that feelings are more reliable than physical facts when determining what is real and what is true. God help us. Here is a brief description of the gender bills.
www.californiafamily.org/2017/governor-brown-signs-bills-redefining-the-meaning-of-gender-and-forcing-lgbt-sensitivity-training-on-businesses/

This is above all a war on women. Feminism has now gone full circle. The radical feminists told us decades ago that women are identical to men, that women can do anything a man does, that there are no differences between the sexes, and that a radical androgyny should be the way forward.

Scott Yenor speaks a bit more to how all this came about:

The transgender movement originates in the radical feminist project begun after World War II. The founding mother of radical feminism is French thinker Simone de Beauvoir, whose book, “The Second Sex,” was published in America in 1953.
Beauvoir begins her book by asking, “What is a woman?” Her answer sets the stage for subsequent feminist thought: “One is not born, but rather becomes, a woman.” Society makes or constructs a woman’s identity, not nature or God.
That socially constructed identity would eventually be called “gender.” If society would just stop pigeonholing girls into artificial feminine roles, second-wave feminists argue, they would no longer act as if they were “the second sex” and subordinate to men.
dailysignal.com/2017/07/18/radical-feminism-sowed-seeds-transgender-moment/

Now many feminists groups have declared war on the trans movement for undoing all they sought to achieve over the past half century. Consider just a few indications of this:

A 60-year-old woman was pushed to the floor and punched in the face during a row between feminists and trans activists at Speakers’ Corner. Police are investigating the incident which saw two groups, the Trans-Exclusionary Radical Feminists (TERFs) and Trans Activists, fighting in Hyde Park on Wednesday. TERFS believe that trans women aren’t real women and should not be given the same rights. Maria MacLachlan, a ‘gender critical feminist’, was attacked at Speakers’ Corner in London’s Hyde Park at about 7pm on Wednesday.
metro.co.uk/2017/09/17/woman-injured-as-feminists-and-transgender-groups-fight-at-speakers-corner-6933812/?ito=cbshare

Leading feminist icon Germain Greer has of course lashed out at the very idea that trans women are in fact women. She said: “What I’m saying is it doesn’t make them a woman. And apparently people have decided that because I don’t think that post-operative transgender men, i.e., M-to-F transgender people, are women, I’m not to be allowed to talk.”
www.cnsnews.com/blog/michael-w-chapman/feminist-germaine-greer-transgender-surgery-does-not-make-man-woman

And feminists in Canada have recently condemned trans activism there:

Two feminists have charged that Liberal transgender “rights” bill will jeopardize women’s rights if it allows biological men into spaces that are for “female-born” women only.
Hilla Kerner, who spoke on behalf of a Vancouver rape crisis centre, and Meghan Murphy told the senate committee studying Bill C-16 that men who choose to be women are not the same as women.
Bill C-16 adds “gender identity” and “gender expression” to the Human Rights Code as prohibited grounds of discrimination, and to the hate crime section in the Criminal Code.
The Vancouver Rape Relief and Women’s Shelter is “worried that well-intentioned legislation will be used to undermine the rights of women and the crucial work of women’s groups to serve and organize with female-born women,” Kerner said.
www.lifesitenews.com/news/feminist-criticizes-transgender-bill-if-you-were-born-a-female-you-are-doom

In the UK we just had this insanity. Consider the headline, “It’s not women who get pregnant — it’s ‘people’”. The piece begins:

The government has said the term “pregnant woman” should not be used in a UN treaty because it “excludes” transgender people. Feminists reacted with outrage to what they said was the latest example of “making women unmentionable” in the name of transgender equality.
www.thetimes.co.uk/article/its-not-women-who-get-pregnant-its-people-w3mmzbgwh

The truth is, the status of women is now being threatened by the attempt to redefine sex to mean gender identity. As the Family Policy Alliance puts it:

Worse than enabling men to help themselves to women’s bodies and women’s remedial or protective programs, that redefinition poses a truly existential threat: An administrative ukase decreeing that there really is no such thing as a woman. When the law requires that any man who wishes (for whatever reason) to be treated as a woman is a woman, then “woman” (and “female”) lose all meaning. With the stroke of a pen, women’s existence – shaped since time immemorial by their unique and immutable biology – has been eliminated by Orwellian fiat. Women, as they have been known forever, will simply be no more.
www.mercatornet.com/conjugality/view/transgender-laws-threaten-to-erase-women/19973

The idea of womanhood, the terminology of womanhood, is being erased from public life. We are effectively saying there is nothing special or distinctive about being a woman. Anyone can be a woman, simply by declaring it. We can dress this up as much as we like in the language of tolerance and open-mindedness but it strikes me as plain old misogyny to treat womanhood as such a casual, easily achieved thing. In the name of PC, we risk downgrading the status of women, and women themselves.
blogs.spectator.co.uk/2017/10/the-word-woman-is-being-erased-from-public-life/

Katy Faust offers us a telling summary of where all this is heading:

Goodbye scholarships that encourage women to enter science and tech.
Goodbye female sports teams.
Goodbye protections for women in locker rooms, changing rooms, and bathrooms.
Goodbye to protections for women in prisons and homeless shelters.
Goodbye parental rights when you and the state disagree about whether or not your child should chemically or surgically “transition”.
Hello to the most practical expression of misogyny the world has ever known.

It is time to transcend the trans madness, before women disappear altogether.

17 Replies to “Trans Sanity is Destroying Women (and Everything Else)”