A Christian pastor has recently said this: ‘how urgent is our need to say sorry, and to embark on what will be a long and painful process of reconciliation. To that end, all Christians are invited to add their names to a National Apology to fornicating and adulterous fellow Australians, which includes a commitment to reconciliation.’

Well, not exactly, but he might as well have said that. Simply substitute the words “LGBTI-plus” for the words “fornicating and adulterous” and we have exactly the words of one Bible-denying church leader. I refer to Reverend Dr Keith Mascord, who is described as a “freelance Anglican priest”.

Hmm, that description of him appears to be quite apt – it means “self-employed and hired to work for different companies on particular assignments”. No one seems to want him as a minister, and he seems to be a gun for hire to do the bidding of the radical homosexual lobby.

He penned an utterly bizarre piece yesterday with this incredible title: “Churches who campaigned for ‘no’ must apologise to gay community”. Yes, he actually said that. And his article is as atrocious as his title. The blatant falsehoods, half-truths and porkies found in this piece really boggle the mind. 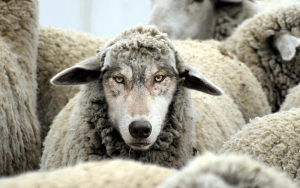 There is not one verse of Scripture provided – not one. He simply rehashes every trendy lie and myth pushed by the homosexual militants. Indeed, his piece reads exactly like any secular homosexual activist piece – zero Scripture, zero theological truth, and zero logical reasoning.

Just the same old tired clichés that have been refuted time and time again. But leave it to the Fairfax press to run with something like this (and ignore pieces to the contrary). Since they will not run with some alternative views on this, allow me to do so.

Let me – yet again – deal with the circus of clichés, myths and illogical claims being pushed here. These articles are a dime a dozen. Same old, same old baloney. He begins by regurgitating the howler that this marriage debate has caused all sorts of “distress and suffering” to homosexuals. Oh really?

You mean they have been the subject of constant and sustained bullying, intimidation and harassment during this debate? You mean they have had their public rallies attacked, interrupted, shouted down and at times shut down or cancelled because of loud and angry protests?

They have seen people losing their jobs for speaking on this, even on their private FB pages? They have had national offices bombed, and their other venues and residences graffitied and vandalised? They have been called every ugly and abusive and poisonous name under the sun?

Oh wait – all this did indeed happen. But it happened to the “no” campaigners. I am not aware of all this happening to the “yes” camp. All this and more has been experienced on a daily basis by those seeking to defend marriage and family.

Yet this guy carries on about how the homosexuals fared – unbelievable! And he repeats the discredited notion that homosexuals are experiencing “high levels of suicide, self-harm and mental health” because of this supposed homophobia.

Um no, they are experiencing this because of the unhealthy and unnatural lifestyle they are living. As I document carefully in my books, things like suicide rates for homosexuals are just as high in the most homosexual-friendly localities in the world, such as Sydney, San Francisco and Amsterdam as anywhere else.

Maybe the lifestyle is at fault here, not ordinary men and women who are concerned about marriage, society and our children. Indeed, he simply applies the ad hominems fast and furious here, accusing all of us who support traditional marriage as being “Australia’s bigots and hateful homophobes”.

Hey, thanks for that fact-filled, rational and highly logical bit of argumentation there Rev. Then he whines about “the essentially dishonest, fear-driven and fear-creating nature of the campaign churches have signed up to”. Oh, so affirming biblical truth, as well as the latest social science research is merely about fear-mongering and telling lies?

Hmm, pot calling the kettle black much? And he once again – in true militant homosexual fashion – claims children have nothing to do with this debate, and will do just hunky-dory thanks. This is one of the biggest lies of the “yes” campaign.

As I and others have demonstrated constantly, marriage has EVERYTHING to do with children and their welfare. And we have now many decades of social science data backing all this up. The wealth of data is simply overwhelming on how important to children are the biological mother and father in their lives, and how they are harmed without them.

But hey, I realise that radical agendas have to bypass the evidence, ignore the data, and just rely on attacking those who dare to disagree. Even more bizarre, he goes on to whinge about “similar bogus claims” such as the “shape of the earth”. Oh good grief!

That myth has been put to bed centuries ago. But never mind – the activists will dig up any idiotic claim to try to make their case, no matter how discredited and patently false. He then goes on to talk about “preventable suffering to those Jesus described as his ‘little ones’ – the weak, the defenceless; the marginalised.”

Um, whoever that applies to, it sure is NOT about the militant homosexual lobby – one of the most powerful, well-heeled and influential groups around. The truth is, homosexuality has been the flavour of the month now in the West for at least the past 15-20 years.

There is no other group which enjoys so much preferential treatment, political protection, media endorsement, popular culture affirmation, and unfair advantage in society than they do. They are invincible, and anyone who dares to question them and their agenda knows all about facing the wrath of the media, the courts, the law, and the intelligentsia.

If there is any group that does qualify as the weak, the defenceless, and the marginalised, it would of course be the unborn, followed by biblical Christians. The unborn are slaughtered in the millions worldwide and are certainly in the “little ones” category that Jesus had in mind.

Does the good Rev regularly write impassioned and emotional opinion pieces for the Fairfax press coming to the defence of the unborn? No, I didn’t think so. And clearly the most persecuted and harangued group in the West today are biblical Christians – those who still actually believe what God said in his Word.

Yet here the good Rev sides against them, and sides with their persecutors. That is some sort of Christian leader we got there. And he ends his mangled piece with what I quoted above. He actually wants us to apologise for standing up for the clear teachings of the Word of God, and for God’s most fundamental of institutions – marriage and family.

If all this makes me a hater and a bigot in his eyes, well, so be it. That tells us plenty about himself and his unbiblical views. It is he who is clearly at odds with 4000 years of Judeo-Christian teaching on these matters. It is he that clearly despises those who affirm biblical truth. It is he that does not have one leg to stand on as he seeks to argue for fake marriage.

It is he who should apologise – to man and to God. One day he will stand before his Creator and Judge. Unless he changes his way, that will be a rather uncomfortable place to be in. The choice is his. He can side with the militants and sexual revolutionaries all he wants.

I will side with God on this one – and I will never be ashamed to do so. Needless to say, we of course must pray for him, and hope that the truth of God will reach him before it is too late.