Here are some home truths on the homosexual revolution sweeping the West, and implications for all sorts of freedoms, including religious freedom, freedom of speech and freedom of conscience:

-Whenever the state enacts something into law, corresponding duties and obligations are imposed on everyone, whether they like the law or not.
-The law can do at least one of three things when it comes to certain behaviours and activities; it can proscribe it, it can permit it, or it can promote it.
-Usually when radical social change takes place we see those three occurring in that order – what was once illegal becomes allowed, and then it becomes mandatory.
-This is certainly the case with all things homosexual.
-Once homosexuality is decriminalised and openly promoted and mandated, then soon enough opposition to it will be criminalised.
-We have already seen this played out countless times in other jurisdictions that have legalised homosexual “marriage”. 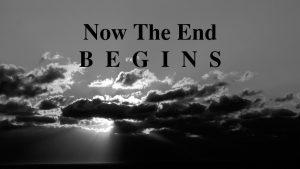 You can bank on these truths, and expect to see exactly the same things occurring here in Australia. With politicians stumbling over themselves in a mad rush to get homosexual marriage to become the law of the land, and with many of them and their homosexual supporters demanding that there be no exemptions whatsoever for religious freedom, this too shall pass real soon.

When the rights of religious folks conflict with the so-called rights of homosexuals, you know exactly who will always win out. Christians especially will be the big losers here, when any and all opposition to the radical homosexual agenda is targetted, and things like the nefarious “safe schools” programs are unleashed on the captive Australian public.

The radical agendas of the activists will always trump the rights of ordinary citizens, especially those of a faith tradition. If we are to learn anything from the overseas’ experience, all these freedoms will be targetted fast and furiously by the state and by the activists.

So all the talk now of protections and exemptions are really not worth much at all. Most of the other nations that have gone down this road also spoke about protecting religious freedoms and so on, but that has by and large been pure bluff. The attacks on freedom of all sorts have been ratcheting up there.

It will be just the same here. Indeed, consider this shocking Australian headline: “Religious debate on hold until SSM legalised”. The article begins:

The same sex marriage bill will be at the top of the Senate’s agenda when parliament next sits, with MPs set to work overtime to legislate before Christmas. There was an emotional start to the debate of Liberal senator Dean Smith’s private bill on Thursday.
Politicians on both sides of the argument expressed their good wishes to couples who would be able to marry when the law is changed. Debate will resume on November 27 with the Senate to sit until legislation clears, paving the way for a late-night session to push it through the upper house.
The bill can then be sent to the House of Representatives for debate, likely to start in the first week of December.
Attorney-General George Brandis believes the bill will pass the lower house before December 7, the last scheduled sitting day for the year. Finance Minister Mathias Cormann said there had been a lot of good will on both sides of the chamber in wanting to resolve the issue quickly.
He told Sky News some issues around religious protections could be left to a later date. ‘(They) might be a matter for another day because they require more substantial and more fundamental discussions. It’s a matter of people of good will working through these issues carefully,’ he said.

What a shocker. Here we are madly rushing through the most radical, socially divisive bill ever, but these guys are telling us we don’t have to worry about any religious freedoms implications – they will just merrily sort themselves out later on! Mind-boggling!

Sure, I believe you guys. I trust you. Let’s just ram fake marriage down the throats of everyone, and pretend that later on we can somehow look at protecting faith and freedom. Yeah, I believe that. It will of course be far too late then if any such discussion does take place. As I said, the “right” to fake marriage will trump any concerns about mere trifles like free speech and religious liberty.

However there is still a bit of talk on the need to incorporate those sorts of matters into the bill now, not later. Consider one recent proposal being debated. Some are now calling for the addition of some or all of Article 18 of the International Covenant on Civil and Political Rights. The ICCPR was ratified in 1966 and put into force a decade later.

Article 18 deals with religious freedoms and protections. It says this:

As one news report today states, maybe some of this can be incorporated into any new homosexual marriage bill in Australia:

Attorney-General George Brandis is considering an amendment to the same-sex-marriage legislation that uses an international agreement upholding religious liberty, in a move to placate conservative MPs demanding extra protections.
The Weekend Australian can reveal Senator Brandis is looking at incorporating article 18 of the International Covenant on Civil and Political Rights into a bill proposed by West Australian Liberal senator Dean Smith, and backed by Labor and the Greens.
Senator Brandis’s move is considered a circuit breaker that could unite government ranks and win broad parliamentary support for greater religious protections as Malcolm Turnbull faces pressure from conservative MPs to uphold parental rights in same-sex-marriage legislation.
Cabinet minister Matt Canavan — a leading No campaigner — told The Weekend Australian he was “open to supporting the clarification of our pre-existing international human rights obligations as a means of unifying the parliament on these historic changes to the Marriage Act”.
The push from Senator Brandis comes after the UN’s Human Rights Committee, in its sixth periodic report on Australia, sounded its concern about the “lack of direct protection against discrimination on the basis of religion at the federal level”.
A coalition of Liberal, Nationals, Labor and crossbench senators are canvassing amendments to Senator Smith’s bill to preserve parental choice, protect faith-based charities and shield individuals from adverse consequences for defending traditional marriage, but have not reached a consensus.

Senior conservatives including Immigration Minister Peter Dutton and Treasurer Scott Morrison are drawing a line in the sand, arguing that key religious protections must not be carved out of the enabling legislation to be held-over for debate in the new year.
The Weekend Australian understands Senator Brandis is considering amending Senator Smith’s bill to incorporate word-for-word the first clause of article 18, which states that “everyone shall have the right to freedom of thought, conscience and religion”.
Liberal senator David Fawcett, who led a parliamentary inquiry into legislation for same-sex marriage, backed moves to enshrine article 18 in law. But he suggested all four of its clauses should be replicated, including the last provision that upholds the “liberty of parents … to ensure the religious and moral education of their children in conformity with their own convictions”.
“Australia has never legislated at a federal level for article 18 and coverage at state level is extremely limited and varies from state to state,” Senator Fawcett said.

All this is just theoretical at this point, and they can’t even agree if just the first clause or all four clauses are brought in. But even if they take the entire lot, I still have massive worries. While the clauses might sound good in theory, as always, the devil is in the detail. Consider especially clause three.

It says, “Freedom to manifest one’s religion or beliefs may be subject only to such limitations as are prescribed by law and are necessary to protect public safety, order, health, or morals or the fundamental rights and freedoms of others.” There you go with those limitations again.

Australia is already awash with all sorts of any-freedom laws, be they equal opportunity laws, anti-discrimination laws, or anti-vilification laws. All stymie real freedom of speech and conscience, and all have routinely been used against Christians especially.

Throw in a legal right to homosexual marriage, and the state will be unstoppable as it cracks down on all opposition, all recalcitrants, and all those who dare to think differently. So even if the entire article were added to the bill, I see it offering little if any protections to religious folks – and others – who will not bow the knee to their new rainbow overlords.

They will easily enough be hunted down and rounded up by the authorities. Sure, this may not take the form of the obvious police state tactics witnessed in former and current communist countries, but the results will be pretty much the same.

A mass crackdown on dissent, on differing opinion, and on those who refuse to call black white will without question take place. Whether jails are filled, or simply more and more folks lose their jobs, get heavily fined, or are harassed and penalised in other ways, the state will certainly act.

So forget about protections, safeguard and exemptions. They are not worth a hill of beans. If the state can dish them out, the state can just as easily take them away. And we know that most politicians do not seem concerned at all about such religious protections.

Do not say you have not been warned. And you ain’t seen nothin’ yet. This is just the beginning of all our troubles.