The homosexual marriage vote in Australia was only announced a few days ago, but we already see where all this is taking us. Let me offer here a number of random, but loosely related, observations and assessments, including many that have to do with the spiritual implications of all this. 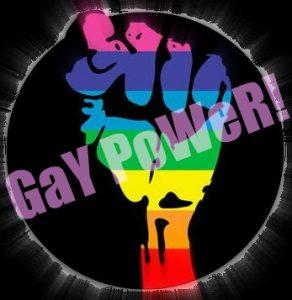 -The fallout from the marriage vote will be utterly devastating. Sure, a finalised bill has not even been voted on yet, but we can assume with all the main parties fully committed to it (with a handful of dissenters), it will go through soon enough. It will not take long to start seeing what a seismic shift this really is. This in fact is already starting, but it will simply be ratcheted up many more notches in the near future.

-The speed with which these parties and pollies are seeking to ram all this through is quite shocking. Would they have been so fast in nailing down the fundamental nature of marriage if a ‘no’ vote had won? If the electorate voted to allow the public execution of Christians, why do I suspect that most parliamentarians would rush a bill through on that one as well?

-All the talk now is about any possible exemptions to protect religious convictions. As I have said so often, most of these exemptions are not worth the paper they are printed on. Not only are they woefully inadequate, but they are as durable as cotton candy. Any government that can grant you exemptions can also snatch them away. Even if the Turnbull government puts a few in place, it is likely that Labor will win the next federal election, and we know that they will pull them out pronto.

-The yes camp is now saying we must go with the ‘yes’ result, even in electorates where the ‘no’ vote won. But you can’t have it both ways. If they demand that Abbott and others respect how their electorate voted on marriage, and insist they run with that, then that goes for Labor as well. They predominate in Sydney’s west, but that is strongly Islamic and it voted strongly against the marriage redefinition. So will Labor MPs there vote no? If not, why not?

-So where is all that counselling and all those safe places Victorian Premier Dan Andrews promised to those who were not happy with the vote results?! Oh yeah, that was only meant for all the ‘yes’ snowflakes if the ‘no’ vote got up. He certainly never had the rest of us in mind.

-The majority can and does get it wrong at times. Here the majority bought the propaganda of the militants, and many may well one day regret being so gullible and so ignorant. But what is true and what is right does not depend on a majority vote. If 99% of the population decide that 2+2=5, they are still wrong.

-In light of the marriage vote, the other day I prayed for a word from the Lord in my morning Bible reading. I got this as part of my regular reading: “On that day a great persecution broke out against the church” Acts 8:1. I believe this indeed is what we will now increasingly see. Real Christians will be the main target of the militants, and things will get worse and worse real fast.

-There is a flood of wickedness, immorality, and ungodliness washing over this land. Indeed, as Paul says, “they invent ways of doing evil” (Romans 1:30). Yet most Christians don’t know and don’t care about it. The only thing that bothers them is the biblical Christian who raises a warning. It was exactly such a situation that saw ancient Israel harshly judged by God and driven into exile. Our prospects are not looking very good at the moment.

-As but one example of the vile, hate-filled anti-Christian bigotry already well under way, simply check out the despicable pics featured in this article. Things will simply get even worse from now on: www.dailytelegraph.com.au/newslocal/central-sydney/controversial-mural-depicting-explicit-act-between-tony-abbott-and-catholic-cardinal-george-pell-defaced/news-story/5ea7f147da0deddca8fa672778e7fa60?nk=90f3049d82debfc3a1415c5b9f767798-1510900594

-The wild celebrations we now see remind me of Exodus 32:17-19:
“When Joshua heard the noise of the people shouting, he said to Moses, ‘There is the sound of war in the camp.’ Moses replied:
‘It is not the sound of victory,
it is not the sound of defeat;
it is the sound of singing that I hear.’
When Moses approached the camp and saw the calf and the dancing, his anger burned and he threw the tablets out of his hands, breaking them to pieces at the foot of the mountain.”

-The trouble is not just those “Christians” who actually voted ‘yes’, but the many who are utterly unconcerned about the outcome, who do not give this the slightest thought. They have zero concern for God, his word, his intentions for human sexuality and the institution of marriage. They just wander through life totally clueless and careless. The war against God and marriage and family and our children does not seem to bother them one lousy bit.

-If you go to a church where the pastor or leader never said a word about this marriage vote, or, worse yet, encouraged a ‘yes’ vote, it is time to flee from that place. The Holy Spirit of God no longer dwells in there, and neither should you. Find a church where the Word of God is believed and obeyed, and flee these reprobate, carnal places.

-This is what champions who stand on principle do: “Margaret Court says she is inclined to end her 50-year association with the Liberals over same-sex marriage, believing the major parties are presiding over the nation’s moral decline.”
thewest.com.au/news/australia/same-sex-marriage-court-may-cut-ties-with-liberals-over-yes-vote-ng-b88660956z

-Those who stood resolute in opposing this destruction of marriage may have lost in the eyes of the world, but you have won massively in God’s eyes. By standing for what is right and what is true, despite all the opposition and hate, you have the smile of God upon you. Well done, good and faithful servants. Keep standing strong.

-“Archbishop Fisher said he wished to acknowledge all those who had courageously spoken up for traditional marriage in very difficult circumstances. ‘From the outset it has often seemed a David and Goliath struggle with politicians, corporates, celebrities, journalists, professional and sporting organisations drowning out the voices of ordinary Australians and pressuring everyone to vote Yes,’ the Archbishop said. ‘What’s remarkable is how many stuck to their guns and voted No or abstained’.”
www.sydneycatholic.org/news/latest_news/2017/20171115_1620.shtml

-My friend Mark Rabich said this in part:
“Friends, the only way forward is going to be diligent preparedness for civil disobedience. Which might come, in fact usually does, in unexpected and instant fashion. You need to be forearmed. And ‘protections’ need to be seen for what they are: a hollow and futile insult….
I have zero faith in our courts and parliaments, even at the highest level – it is obvious they despise the real legal and moral foundations of this country and just find ways to bury them under the weight of modern legalese. May the traps they set ensnare them….
My allegiance is to God and truth and it’s not for sale. I don’t need temporary protecting from evil offered by fallible and unreliable man, I already have something better eternally in the resurrected life of Jesus Christ and his assured and strong promise to me. I must bear witness and obey the highest lawgiver in the universe when an authority on earth departs from common sense, and let God take care of the outcomes.
To be clear, I don’t write this with relish, I write this with deep concern and considerable consternation; I fear failing like Peter or any of the other disciples that ran away if severe testing comes my way. But there is no other possible response that honours Him. I simply pray that God gives me the daily strength to bear witness truthfully to Him to others in a way that does not violate the conscience within me, that voice that He put inside me. I hope I am ready at any time for this. This must remain my highest priority.
My biggest fear is acting unloving towards the one who paid everything to save me. That thought terrifies me, because denying Jesus has such severe consequences: ‘So everyone who acknowledges me before men, I also will acknowledge before my Father who is in heaven, but whoever denies me before men, I also will deny before my Father who is in heaven.’ -Mt 10:32-33”

-Another friend, Ewan McDonald, rightly said this: “This is the inevitable result when a nation decriminalises sodomy. Once sodomy is decriminalised, it is only a matter of time before opposition to sodomy is criminalised.”

He also offered this sad but succinct summary of the situation:
“The marriage survey has at least clarified a few things:
No one can credibly claim Australia is still a majority Christian nation;
Secular (evolutionary) Humanism is the clear majority religion in Australia;
There are only a handful of true conservatives still remaining in the Liberal and National Parties;
A large part of the church is either lukewarm or overtly apostate.”

-Regardless of what legal changes occur today or tomorrow or whenever, and regardless of any penalties for defying the new and bogus law of the land, I will say this loud and clear:
HOMOSEXUAL “MARRIAGE” IS WRONG, AND IS NOT MARRIAGE.
Here I stand. I can do no other.

35 Replies to “More Reflections on the Marriage Vote”