Time for what?! Good question, so let me explain. Earlier today I was chatting with a good friend, a fellow culture warrior, and a terrific Christian leader here in Australia. We first discussed the descending darkness in Australia, and the need to persevere.

We then discussed various Christian political leaders who had stood strong, and have not gone with the PC lunacy sweeping our culture. In the past we have handed out awards to such champs, giving them public recognition for their valiant efforts.

And we agreed that we are running low on such leaders to keep giving these awards to. There just is a limited number of principled and values-based politicians who will side with biblical truth over political expediency. So we started talking about recognising non-Christian leaders. 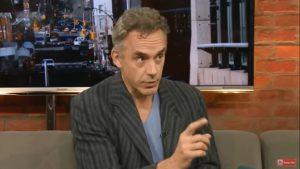 There are a number of these folks who may not be Christians, but more often than not they stand up for biblical values while most Christian leaders refuse to do so. Indeed, the more the church is filled with craven and compromised leadership, the more these non-Christians stand out.

We mentioned some obvious candidates such as Mark Latham. Non-politicians would include Andrew Bolt in Australia and Brendan O’Neill in the UK. Probably 80 per cent of the time they speak truth – and truth that lines up with biblical ethics. They are conservatives, but not Christians, and sometimes they may push things believers would not be happy with.

For example, Geert Wilders, the Dutch politician, is terrific on many things, especially the threat of Islamism to Western civilisation. He is spot on concerning the dangers of multiculturalism and the Islamic threat to freedom and democracy, but he and his political party promote things like homosexuality.

So these folks are a mixed bag, but for the most part they speak more sense and offer more Christian principles than perhaps most religious leaders do. So they deserve a word of praise. They need public recognition, and I think we believers can rightly sing their praises – at least to a certain extent.

And this is where Rahab comes in. For those not in the know, she was a figure mentioned in the Old Testament who was a praiseworthy non-believer. At least she was not an Israelite, and worse yet, she was actually a prostitute. But as we read in Joshua 2 and 6, she did tremendous good to Israel by hiding two of their spies in the pagan city of Jericho.

What is even more remarkable is what we find in the New Testament concerning this woman. In the genealogy found in Matthew’s gospel running from Abraham to Jesus, we actually find her listed in Matt 1:5. Wow, a non-Israelite prostitute (she may have become a proselyte at some point), who is mentioned in this list of forebears to Jesus.

And we get another amazing mention of her in the ‘heroes of faith’ chapter – Hebrews 11. In Heb. 11:31 we read, “By faith the prostitute Rahab, because she welcomed the spies, was not killed with those who were disobedient.” And she gets more accolades in James 2:25:

“In the same way, was not even Rahab the prostitute considered righteous for what she did when she gave lodging to the spies and sent them off in a different direction?” These are some pretty impressive words of praise for a non-Israelite with great faith, mentioned along with folks like Isaac, Moses and David.

So my friend and I were talking about handing out some “Rahab Awards”! Such a title may not sit well with most potential recipients, so we will have to come up with a new title. But the point remains: there are some great secular champs out there who are saying and doing what so many Christian leaders are refusing to say and do.

They deserve some public recognition and appreciation, even from us believers. And I have often done just this. Many times I salute the bravery and willingness of non-Christians who are standing against stifling PC, the attack on Christian values, and the war on freedom.

And I often mention the passage found in Luke 19:35-40 in which Jesus says that if his own people do not speak out, then “the stones will cry out.” One way or another God’s truth will get out. So I have no problems when non-Christians proclaim truth, especially in the culture wars. I have written often on this:

So let me finish by mentioning one ‘stone’ who I am so very impressed with. As far as I know he is not a biblical Christian – although he would affirm the basic Judeo-Christian worldview – but his courage and resistance to the PC baloney is inspiring indeed. I refer to Canadian psychology professor Jordan Peterson. I had written about him several times last year:

Read those pieces if you are not familiar with him. He is especially famous for taking on the transgender militants and the pronoun police. He refuses to be cowed by the activists, and all the new draconian laws being rushed through, making it an offence to not bow down to the gender bender crusade.

A google of his name will get plenty of hits. Let me just draw from one, and then point to a few (of many) terrific videos you can see with him standing strong against the trans zealots and the PC Big Brothers. In a piece in the UK Spectator a few months back we find this:

His claims about gender — that women consistently differ, cross-culturally, from men on many of the Big Five personality traits identified by psychometric researchers — are, in psychology circles at least, not particularly controversial. These traits are Openness, Neuroticism, Conscientiousness, Extraversion and Agreeableness (each of these are technical definitions that are somewhat more precise and different in meaning to their casual usage as terms).
‘These traits are not social-cultural,’ says Peterson. ‘The evidence is crystal clear. As you make a country more egalitarian, the gender differences get larger. Most particularly, women are higher when it comes to Agreeableness — wanting everyone to get along, not liking conflict, compassionate, polite, self-sacrificing — and Neuroticism — higher in negative emotion and more responsive to grief and threat and punishment and isolation.’
The denial of what he considers these fundamental realities has led him to become an outspoken critic of mainstream academia.
‘The humanities in the universities have become almost incomprehensibly shallow and corrupt in multiple ways,’ he says. ‘They don’t rely on science because they are not scientifically educated. This is true particularly in sociology, where they mask their complete ignorance of science by claiming that science is just another mode of knowing and that it’s only privileged within the structure of the oppressive Eurocentric patriarchy. It’s appalling. We’re not having an intelligent conversation, we are having an ideological conversation.
‘Students, instead of being ennobled or inculcated into the proper culture, the last vestiges of structure are stripped from them by post-modernism and neo-Marxism, which defines everything in terms of relativism and power.’
His battle to defend the fundamental tenets of free speech against language control has meant he has had to pay a price. There are videos on YouTube showing disturbing confrontations between him and radical transgender activists.
‘I’m very upset by the criticism — very, very upset,’ he says. ‘But I know what the consequences of failing to engage in the necessary conflict are — and those consequences are worse. To speak words that others told me to speak is to kowtow to a corrupt ideology and would break the part of me that is useful in the world.’
Peterson studied political science — notably 20th- century European totalitarianism — before taking up psychology. This has left him with a dark view of the path that collectivist thinking can lead you down. He is both astonished and puzzled that the crimes of Stalinism and Maoism have not received anything like the attention that has been given to the Nazi atrocities.
Students coming to his classes are often entirely unaware of the mass exterminations those systems of belief wrought during the 20th century — numerically greater than those perpetrated by the Nazis.

Finally, I offer some short videos here to whet your appetite for more:

And a great, brief debate here:

19 Replies to “Time for Some Rahab Awards”